The World is never ready for the birth of a child...

The world is never ready

for the birth of a child.


Our ships are not yet back from Winnland.

We still have to get over the S. Gothard pass.

We've got to outwit the watchmen on the desert of Thor,

fight our way through the sewers to Warsaw's center,

and wait until the downfall of Minister Fouche.

can we begin… Continue

"Astonishing" is an epithet concealing a logical trap...

"Astonishing" is an epithet concealing a logical trap. We're astonished, after all, by things that deviate from some well-known and universally acknowledged norm, from an obviousness we've grown accustomed to. Granted, in daily speech, where we don't stop to consider every word, we all use phrases like "the ordinary world," "ordinary life," "the ordinary course of events." ... But in the language of poetry, where every word is weighed, nothing is usual or normal. Not a single stone and not a… Continue

One of my favorite blogs....

Does the BP oil spill even exist?

Could it be, that all stories, regarding the BP oil spill are just mad fantasy?

Nothing more than just Media-Sorcery?

What would be the consequence if you believe in an event which doesn't exist?

Could everything regarding the BP oil spill just be another FEAR-based-(mind)-program, making us belive the whole ecological system will be destroyed or seriously damaged?

What if that "doomsdayscenario" isn't real?

No oil spill, no ecological…

Can everyone feel the change? Energies are flowing in direction of ascension hyper travels. Doors open for us all the time it is us that refuse to see them. It is becoming so intense that the portals are drawing us closer everyday I feel more magnetic. And it is because I know not believe I know.
Most think that belief and knowing are the same thing but it is not. I am a woman right and that is true but you don't have to believe that it you choose not to. The truth can not be dissected it… Continue

I am your constant companion.

I am your greatest helper or heaviest burden.
I will push you onward or drag you down to failure.
I am completely at your command. This could be a type of child abuse if you know what I mean.

I always had a feeling I could contact extraterrestrials but I do not know how, I have done it as a child and I was wondering if there was a way that works to get their attention and make them contact you.?

If everything were here
If anything is now
I like the way it is
I like the rightfull tow.
If you were here with me
And i believe in you
I search myself with me
And all i find is you.

No more fear i say
No more fear to play
IT's all gonna stop now
I hear the healing bow
And all becomes one.

This happened about a month ago,but i just watched a video who remind me of it.I must say that even i try to ignore it only by thinking or remebering of that experience creates me fear,and sweating.

So,it was around 23 or 24 pm when i went to sleep and in a minute or two i got asleep ( by the way,even now as im writing i feel the presence of something watching me and trying to scare me).

I was dreaming that i am in bed and sleep ,and woke up (in dream) and i saw someone at… Continue

The Awakening: Telepathy & the Gifts of the Spirit (pineal Gland) 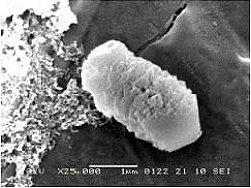 Professor Sidney B. Lang, of the Ben-Gurion University of the Negev in Israel, and Drs. Simon Baconnier and Rene de Seze of the National Institute for Industrial Environment and Risks in France, have recently discovered the presence of new microCrystals that are forming in our pineal gland. This is a process mainstream science is calling biomineralization.

"Time to save the world
where in the world is all the time?
So many things I still don't know
so many times i've changed my mind
Yes I was born to make mistakes
but i aint scared to take the weight
so when I stumble off the path
I know my heart wit guide me back"- Erykah Badu

What do you all think? I feel as if she…

US rule could keep Iroquois from lacrosse tourney

CAN ANYONE SAY "EX POST FACTO"?....would that apply here?

Okay so nowadays i utilize the TV as a tool for deciphering different things, not much for entertainment anymore. How I decide what I watch is going through the tv "guide" (different words and phrazes are funny to me now) and I look at the titles to see what captures my interest. Anyways last night the History Channel had this on. I didn't watch from the beggining but the part I did catch was of some scientist experimenting with some helmet of which he called the God Helmet. He…

Frauds of the UFO circle

Professor George Adamski claimed to met Orthon, man from Venus and took pictures of Venusian spaceships.
Truman Bethurum claimed to met a space woman named Aura Rhanes from the planet Clarion.
Daniel Fry claimed to met Space People who were descendants of the ancient civilization of Lemuria.
Howard Menger claimed to made contacts with Space People from Venus, Mars, Jupiter and Saturn.
George Van Tassel claimed to be contact with the 'Council of Seven Lights' which rules this… Continue

this will make you sick resistance!!

how long can they get away with this....?

In his 2002 book Lost Languages, Andrew Robinson, then the literary editor of the London Times’ higher-education supplement, declared that “successful archaeological decipherment has turned out to require a…

THings are unlocking at a rapid pace for me. I don't even recall when this journey began, but I know it's happening, and I'm absorbing and obhserving. I finished reading the code to the matrix, and I must say it answered a lot of my questions as well as gave me more questions, so I will definitely reread soon. So anyway today was the Lunar Eclipse at approx 3:15 pm EST. I'm trying to get away from the distraction of television, however I'm not sure I will totally eradicate it as it provides…

Lately I have been dreaming of spaceships and I was wondering if anyone else has experienced the same type of dreams. One ship was entering a body of water and I dreamed I was over a friends house and a spaceship was passing by in the clouds and turned around and picked the family up. I had another a little weird, but a cat was flying a small spaceship (LOL) I know.