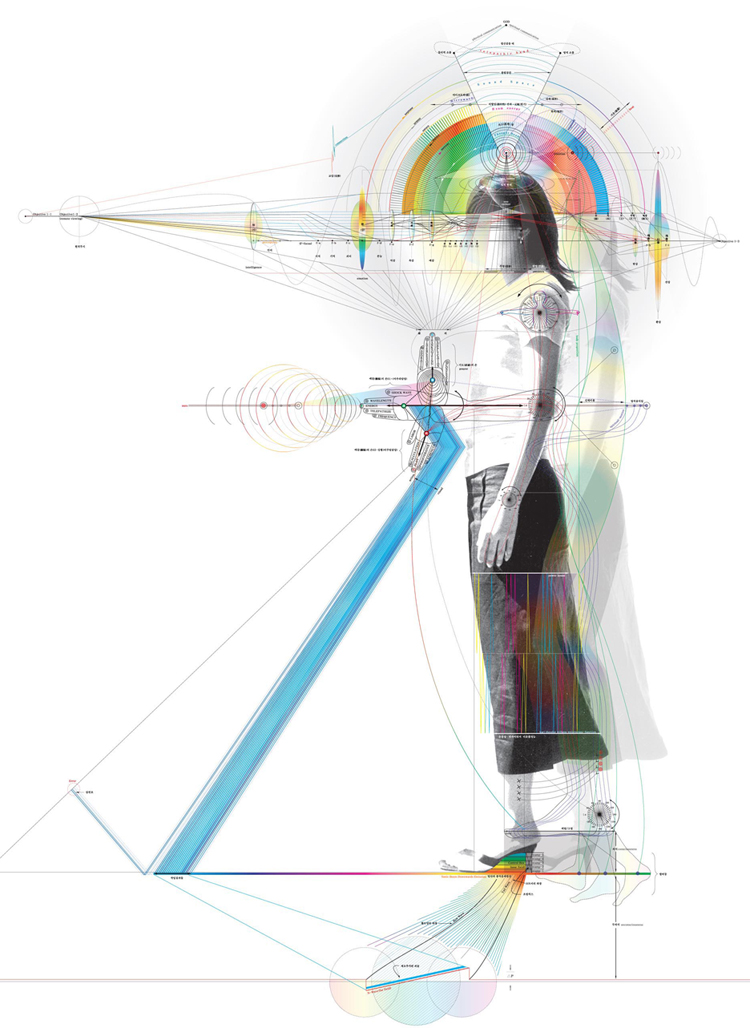 AN ANCIENT SYSTEM VS MODERN A MODERN TIME

It is high time the ancient knowledge be restored and humanity be allowed to explore once more what rightly belongs to them. Todays show is centered around the Innerverse and the full innerstanding of its innerworkings and potential. We will look in to ancient and modern systems of thought and belief to see that they all eventually lead to a knowledge that was prominent in the ancient times but now scarce.

We will address how has our ancient system been put to use in modern times. We will see if it has been put in dormant status or is it being utilized by the powers that be for an entirely different purpose, one that may not be beneficial for you. We will also talk about application of the ancient knowledge in modern society. "WE THOUGHT WE HAD GONE FAR, ONLY TO LATER REALIZE WE HAD JUST BEGAN" Unknown Seeker 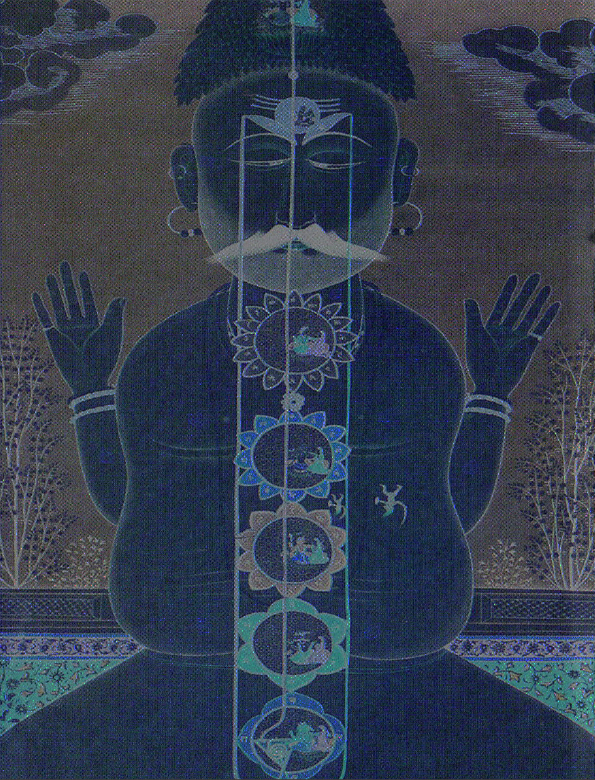 We will trace the ancient tradition as far back as possible to see how it has been changed over time and suffered corruption. It will be clear that all powerful beings of the past now called gods, possessed the knowledge of the activated body.

LEVELING UP HAD AN ENTIRELY DIFFERENT MEANING FOR THE ANCIENTS THIS IS NOT A BOARD GAME

Beyond the fearful imagery you find the secrets to the Innerverse. We will discuss how dark symbolism shrouded the ancient knowledge to protect it from the profane. The indication of raising one hand in meditation means fearless so those who had fear could never penetrate the secrets. You will notice the Dragon or World Serpent which is the Universe on spiral surrounding the Zodiac of beasts. 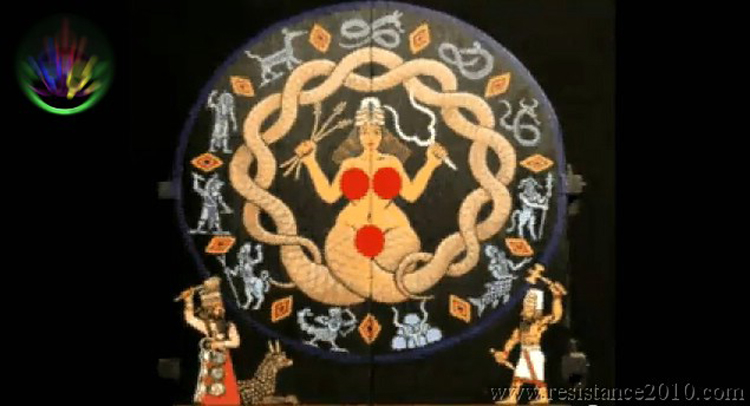 TIAMAAT MOTHER OF MONSTERS OR BEASTS OF THE ZODIAC

You see the Sumerian culture follow in suit showing Tiamaat as the immediate Universe with her spawns known simply as the signs of the zodiac or elemental natures that create life on the dimension. The Maya show they were "In the Know" also, showing that the body is indeed the Beast. The name is the number of man, 666, a carbon based life form containing 6 Protons 6 Nuetrons and 6 Electrons. 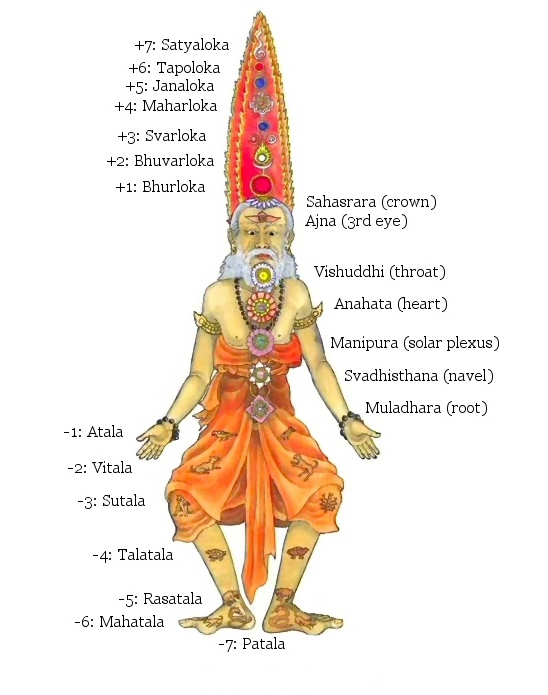 THE HIGHER LEVELS AND THE LOWER WORLDS

If you notice here in this diagram the lower worlds always related to the animal nature or the foundation of the higher worlds. All this of course is taking place within. To travel the innerverse you need look no further than yourself. MORE MODERN CHART OF THE BODY AS THE ZODIAC

Witness the modern cultures catch on and also watch how the secrecy and greediness
shrouds the entire system in the darkness of ignorance.

Alchemy is nothing more than the ancient knowledge of the Chakra System and Kundalini wrapped in confusing terminology, purposeful confusion, and external tales of turning dirt in to gold to gain riches. The truth is the Soul in its begininning stage is the dirt or fool, when it is refined it becomes the gold or wise. CYMATIC CORRESPONDANCE TO THE INNERVERSE

The body itself is in harmony with the Universe when alive or unconscious however the tones are the indicators of consciousness. Learn that you are in the orchestra of an organized organism called The Universe. Your "Organs" play your tune, learn to become the Universe Frequency or coherent wave. 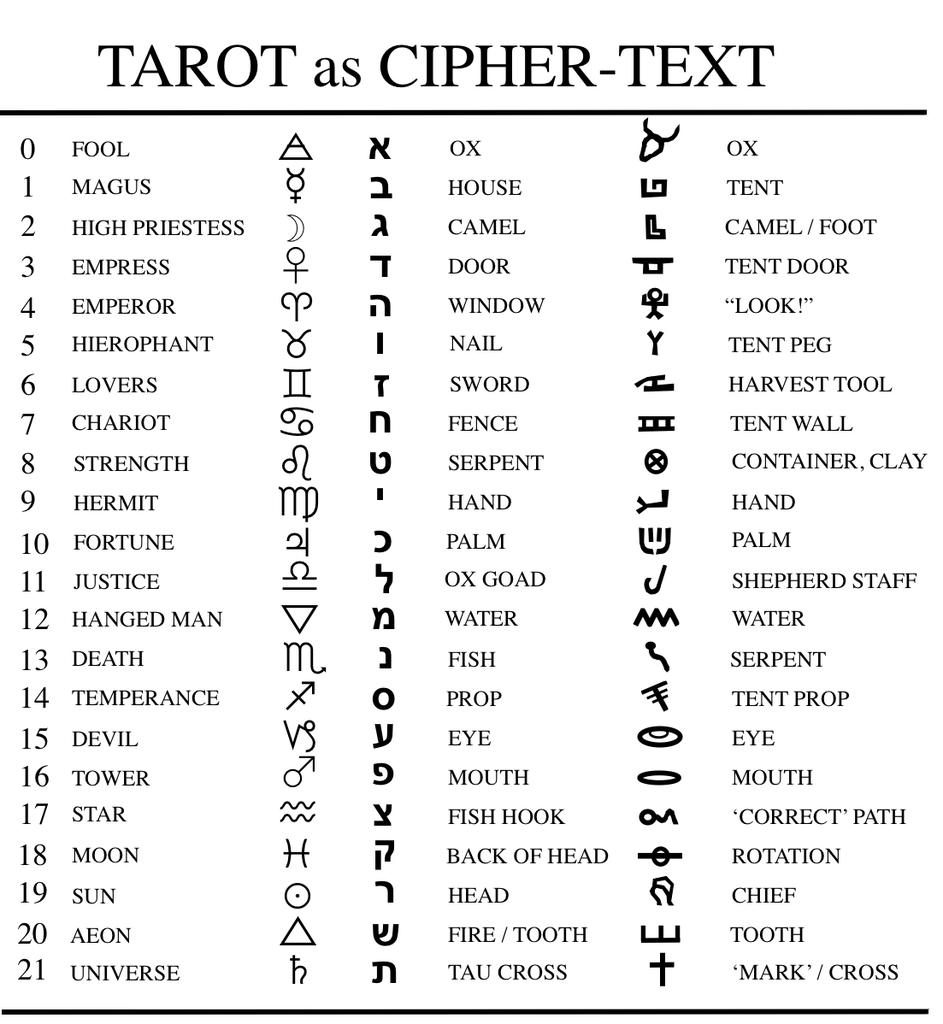 Our Words for our World one the "L" or God is added it brings it to life. Be aware that you are dealing with a system that intwines continuously on all levels, you can do something here that can effect all your hyperdimensional counterparts. Only ignorance separates you from the Truth about yourself, with this type of knowledge you begin to see clearly again. 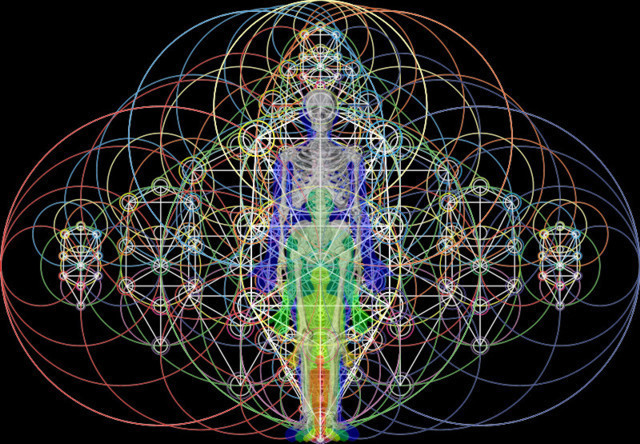 We are all fractals if this was not true than another human could not come out of another human. The mother births the child in to this dimension. Because of our fractal nature we live inside of the exact diagram to the Universe and Innerverse thus we have access to everything as long as we known its location and vibration. Once again the human body is a fractal repeating itself across space visible and invisible. This is why your entire body is in your feet or your face and even your torso. 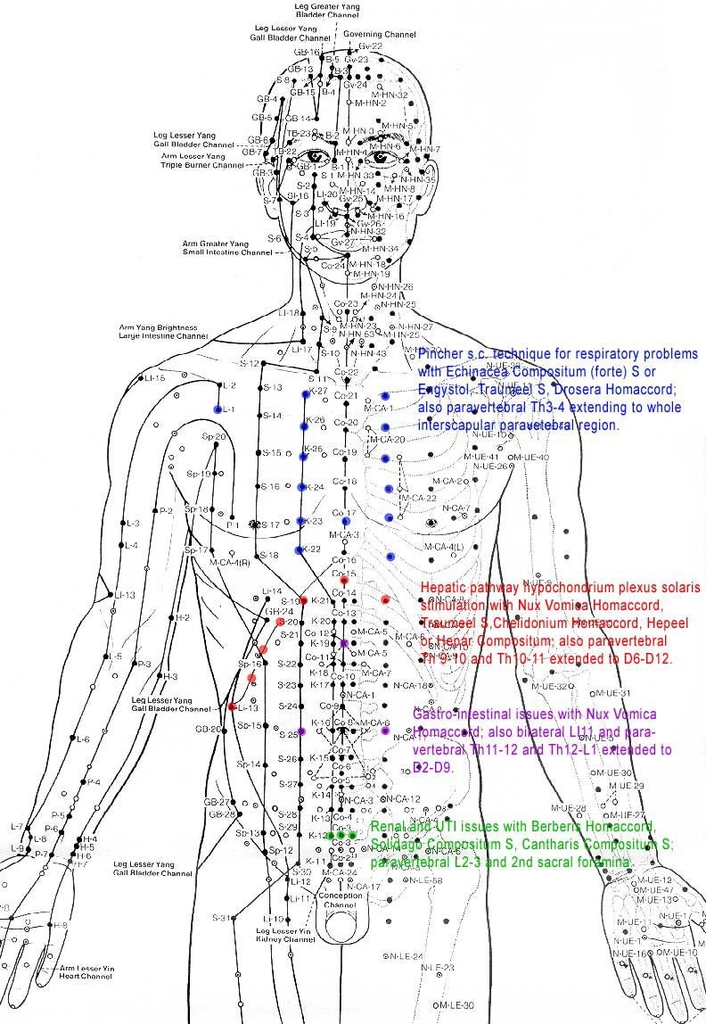 If this is true have you ever wondered were the stars are then? Each point in the body is a star, new discoveries about the body are made everyday just as new stars are discovered all the time. 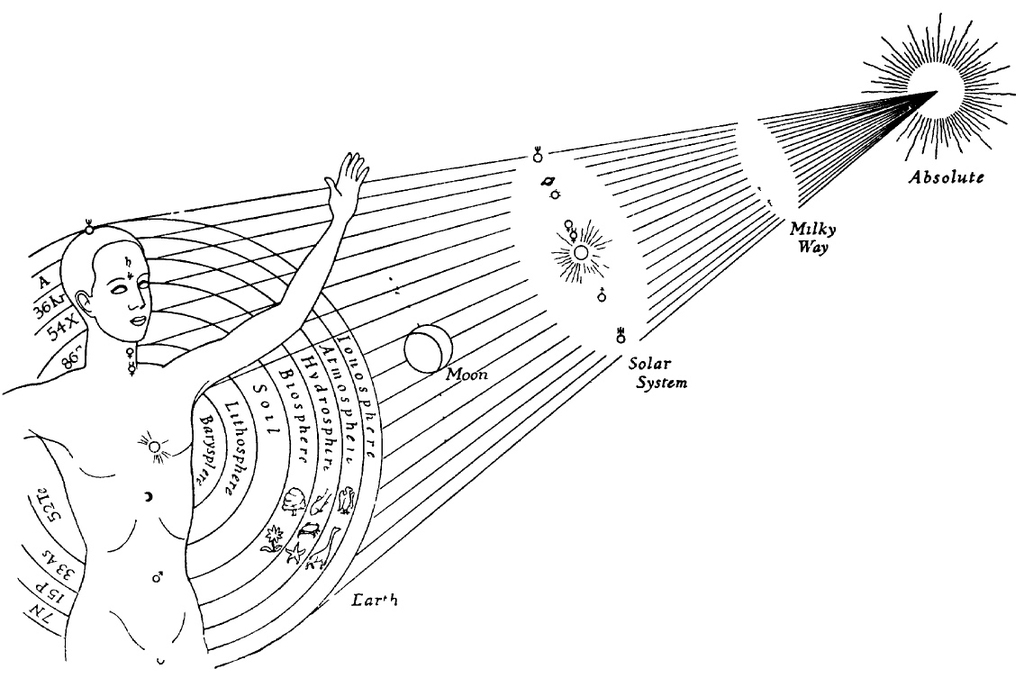 THE REAL POSITION OF THE CHAKRAS

As you can see the chakras are not necessarily in a straight line but actually correspond to the location of your organs. The energy itself meets in the center or spine areas. The reason why the Chakras are places side by side is that the energy must go up in a zig zagging fashion creating the spiral of energy we call the Aura. CLIMB YOUR SPINE - RAISE KUNDALINI AND RAISE YOURSELF FROM THE DEAD 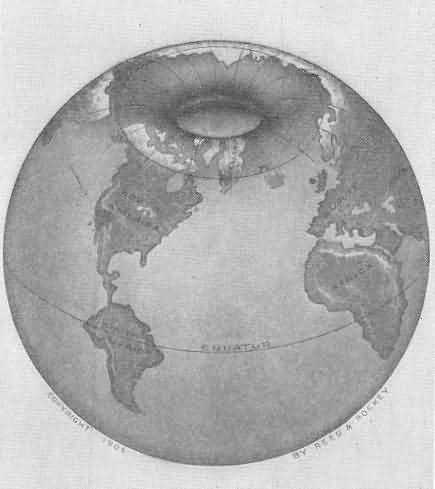 Remember our Earth also corresponds to our body and the Universe. The center of the Earth is actually the Spine of the Earth. This is why there are entries at the North and the
South "pole" likewise caverns that lead to the center just as our mouth, anus, ears, and nose have holes. The Earth breathes in and out constantly. 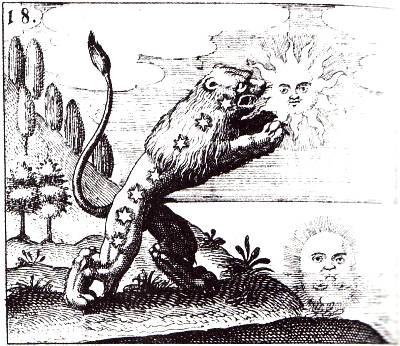 (FEARFUL) THE BEAST WITH SEVEN STARS - (SIMPLE) HUMANS WITH CHAKRAS

To be continued during showtime... we will discuss how the knowledge becomes defaced, literally.

Press play on the widget below during showtime or go directly to the link above. Chat room will be available.

Love all of it! Fantastic information.  Gratitude for the work and energy invested.  Namaste

Thank you the show, your presentation and these accompany images are incredible.  I will miss the weekly shows but excited to see how the alternative and nex level plans unfold. Thanks and blessings

Very nice teachings sevan! you are doing a very good job!!congratulations!e don't lose on of your radio shows!keep giving your love, knowledge and wisdom!!fiat lux!anil mir an ak reh

Wow, loved ALL of this, and so much detail with the pictures too. Many thanks.

No separation or cutting away what is me, that is what I needed to hear. It explains a lot. Thank you Sevan, very much.
This is what I always pictured. I've even seen the mystic tablet without seeing it, in the waking world. It also explains why many of the alchemical wedding symbols we see are the negative ones, very sad to be spoon fed only one side of ourselves.

Surface thoughts on the Alchemical Wedding, never read it before, but it draws me to it a lot. Like much of this great work you've put together seflessly - yet again :).

Higher Symbols - Left to Right
Sad thing is the only one I can see at all, is the 5th one along, the reversal of the common understanding of a the beast (horns), to its positive shape, arrows outward or a path. Tri Language, star etc.
Not sure if that helps anyone, just what I see.