THE MEANING OF THE LETTER M

I ASK THAT YOU CENTER YOURSELF AND PREPARE FOR THIS BRIEFING

In my deepest studies I have often come in to conflict with various forces that were very difficult to identify. Some appeared to be of a masculine force while others appeared to be feminine. In addition there appeared to be a role swapping within both parties. Many have also had this issue and in many cases have been forced to place all of these mysterious forces under the title Gods or Goddesses and then promptly rid their psyche of them entirely. Now we have a much more precise categorization of these forces and this is what you will learn about in this post.

To make it very simple there is a Positive Masculine and a Negative Masculine which of course gives us a Positive Feminine and a Negative Feminine to make up 4. It is very easy to identify these forces (4 Ces) especially in common lure. It is obvious that the jealous behavior and continuous murders of non-adherents in the Old Testament Bible is a good example of the Negative Masculine Codename Baal Bull. In conjunction you have the Crone Phased Witches Covens that work against relationships of love, new born children, and nature and they are under a faction Codename Lilith. This gives us a good example of the Negative Feminine.

Of course the Men who protect the Women and Children of the Universe along with using their logical side of thought to develope higher levels of creativity have began to work inner alchemy. Those who create tools that will assist humanity in its upward spiral towards growth and the meaning of life in the Universe make up the Positive Masculine. The Women who nourish the Seeds of the Planet in so many simultaneous ways using their essence of love and compassion which radiates upon all organic life we salute you as a model example for the Positive Feminine. 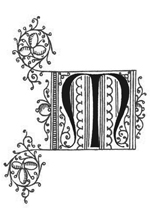 The letter "M" is one of the most mysterious letters in the English language. It is also one of the most powerful so it will only benefit you to get completely familiar with it. The letter "M" is by far not exclusive to the English language alone, its vibration pops up in all sacred languages, symbols, and runes. "M" is located in the Middle of the English language making it the 13th letter. Many have suggested that the English letters have no direct numerical equivalent and cannot be counted in such a way that A is 1, B is 2, and C is 3. In certain cases with English letters this is correct because there is a tumbling cipher to English Cabala, however not with the letter "M", its numerical equivalent is 13 and that can proven in numerous ways.

The symbol "M" is actually that of Mountains which were called by the Ancients breasts. This is because a great deal of Material resources have always been located

within mountainous formations. If you have ever seen a huge mountain and then wondered what is inside of it you are on to it already. Most mountains contains huge deposits of Gold Ore, Minerals, Crystals, Gems, etc. within them the only thing that remains is for it to be mined. You will see how being in the physical body or Mass is liken unto you being a Mountain and of course there are plenty of Beings running around trying to mine your mind.

The entire human body is filled with curves and peaks which is fitting. In order to have complete clarity you must first innerstand why everything that is made of flesh is considered feminine even if it is masculinely gendered. Many scholars, seekers, magicians, pagans, and others in failing to divine this Universal Law have been shipwrecked on the rocks of esoteric confusion. Now I will explain in detail why the word Masculine contains MA even though it is supposed to men a Males character, which also begins with MA by the way.

It is known that the Multiverse Oversoul is that of a Supreme Light Spectrum traveling in the highest frequencies for the sake of Speed, Propagation, Impact, and Exposure. It is the premium way to travel when moving through an unnamable expanse that must be triangulated as you go less you become utterly lost. So in short the flesh is not the premium vehicle for travel through the Cosmos it is rather a vessel, jar, or container that all things discovered in the adventures of true innerspace faring are kept. 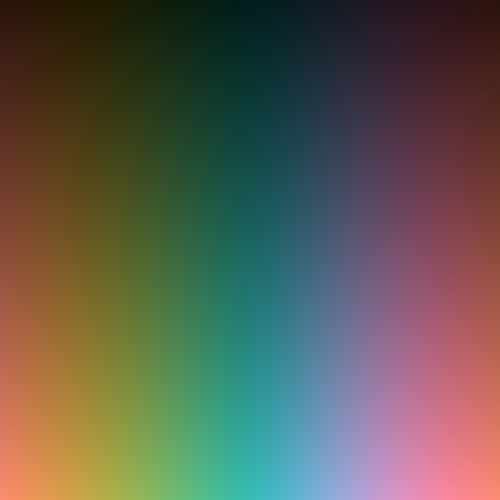 So when the first Light Spectrum, this means all 7 colors including the hidden 8th, reached our Sector of the Universe it was said to have descended and hovered upon the water. Because these texts which make up the beginning of the Bible were plagiarized from much more ancient texts do not feel like this is the biblical rendition of the creation story. It is rather common sense when you are an Adept because all things are first formed the same way and then the environment works to mold it into different designs over time. It is already known that DNA is effected most by its environment.

This water being referred to is not the same water that we drink but more like the amniotic or plasmic fluid that is located within the woman's womb. This also gives us a brief opportunity to witness M's other counterpart W. If you did not notice W is M upside down. W is the dual vessel while M is the vessels full and in motion, more on that later. So the Water received the Full Spectrum Light from the Multiverse Oversoul and this created life on this Planet as we know it. What rises first from the water are mountains and landmasses and everything ensues from there but one is to never forget that if the fluid can support life it must have had life already.

Many believe mountains and landmasses are inanimate objects, however, when you have use of the third eye you see that nothing could be further from the truth and that each of these formations have different characters and emit various essences that influence everything around them. This is also why priests, prophets, and seekers were known to go to mountains before or during their time of major spiritual experiences.

Having this knowledge you can later on see why stories such as the Power of the Stone and the Titans being made of Stone themselves were formed. The first land Masses were in fact our Ancestors who always resided on the primary frequency which is very firm and virtually immovable. This is also why you have terminology such as Mother Russia or The Motherland of Africa. This is also why you see many of our Ancestors fight for their land and territory as if they were fighting for their own Mother.

Woman has the responsibility of bringing the Seed or Spark of Life in to physicality for lessons of experience. This can be seen when a woman brings a child in to the world. The Womb or "Ma"trix as it is called is used as a place to cultivate the Lights of Life as explained above. So in effect anything that is being cultivated in a Womb that is flesh has always been seen as part of the Feminine whether it be gendered Male or Female. It is more a matter of density and mailability then one of personality and character. This later leads to terms like The Children of Men which appears separate to titles like The Sons of God. Although these distinctions dissipate the more you realize you are everything the phases in between consists of such labeling to assist those inside of the experience in demarking were they are on the Path.

So now you know why the Spirits, Thought Forms, Ghosts, Eidolons, and various other Etherial Light Forms (ELF) have a tendency to be brought across as if they are more superior than Mankind when in fact they are just in a different stage of the Cocoon. This is also why it is important for you to develop yourself as much as you can while inside of the Universal Mother as it will serve you across your existence to be equipped for whatever experience comes next.

To finish we are referring to the knowledge of letters and numbers and how their vibrations and symbology effect things. "M" is a zig zagging vibration or the pattern you experience when you are watching the formation of Sound Waves which is the biproduct of the Full Light Spectrum. This is also what makes it a Mother Letter in the cabalistic tradition. It is to say that all Sounds/Humans brought forth on this Planet come from the "M". Human contains HUM because sound is a big thing for us which leads us to look at our music much more closely.

Simplified this means that all life that has been brought forth on this Planet including trees, animals, humans, insects, and everything else organic is done so by the Universal Mother, this cannot be argued. As mentioned before the difference between The Universal Mother and Woman is the Universal Mother can bring forth more than just another human from Her Womb, do keep this in mind as you progress.

Its also obvious by now Ma is Om and it transcends much further than our modern interpretation of Female and Male.

The twin opposing vortexes represented by the M

are illustrated in this video:

INVESTIGATING WORDS THAT BEGIN WITH THE LETTER M

Comment by Niels Wijdenes on February 10, 2012 at 4:49am
Niceone, this gives me much more innerstanding and insight. It also clarifies a lot to the code. Thanks alot.

To the point, thanks for the pre-briefing.