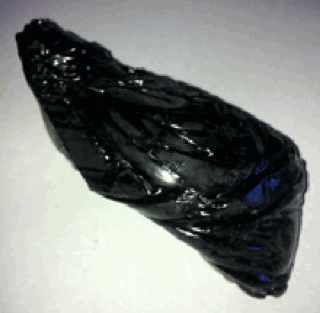 This is simply the finest Shilajit available in the world. Harvested in Ladakh at elevations of over 3000 meters, the raw material is processed through an elaborate series of Ayurvedic stages to produce the pure elixir found here.

The energizing and adaptogenic (promoting strength, stamina, and stress relief) qualities of Himalayan Shilajit have been known for thousands of years. According to a millennium of Ayurvedic research in India and Tibet, Shilajit is a true rasayan (tonic, rejuvenant) which promotes mental and physical energy, regulates blood sugar levels, stimulates the immune system, increases chi/qi/prana flow, and speeds recovery from sickness and exercise. It is regarded as one of the most important ingredients in the Ayurvedic system of medicine. Modern research has shown that Shilajit contains at least 85 minerals in Ionic form as well as humic and fulvic acid. It works as a powerful anti-oxidant, and thereby delays aging. Traditionally Shilajit is taken with pure milk to enhance energy, sexual stamina and spiritual power.

We can say with confidence that not only is this the purest product we have tried, it is also the most powerful. An amount the size of a lentil or black peppercorn should be taken with hot water or warm milk, first thing in the morning. Refrain from eating for at least 20 minutes after taking.

Each jar contains 15 grams of pure material which will last at least 2 months, you will not be disappointed.

"I have tried a lot of different kinds of shilajit: powders, liquids, and pastes. This is the only one which I could truly feel. The energy is pure and refined, and the amount of material is so small I can hardly believe it's this powerful!"

We have finally secured a tested source for Pure Shilajit. Here are the facts. In several conversations about certain individuals walking amongst us with large amounts of Chi power such as Dynamo Jack I was always inquisitive if there was anything beyond meditation that they were doing in order to build such high levels of Chi.

I began to discover through various channels that in fact they were and that Alchemy played a major part in Chi building, development, and cultivation. I come to tell you Alchemy is alive and well in the East and they are constantly taking large steps into higher consciousness. The fact is there is entirely too much disinformation abroad and a bulk of that comes from western fear and ignorance as they are raised to believe that they are more superior than people that they have never even met or in many cases have only met the third generation westernized descendants of.

So what should you expect with the super tonic? A guaranteed undeniable boost in spiritual energy, perception, and growth. No Placebo. I have talked about this combination on the show not wanting to hold anyone back from attempting to obtain it but the fact was getting "Pure Shilajit" became a task as there is Shilajit available on the internet but in almost all cases it was someone in the East selling very low quality Shilajit in large amounts.

Notice: Present FDA (Food and Drug Administration) and DSHEA (Dietary Supplement Health and Education Act of 1994) guidelines and requirements. We are prohibited from making claims that our products will prevent, treat, cure, or diagnose any diseases. Additionally, we are required to label these products as "dietary supplements."

Thank you for the  insight. I will be starting them soon. Wholeness

Comment by Jesse Jane Yandell on October 5, 2014 at 7:08pm
Been taking shilajit with etherium gold about a week and my dreams are crystal clear!!

Have been taking shilajit for a few weeks now. It is as though my body has been waiting for this element as a next step of the journey. The connection to source seems more consistent and tones are more present. I am better able to maintain balance in stressful situations. Have been taking with AlphaBrain which has enabled sharper thoughts and concentration and the ability to tune into the moment. Thank you for offering these activation tools on your sight!

Got my shilajit and took it with the etherium gold for the first time doing both! The effects got me feeling like i'm walking through a dream... Wow i'm feeling like i'm capable of playing sports all day with ever getting tired.

Finally, My Shilajit just came in the MAIL! My sister just said, " Calep P, you are too excited." I smile :)

I got my Shilajit last week and I should say it is excellent and real. I felt the vibration on my palms.

Hi Sevan, can you tell me if it is still possible to get Pure Shilajit, Jing Builder and Etherium Gold and how long will it take to arrive to me here in New Zealand, or can i get them in New Zealand?

I have ordered some this week :) waiting for delivery

Is this pure Shilajit still available to order?

Comment by Raymond Gene Key on July 9, 2011 at 1:39pm
i am glade to hear about this now i have heard in the past about it but was really unsure as to wich i should get now i have a good reference to a couple good sources thank you seven and greg.I got to get some of the pure for me first,i have tried many gotu kola powders and there can be a real difference.lets mix it up.Just like in resident evil mixed herbs have greater effect yellow red and green

Comment by Greg Clif on July 8, 2011 at 5:46pm
I've done both except the Jing Builder. If you want the full effect of the shilajit take it with warm milk. That is how the adepts in East India could tell if the shilajit was real is it will dissolve in milk. If the shilajit is taken with warm milk it releases the aphrodisiac affect a lot more.

Comment by Kv_Three_O_Five on July 8, 2011 at 1:32pm
Great post Sevan...Cells Salt, Ethirium Gold....Jing builder  now This...I Feel Like An Autobot with all this transformation! lol...WBV to all

Comment by Jamar Haynes on July 8, 2011 at 12:36pm
I have used therium gold for a while as well as jing builder. All I need is to add the new component to the mix. I am transforming my body. Thanks Sevan

Comment by Joeronimo on July 8, 2011 at 12:27pm
Sevan good timing I was shown a video yesterday by a friend on decalcifying the pineal gland, shilajit aids in this process by removing various metallic compounds that originate from our fertilizer laden diets that leave certain chemical compounds to accumulate, will post soon.