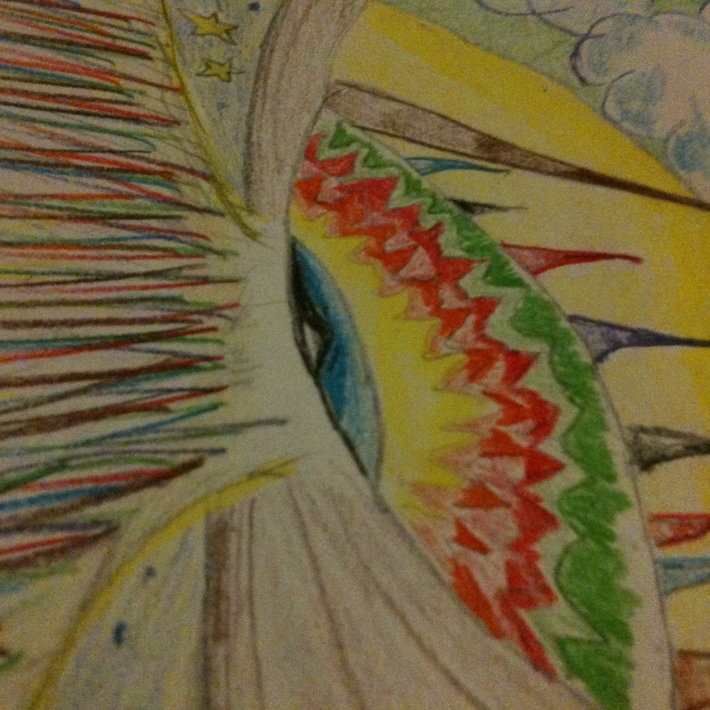 Authentication - Please enter the title of any spiritual book to verify you are a real person.
Code to the Matrix

How did you find out about the Resistance?
Friend

THE BOOK OF CALEB

Raised in sunny San Diego, I lived life as an alien until the summer I discovered the fastest way to “fit in”. The radio. Switching my middle name, Caleb, to my first, was the first step. Then studying the daily “rap” message on the local airwaves followed. Television, came next, then imitating the popular “All-American” kids in school sealed the transformation. From the alien, Chukwudi was, Caleb became the American. Eating double cheeseburger, steaks, spaghetti, fried chicken, and hotdogs to Sunday mornings watching my favorite football team. Monday mourning getting ready for work to rush home home for monday night football to practice on my English cursive and spell-ing with other fans.

It took Fifteen years before I traveled back to my birth home. The place where I cried because I missed, then hated and now love. I was 19 when I made my first voyage back “home” and since that trip, my eyes, heart and soul has forever changed. Its been 10 years since my first travel and I’ve been traveling cross-country ever since! The journey has been a gateway for the explorer in me, and have lead to expeditions to over 5 countries.

Go to school, get good grades, so I can get a “good job” (slavery) which is whats sold here in a American. My father never subscribed to this system, I am my fathers son. However, my mother, found this system to provide the basic necessity needed to live a “normal” life so school was stressed as a pre-requisite to live in the house. So college, I went, direction, I had not. Three years later, My mother gave me a suggestion and said that Respiratory Therapy is a great field to look into. Two years later, I graduated with an Associate degree in it and started the “good job” taught in school. It lead to relocating from home, San Diego California, to moving to New Orleans Louisiana. Two years in, I saw the death trap in working 12 hours nights for 20+ years and it caused a major awakening in my life.

As I started seeking, www.resistance2010.com was given to me by one of its a members. I found myself back in school. The knowledge I found on the resistance resonated with my mind, body and soul like no other platform of “higher” learning. Everyday, from my days at work to my days off, I logged on, surfing through the esoteric library. I read the Code to the Matrix, a book resistance founder, James Evan Bomar, wrote and gave away for free! I found myself with an unquenchable hunger to submerse myself in truth made available for the Seeker, Observer, Neophyte or the Adept.

My first year with the resistance was my last year working at Children Hospital and my last year in New Orleans. The last year living this American “dream” and walking into my own actuality. I began my journey forward with a plane ticket to Costa rica but not for a weekend trip for “fun”/vacation but a trip of self meditations, daily expansion, ayahuasca and possible connection with the developer of this amazing platform.

Much was achieved, many peaks were hit and cycled through. Throughout my journey, I took supplements I acquired and learned about on the resistance. The Wholeness store became a place where I can refuel. I took the supplements seriously and observed the effects each had on my body. Monatomic Gold was one I first tried. The balance, clarity, sharper recollection and less time it took to get to my peak during meditations was noted while using the monatomic. I then tried some of the others; Etheriums, Aulterra, Chulen, Shilajit and Bio Chemical Cell Salts.

As I took these supplements, the truths being revealed told me that to properly reap the benefits of these supplements, I must clean out my filters. To think, 28 years of operating a state of the art bio-organic machine and never given it a tune up or an oil change, what would you be driving? So, the Complete Internal Cleanse was shipped to my doorsteps and I took it with me to Costa rica. The temptations of grandmothers home cooked meals were to strong and what better place to do a cleanse then whats known to be the second lung of the world? The first 5 days sold me to the effectiveness “Blessed Herbs” organic formula put together in this amazing package. The completion of the cleanse, reminded me the feeling of wearing new shoes or driving a new car off the lot. My body was clean and light, ready to perform on the type of fuel I chose to fill it with.

With that said, Shilajit has a special place in my heart. The body operates on the subatomic break down of the whole pieces of food we feed (fuel) it. After our saliva and molars breaks it down, its just a pile of mush that the stomach acid breaks down even further. With the colon now clean from the accumulation of mucoid build up, the body absorb nutrients more efficiently. So adding something harvested at elevation of over 3000 meters and gone through elaborate series of Ayurvedic stages, the potency Shilajit offers in building Chi along with increasing spinal fluid puts it on a pillar of its own. I also was the child who bought the newest game console (playstation, nintendo, etc), I saw the Chi Booster as my new toy. But it is the best “toy” that I ever paid for! In conjunction with all the supplements, the Chi Booster sends that motion of juices from the bottom of the spin up to the crown and through the system. What more can I say?

I’ve spent a total of 9 months, exploring the forest, villages and towns of Costa Rica. I went on expeditions on volcanoes, many deep meditation sessions, yoga exercises and met amazing people like Sevan Bomar, his wife Janet and their beautiful daughter Ara. I’ve received the confirmation needed to move on and reset my life to a new standard from that which was pre-set from a dream that was sold to an alien. The Junk information that once made up my DNA (Check out Aulterra), I am now in the programming seat of information that makes up who I am. This journey begins and ends with that. If I chose to do it all over again all I have to do is press play.

lol BRO, our journey's are sooo similar!! im living with my grandma now and man it was quite the challenge giving up her cooking first starting off, tho the fact that she uses meat in just about everything, made it easier from the no animals perspective!! The colon cleanse is the first purchase on my list, im working with The Wholeness Store now, and those first commissions are going right back into the movement! I've done so well thus far and experienced some amazing experiences in this condition and more worst ones so i have no doubt in the magic of the cleanse, i'm expecting that it will just take my body to that next level u know. How legit it must have been to just decide to go to Costa Rico and have your experie3mce match up with that desire, i myself am beginning to experience instant manifestations and boy have i BEEN ready for the positive side of this. Deff have cemented my consciousness in the notions of activator, activates, activations! Sharing such innerstandings openly, not only opens up the world but proves that the world is in fact opening up to our true potential and our power as gods and goddess! i've always believed i was the beginning middle and of my life and everybody's else's, but waking up to the true meaning of such a statement, makes all the pain and temptations worth the struggle. Really grasping the concept that the light needs the dark to shine on!! Us human experiences really are some grandly brave adventurous energies lol

Wow brother, what an amazing journey you've experienced thus far. Another exquisitely unique path birthed out of the Americas! Honored I am to aquent thyself with thee, great-full I am to read/experience your testimony of life. I have to to say bro, your perspective is not only refreshing but, yess, also expansive in its expoundings. I myself am just entering the space of trying the magical substances available here. Understanding your experience with such, & hearing the expansion gained, thrills and excites me on multiple levels!! Deeply appreciated you are for your connections and your ability to share. wholeness, balance, activation, and eternal you u brother from another immediate mother lol

Chukwudi thank you for sharing my Pic =) Have a great day.

Thank you Caleb it has been quite a journey and it is great you have joined! Wholeness to you and yours!