Educational System and it's Gatekeepers 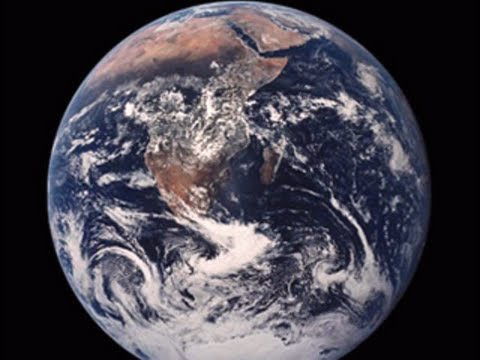 Hey family this day started out with a bang! Another 3D experience for you. I find myself in a fight with the educational system and the gatekeepers. Apparently, now need to clarify my children under a religion. I was looking at the criteria for the New Age Religion that we can technically fall under, but that only takes care of the food, and metaphysical interest.  I also need to be able to find a way that allows my daughters, to wear the African Head Wraps at school. I let the school know that it is no different than Museum or Indian girls who are wearing the head dresses at school to define who they are within a mass cultural society. I stated that my daughters also fall under that category pertaining to the right to claim their Identity as Black African American girls in a Eurocentric, or European society. 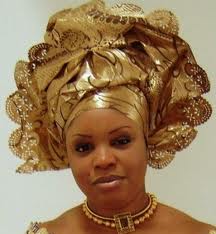 What I picked up one that I find so strange is it really makes the gatekeepers uncomfortable when women where African head wraps it’s almost like you’re a deadly disease, and may infect the rest of the population Yet I watch little boys and girls waltz into school with their underwear showing or clothes so tight I can’t even breath just watching and the we have the other cultures who are allowed to were there head garments without being questioned, and made to do any further clarification of themselves. Other than what’s presented. So, why when a simple African head wrap is presented all the hubbub? Now I don’t know all things technical, but I do recognize a powerful symbol when I see one now, and "well", obviously the African Head wrap is one.  However, that’s not why we, in my home where them. 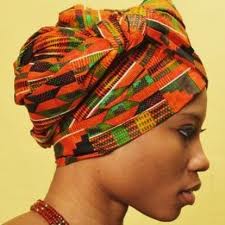 The African wraps allow them, my daughters to claim who they are as people, as little women in a big world. I took two years to get my daughters to the point where they felt comfortable not having permed hair, or weave in thier hair, and "wow" to get them feeling like they were normal just like other little girls without all of  it. Then I've also went through the eating meat thing. Now we dont eat meat,  and  they do not eat it in school to fit in.  Then the holidaysand it  being an unacceptable trade off in our home, in order to blend in to the American Culture we’ve all been born into. I mean we do have a choice in how we chose to live,  not that I'd want to be anywhere else in the world, but here. I'm just sharing the process with you that we as a family have been through as I prepare two young black women for life in 3D.  They are now only 11, and 12 years old, they are proud and strong. I aim to help keep them that way.So I stand firm as Mama, because they worked so hard with me to get here with me. "sniffle, tear, joy in hart" 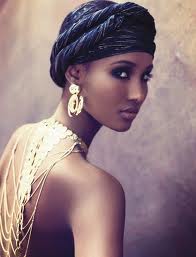 Well, now  I’m a bit tired of always having to justify, and explain to others why we are who we are as well as why I made that decision or this one, as well as how we live life daily. Just the fact that I must articulate that to people who cannot, or will not understand is well, non-sence! As I see it the fact that I must stand again, and even have to clarify our situation to the guard dogs for the Matrix in 3D should prove my whole situation is valid without further dialog with these people regarding the headwraps and why my babies need, or have the right to ware thier head wraps. 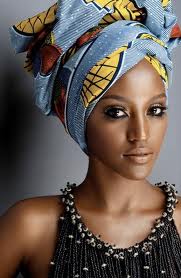 The strange thing is  I feel we stand alone here on this. there’s not too many New Aged people were I live, and not many people awaken to consciousness. Then the fact that not everyone’s light is  tured on in every era, meaning I may have my point made on one issue, and find myself exspaining this on the other, saying something like, well just because I claim my own blackness doesn’t mean I hate others outside my race or that are my race, but don’t chose to live like me. "Or", just because I’m into the New sciences, unreligious, and I don’t like, or I don’t do certain things doesn’t mean I don’t love my own, people, or don’t except my own disposition as black person either."whew". Ugg!   life is too short to have to take time out for bull crap like this, and first thing in the morning before my yoga too, bla, bla, bla : { 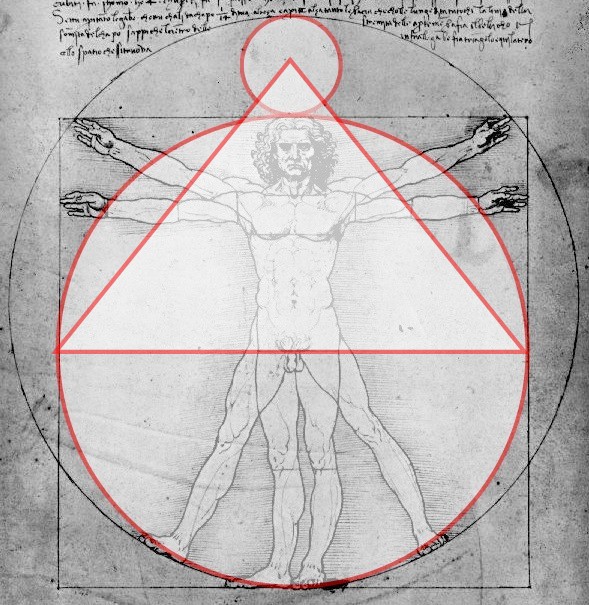 I’ mean I can appreciate a fightin 3D,  but exactly what are you fighting for?. Because It doesn’t matter to me whether its one direction, or the other New age, or same old  black talk, if you are full of the nonsense I’m not buying. I don’t drink Cool-aid, and this ant Waco, and neither are my babies. “and that’s that”. Anyhow, For some people this may sound strange, but my world in 3D I’m constantly being asked to clarify our box for people. The problem is we don’t have one.The Resistanc is the first place, I REGFn, Howard has'nt had to do that. Thanks fam! 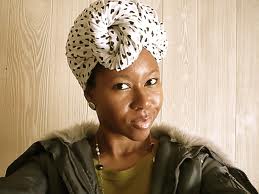 So I said all that to say I’m a bit weary, and a bit concernd, so I’m asking for help. I could really use  some information, and  just a little bit of support .I need is some cut clear info on how to clarify our situation as a religion for the sake of the matrix, and how that info would allow my baby girls to wear there African Head Dress.  I've got some of the equation, but I just want to make sure we nail this the first time, as it is it looks like the issue is going straight to the board of Education. 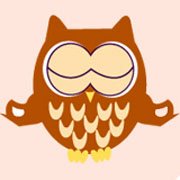 For those who say just let it go, it’s no big deal! Everything that we do as people is a big deal, and when you do whatever it is you do on the front line, one  must always carry  their credibility with them because sometimes that’s all you have . So if one starts something It should be in one's character to finnish it, at least thats my opinon. In other words If one can’t take a stand on something, dont stand at all.... 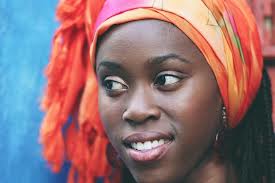 Today is my first formal meeting with the principal of my daughters school Kay-Kay. She is a member here at the resistance also. I pulled together a montage of facts this along with my own somewhat articulate request for my daughter’s individualism to be considered as a religion under the laws that govern their school system. Thank goodness my husband’s coming he didn’t want me to go into the lion’s den alone, plus I will be taking my love and admiration of all of you with me too. So fam,”Ta, Ta” till later I’ll keep you all posted on my 3D drama. “hehe” O, and, yes I will be wearing my African Head Wrap to state who I am.This is the web page I used in order to clarify us as a family. It had a lot of helpful info, and it's interoperation/ definitions were one of the friendlier sights I visited. Some of these writers make us sound "Well" NUTS....” hehe”   http://www.religioustolerance.org/newage.htm   "just in case u may need it too, one day" : )

It's real interesting how people see us I 3D, ant it?

I also fond this family and it was extremely helpful. So let’s see If we are stronger now, I presenting ourselves and dealing with people who don’t want to fallow their own laws governed by the state, or otherwise  ; )

OK, so this was addressing the micro in what we all have to address on the macro level in 3D in one form or another. As tedious as this was there are still dig bats being concerned with following the protocol in the matrix for the trivial stuff. For that reason I have place here a problem, a technique, solution, and the outcome. Anyhow, I just wanted to relay the final analysis of this situation so someone else can use it for practical application in the future.

First I mapped out what the real issue. Is it spiritual, language, capital ect. Then I did the researches on the issue and hit it from the side because these people can’t do anything without being manipulative in sustaining their agenda. They are never straight forward with and issue. Next I found the local state and Government laws and correlated any information I could use from the research to make my point valid from the beginning so I could nail it before it went any further. Then I meditated, and made sure the oral and visual presentation of me was well organized because that’s also important in3D. Looking back on the whole situation it was like playing the chess board. However, the game has changed now because we monopolize the information. Meaning the everyday regular Joe in the matrix is not privy to the information that we are learning to move around that chess board. That includes different meditation techniques that help to focus and move energy. In particular I thought of the conformation of my validity as a special being in the universe that was enhanced by the Resistance, and my connection to all of you here while I meditated on the issue. It made my energy leaves high. “hehe” 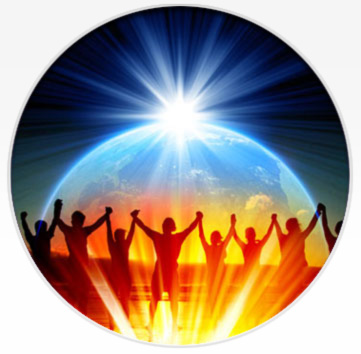 What surprised me is getting the African head wrap cleared for my daughters to wear to school was very easy to do, whereas 3 years ago it would have been a big deal. Something so simple would have not been moved leaving me and my family to feel helpless once gain, but this time I was on fire family. Practical application for this minor issue made it as easy as swatting a fly. “Just food for thought family”. I wonder what other things we can do or move, as long as the intent is good….

I'm glad you were able to find a solution to your delema Queen. I have also come across some info online while studying on you tube, regarding how to keep our children from having to participate in recieving the poisonous vacination regiment in order to attend certain schools. This info. is being offered by Dr. Phil Valentine through his online university. I believe that the website is uksnow.com and the phone # is (386)456-9279.  Travel Well!

I'm glad someone else was interested also thanks for the info on the web page for Dr. Phil Valentine's institute.

Thank you brother I'm glad you liked it.