SpaceTime, Saturn and Pyramids in the Heart Oolites are hexagonal in their crystal structure.
Larry Hunter shows these living stone calcites found in the pyramids in this video: https://www.youtube.com/watch?v=rq43yon0L5c
The tablets on which the 10 commandments were supposedly written were not stone, they were hexagonal red sapphires removed by Moses from the pyramid: 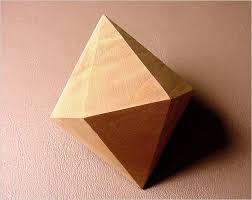 Saturn's north pole has a permanent hexagonal shape within a vortex:

Ancient knowledge and Technology Pt.6 - https://www.youtube.com/watch?v=3ke5_qJ4mms
http://mindfulmovies.info/magical-egypt-navigating-the-afterlife-pa...
The frame of 64 squares is the graphic and atomic structure of the whole cosmos.
Quote from Mayan's Aintiram written in 13,900 BC.   Dr. S.P. Sabharathnam.

It is the basic design of the inner and outer space, enclosed space and built space.
It is the modified version of pranava OM.
http://at37.wordpress.com/2012/02/11/imagining-the-tenth-dimension/
The vacuum or as it is also called, the spacetime continuum, from which all reality is created is at its base geometry a 64 tetrahedron, cuboctahedral fractal.
If we can harness just a fraction of the power in this structure we can travel to other universes! 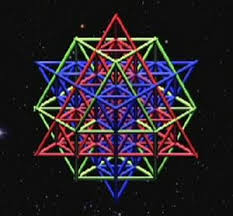 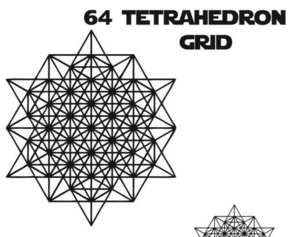 http://cosmometry.net/vector-equilibrium-&-isotropic-vector-matrix  -  excellent illustrations of vector equilibrium!
hussam already posted a discussion on YHWH as a Gravity Generator
http://www.resistance2010.com/video/yhwh-tetragrammaton-a-gravity-g...
although as Nassim states in that video it is polarized and 1/2 the solution.
and further, when decoding symbols, the Eye of God, as pictured below, is not a man's eye, but the eye of a vortex ( think the eye in a hurricane ),
as we access the spacetime continuum via the resonance of two waves intersecting to create a 3rd wave called a harmonic overtone. 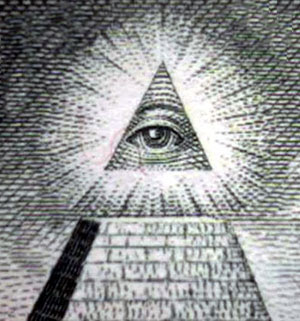 An eye is often pictured inside a triangle, inside a torus ( hypersphere ) the shape of a photon:

http://www.hypersphere.com/hs/abouths.html - read about the 7 colors of the rainbow and how they connect to 3 waves 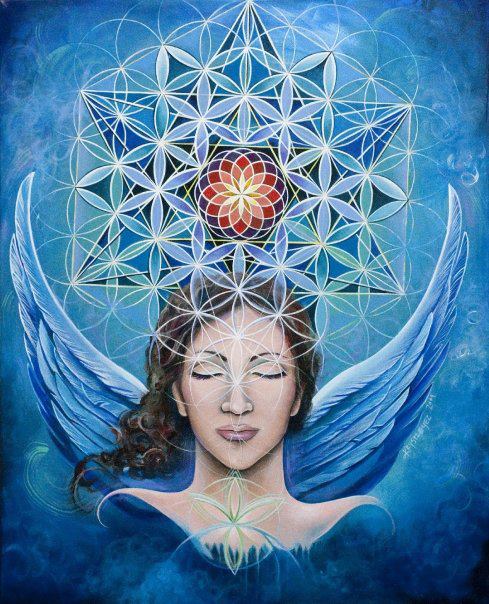 Resonance - Beings of Frequency the dangers of cellphone microwaves
https://www.youtube.com/watch?v=5vb9R0x_0NQ
http://www.human-resonance.org/ - new 190 minute  DVD from Alexander Putney - "Eyes of the Infraworld"
In the Upanishads the various chakras of the human body are also associated
with

different
geometric symbols, signifying each individual chakra’s connection to a specific
element. Interestingly the Heart chakra, “Anahata“,
is invariably depicted as a hexagram ordained withtwelve lotus
petals. The upward triangle is said to symbolize Shiva, the male principle and
the downward triangle symbolizes Shakti, the female principle. A perfect

balance
is attained when these two forces are joined together in harmony. As we have
seen, the hexagram is an absolutely central geometry in the HFU model, pointing
to the polarized tetrahedral structure of the vacuum. Also, twelve converging
vectors around a center is the geometry of the vacuum singularity: the
cubeoctahedron. As we shall see, these similarities are more than mere
coincidence…
Modern science has recently discovered that the heart
emits very high levels of radiation. In fact it is now known that the heart is
the largest generator of electromagnetic energy in the body, and measurements
reveal that the frequency of the heart’s energy field is 5000 times stronger
than that of the brain! This field moves at the speed of light and
extends up to 12 feet around the body, unimpeded by organic tissues.

https://www.youtube.com/watch?v=8yNoUTPRbl0 - just ffwd to the 40 minute mark to hear this from Dr. Bruce Lipton:

The cell boundary is a liquid biocrystal with gates and channels.

The cell is an information processor.

The nucleus is a hard drive and DNA is the software


to read and write the expression of the genes.

Cells are programmable in response to environmental conditions.

The human body is essentially a skin covered petri dish.

If we can create an interface between our heart and brain we access precognition and telepathy. 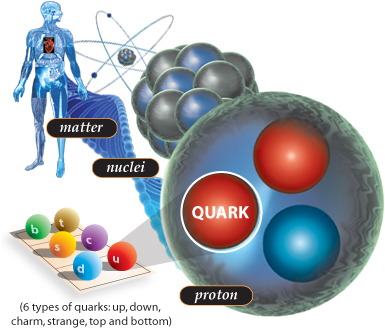 Electrons go through a 720 degree spin cycle with one half of that outside our dimension of space time.


An electron is a magnetically controlled electric vortex: https://www.youtube.com/watch?v=ofp-OHIq6Wo&feature=related

Here are some animations of subatomic 'quantum foam': http://www.physics.adelaide.edu.au/theory/staff/leinweber/VisualQCD...

All centripetal forces- like gravity, life, consciousness, and black holes, are CAUSED by Golden Ratio in waves of charge.


Consciousness cannot be blocked by mountains or walls of lead and has to travel at least as fast as the speed of light, squared.


34.7 Billion miles/second. A brain / Sun connection many times a second.

At the emotional or heart level, coherent information travels at the speed of light, cubed.


64.64 Quadrillion miles/second. A Cosmic / heart / Earth connection to the Pleaides 4 times per second.

Information coming from our Crown Chakra travels at the speed of light, to the 4th.


This allows us to communicate with other galaxies. A heart / brain harmonic connection.


This information wave is also called a Scalar Wave and it can be accessed through will and intent to exert a force.


The science of Scalar Waves is called Torsion Physics.

Our identity is tied to a field.


We can define our field as the physical body or expand our awareness beyond local boundaries.


Sharing wavelengths allows us to harmonize with other individual frequencies ( people )Biophotons are tiny emissions of light that are produced and utilized  by all living things. .

"The Fabric of the Cosmos," a four-hour series based on the book by renowned physicist and author Brian Greene, takes us to the frontiers of physics to see how scientists are piecing together the most complete picture yet of space, time, and the universe. With each step, audiences will discover that just beneath the surface of our everyday experience lies a world we’d hardly recognize—a startling world far stranger and more wondrous than anyone expected.

Brian Greene is going to let you in on a secret: We've all been deceived. Our perceptions of time and space have led us astray. Much of what we thought we knew about our universe—that the past has already happened and the future is yet to be, that space is just an empty void, that our universe is the only universe that exists—just might be wrong.

Interweaving provocative theories, experiments, and stories with crystal-clear explanations and imaginative metaphors like those that defined the groundbreaking and highly acclaimed series "The Elegant Universe," "The Fabric of the Cosmos" aims to be the most compelling, visual, and comprehensive picture of modern physics ever seen on television.

Saturn is alchemically connected to Lead a neurotoxin that has been poisoning and killing people for ages!

Plumbing, solder, bullets and leaded gasoline are just a couple examples of how the Saturn-Moon matrix affects us.

Lead like Saturn is a dark blue, heavy element with a cubic structure.

Thanks for the article info Neil! Good gawd if it isn't aspartame then they are feeding us hot lead! Even during Roman times in the 3rd century they were minting lead filled gold coins. "Makes one think of 'get the lead out!"

On the www.PESWIKI.com website the author is in Brazil right now checking out the Keppe motor. It's always interesting to visit www.Commutefaster.com for 'Energy' updates and there is the upcoming www.HHOgames.com in February.  Take care, Darren

If Saturn is the spacetime "radio station" for our reality and it is often associated with an equilateral triangle, then the information below covering tetrahedral geometry is pertinent.

www.tetryonics.com/   -  very interesting website from Australia, the tetrahedron is considered the base unit geometry for consciousness

Tetrahedral geometry connects the 5 sided symmetry of living systems with the 6 sided symmetry of crystal systems.
Our bodies 100 trillion  biological membranes and cell membranes are liquid crystal.
Torsion waves have the potential to initiate a fundamental paradigm shift. They are bridging the gap between mind and matter in a way that was never thought possible, and in the process they are validating the perspectives of mystics and occultists. Various researchers consider torsion as being synonymous or identical with consciousness itself. Since torsion waves are a fundamental and ubiquitous feature of the cosmos we can see how consciousness is also; consciousness has a real and detectable force which can act on the environment both locally and remotely.
http://blog.world-mysteries.com/science/torsion-the-key-to-theory-o...

10 is just a double 5
A magnet is a waveguide or conduit for virtual photons from the vacuum.
Magnets are analogous to diodes in that they allow for one way travel of
an energy packet from the surrounding space.
We complete the circuit geometrically to extract energy from the vacuum. 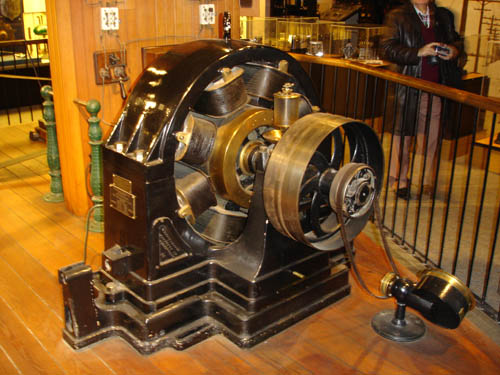 Tesla Generator
Flying Disc with base to base hexagonal core, similar to the hexagonal saphire tablets brought down by Moses from the Giza octahedral, pyramid.
The hexagonal core is used in Homopolar Generators.
12 sided crystal core.
According to Vendyl Jones the two tablets brought out of the pyramid by Moses were 6 sided sapphires.
In Latin, the Shamir was known as smirks corundum, the
substance of sapphires and rubies and the hardest known gem next to the
diamond.

The tetrahedron is the building block of a cube  www.tetryonics.com
The vacuum ( space time ) is cubic!
http://www.interferencetheory.com/Articles/files/66c1b2b13c406c36d1...

Magnetism, the cosmic serpent wave is vortexed out of the galactic center

and through the constellation of Orion, our local Star Gate:
http://vimeo.com/57497432
The ancients knew this and built megalithic structures to resonate with this flow via geometry and the hyperdimensional Earth Grid. The rope of magnetism is braided from cords, which can be traveled along with field generating spacecraft.
Here is a short video showing tetrahedral structures in nature: http://www.youtube.com/watch?v=jm6Zj7JJ4HQ
Plasma physics also follows sacred geometry: http://www.youtube.com/watch?v=uVkJTCz8Pbw
Reality is all reflection of light manifesting into space: http://divinecosmos.com/videos/free-videos-online/503-amazing-free-...
Russians are leading the way in the application of Torsion Physics: http://www.shipov.com/
Russian and Ukranian research into pyramids has yielded some very interesting results regarding torsion waves.
The Russians found that the pyramid shape naturally harnesses torsion waves, as if amplifying them.
It has been experimentally established that objects that feature the Golden Section (which expresses Phi) can be described as passive torsion generators.

The ratios of tangents which involve the Golden Mean are intimately  associated with 5-fold  geometries.This ties in the  trigonometric angles associated with 5-fold geometries, and the relationship Ö5 = F + f.Tangents are also important in ancient and  modernof monuments, on and off  Earth!See, for example, the connections  between Southwest England and the Cydonia region of Mars. This latitude corresponds,  on a planetary scale, to possible sources of immense energy from the internal  regions of a planet.For example: 1)  Mauna Loa volcano in Hawaii, 2) Iztaccihuatl and Popocatepetl volcanoes near  Mexico City, 3) the absolutely huge Mare Orientale on the Moon’s far side (but  near the edge of the Earth-side/far-side interface), 4) Olympus Mons on the  planet Mars, (the solar system’s largest volcano), 5) the Great Red Spot on  Jupiter, 6) the Great Blue Spot on Neptune, and so forth, are all located at or  very near to 19.5° latitude.In addition, The Great  Pyramids of the Sun and Moon at  Teotihuacan, Mexico are also located near this latitude, suggesting the ancient  architects may have had an inkling of this “energy source”.

The significance of this  hypothetical, inscribed tetrahedron is due to the esoteric belief that this geometric shape is connecting with other dimensions (outside of the  four dimensional space-time continuum), and therefore “tapping into the Zero-Point Energy” . Anti-gravitational effects (which may be tapping into the ZPE) are created by rotating a disc  composed of superconducting material.The more ideal experiment would be to rotate a tetrahedron shaped superconductor -- or better yet a Merkaba (two tetrahedrons  interlocked within an inscribed sphere). In either case, if the tetrahedrons  were composed of superconducting material, the results could be  stunning!

5 symmetry connected to 6 symmetry on Mars connects to the hyperspace 19.5 degree tetrahedral angle: