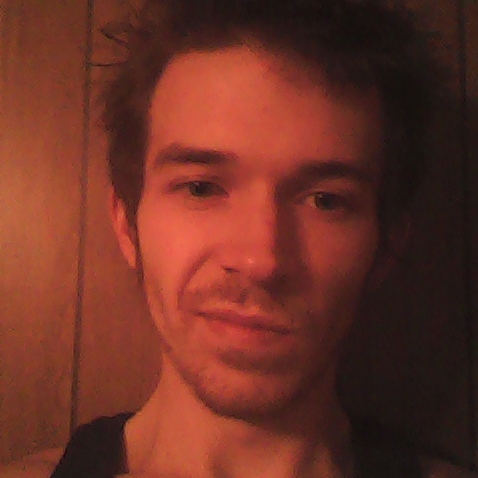 Authentication - Please enter the title of any spiritual book to verify you are a real person.
the code to the matrix.

There is too much to say about me to be able to just.. put it here haha.. its too much right..i do want to share it all with whoever wants to read the amount I can get on here with the energy levels I come in to.. haha :P ok.. but lets just say a couple things - I've played guitar for about 13 to 14 years now so you could say I'm a musician.. - or I could say it haha.. don't want to because I haven't ever made an album - but I've done tons and tons of dissecting..which you could even call just listening too much...haha..but feel like I've attained some higher grasp of.. noticing hidden qualities..?? in music...?? haha I suppose that's how I'm going to end that statement...fits.. anyway - this leads me to my true point - what was going to be said first - that music.. is definitely one of my energy sources.. right..? like I know that's the same for many of us, surely certain songs - no matter how many of your friends / loved ones & strangers may not approve - certain songs in your vault give you a certain energy - one that is.. a lot better than plenty of stuff we go out and pay for even lol.. 5 hour energy! or monster drinks.. haha..! - the energy I accumulate off of that ''feeling'' I get while listening to certain songs in certain moments in time though - that feeling is.. something greater than just getting something done - like working for 5 or 6 hours at the gas station - or paving a road or working the cubicle whatever kind of physical thing you may be engaged in... - sure, this energy is such a fire that it definitely helps us become Amazingly accurate or powerful in the many different things we can become engaged in but I guess I'm just saying that I propose that it is something much more than just that.. as in it's the literal feeling of climbing into a higher state...I suppose all my words can do is tear away at the True feeling / definition...feels like I'm doing the opposite of explaining anything at all haha.. more like tearing it apart and scattering it to the four corners of the earth lol.. sorry - not trying to do that at all... I guess all I'm trying to make a note of is that music is definitely a primary source for me.... just keep in mind that I'm very very picky when it comes to what I- choose to play / listen to... - I'm only want to be friends with everyone so it's most rare whenever I'll not just peacefully listen to a song that I Do not Injoy - just because I Injoy wholeness(peace) and not getting involved into the separation when it comes to anyone.

So the only reason I really said all THAT last bit was because -I just wanted to reiterate - that the music I listen to.. lol.. it's really ONLY that which provides me with these strange ''energy waves'' haha...or whatever term or definition we need to put on that. :)  I'm sure if I was in an insane asylum they'd only be shaking their head ''bad'' because of the wording I chose lol...sorry.. so yeah.. - there you go. a ''little bit'' about me I guess. a little more - I definitely love everyone and want to get along and be friends with all who I can. - just one thing though - If you're trying to get rid of me just start lying a bunch haha...sure fire way to not get my attention any longer. - and I'm also -mega- keen on sensing ''vibes'' (which includes lies) - just note that I'm not even going to mention it and I'll even be trying to forget it, instantly - I'll keep going as long as you want to drive for.. lol. It's just I wont be coming to you to initiate anything at that point... I suppose one MORE last thing ill say in conjunction with that is - man, so many people underestimate me lol. with things as I've just discussed (with you all - but truly myself -) here... and like.. hmm. I suppose I just don't try to externalize it..? hmm..yeah.. like that fits.. haha.. and I'm just absorbing it in without any type of hardcore reflecting taking place...well sorry - I am a bit on the ''crazy'' side - as I know many will say / think, all the time, even if one or two of you don't think so - it's -forsure- to be the case with many, many others. Love to all you Unlimited Entities strong enough to take the time to read my energies here on the day/night you chose!! WHOLENESS!!!

eze your main room post you mention   aultura   what is  aultura .?

i have tried googling it. nothing comes up

Welcome, xela. I Injoy the musical selects. on your page. Glad you are here :)

Welcome to the Resistance family. Happy to see you and send well wishes your way on this never ending journey")
ShareINAll