Holes at the Poles. This is why you can't find a true satellite image of the North or South Poles.

(For those that I told that I would give them a never before seen image of the north pole) The image I expected to receive from my friend wasn't what I thought it was, so I did some more investigation of my own, and my findings were astounding. This is an image that I found of the north pole on this site: http://mara-gamiel.blogspot.com/2009/03/north-pole-satellite-image.html 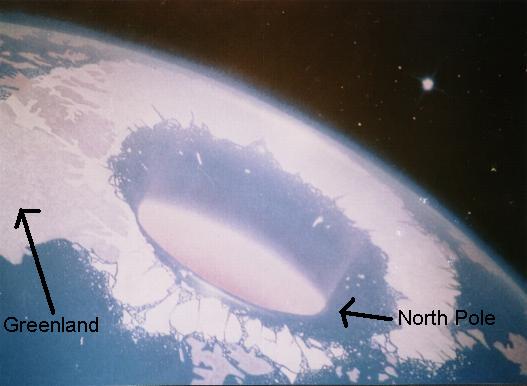 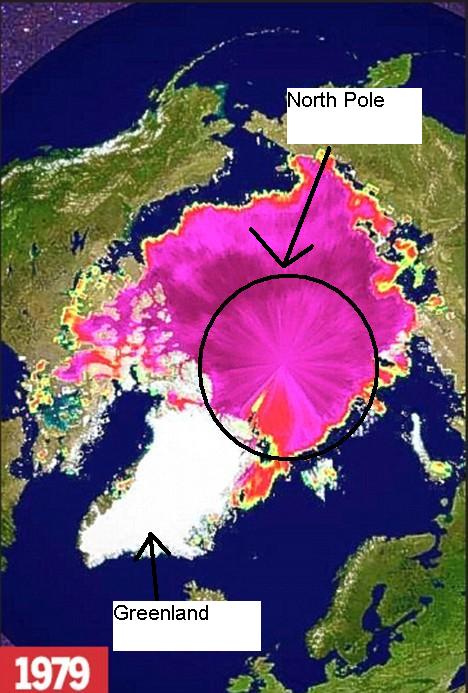 As you can see, there is definitely a cover-up going on about the North Pole and the South pole. This image is said to be a satellite image of a "land mass" at the North Pole, so one must ask, "Why does the center of that circle look like some kind of wormhole?" I mean, if this is really a picture taken from a satellite, why would there be so much distortion in the center of where I drew that circle. Gee, that looks like a strange land mass to me Bob...

Notice the missing data? Here is what the site had to say about it...

"Sometimes there are large, irregularly-shaped black regions on this image. These are missing data -- sometimes the satellites don't cover the whole area. The satellites are often designed to give complete coverage
for more populated areas, meaning that the more remote areas aren't covered as well. Sometimes too, data is just lost in transmission due to solar activity or other technical problems. Try again later, and the black areas will have moved or vanished altogether."

If you are still skeptical.. Ask yourself this question honestly... "Why is it so hard to find a good satellite image of the north and south poles?"

Comment by Ryan McShane on December 4, 2010 at 12:35pm
More investigation of this issue might require legal use of the "Freedom of Information Act" to acquire actual unedited pictures of the North and South Poles. That black spot they have on the south pole looks like someone put the picture in Microsoft Paint and spooged a black spot where the south pole's hole should be.

Comment by aura on December 4, 2010 at 6:33am
all and all the higher beings will never open up to those with intent to harm... us or the earth, they will not be previlege to true spiritual knowledge... that include the scientific and religious sectors and definitely not the political and military organizations. this is an intelligence world that hold its secret only to those with pure hearts...
http://survive2012.com/index.php/north-south.html