So, December 21, 2012 AD, is not the day where all of the sudden the lights go out, and everything will suddenly change,rather, we are NOW in the process of this transition, from one World Age to the next. The changes are underway and willcontinue steadily accelerating as we head towards the culminating date.The 26,000 year cycle is composed of 5 lesser cycles, each of which are 5,125 years in duration. Each of these 5 cycles isconsidered its own World Age or Creation Cycle.Our present great cycle (3113 B.C. - 2012 A.D.) is called the Age of the Fifth Sun.This fifth age is the synthesis of the previous four. The initial date that Earth entered the Fifth World, was August 13, 3113BC, written in Mayan long count notation as 13.0.0.0.0.To help you understand this Notation:13=Baktuns, 0=Katuns, the 2nd 0=Tuns, 3rd 0=Uinals, 4th 0=KinThese are the Mayan words for the periods of time:Day = Kin (pronounced: keen)Month of 20 days/Kin = Uinal (wee nal)Year of 360 days/Kin = Tun (toon)20 Tuns/years = K'atun (k'ah toon)20 K'atuns = Baktun (bock toon)a Baktun is 5,125 years13.0.0.0.0.Every day from that point is reckoned by the number of days passed since the event of this cosmic beginning point. Within the 5,125 year cycle lies 13 smaller cycles, known as the "13 Baktun Count," or the "long count." Each baktun cyclelasts for 394 years, or 144,000 days. Each baktun was its own Historical Age, within the Great Creation Cycle, with aspecific destiny for the evolution of those who incarnated in each baktun.Planet Earth and her inhabitants are currently traveling through the 13th baktun cycle, the final period of 1618-2012 AD.This cycle is known both as "the triumph of materialism", and "the transformation of matter."On 13.0.0.0.0, the December solstice sun will be found in the band of the Milky Way, directly in the position of the"Dark Rift" in the Galaxy, forming an alignment between the Galactic Plane and the Solstice Meridian. We are about toenter into a literal alignment of the Cosmic, Galactic, Solar, and Lunar Planes. This is an event that has slowly converged,over a period of thousands of years, and is caused by the precession of the equinoxes. Kind of like a "turning" of theUniversal Gears. It brings about the Great Harvest, and the return of the Lord of The Harvest.And the planet will complete it's Ascension to the Fourth Density, the vibrational Density of Love. During this Ascension,there will be a three way split for those Souls inhabiting Earth. Those of the predominantly Negative Polarity, willaccompany us as we Graduate through the Negative (or Service to Self) Harvest. We (Lucifer) will Create a new 4thDensity Earth, based on the Negative Self Service Polarity. We must 'work off' our own part of the Negative Karmiceffect incurred from all the Negativity created on this planet. Once we have done so, we will be released to once againassume our place as Sixth Density Guardians and Teachers of Wisdom throughout the Galaxy.Those of the predominantly Positive Polarity (Love and Light) will Ascend to a beautiful new 4th Density Earth,where you will begin to work upon your learning and demonstrating of Love and Compassion. It will be a verybeautiful and "Golden" Age. The 4th Density begins to open you up to your True Powers as a unique individualized aspect of The One Infinite Creator. You will perform works and wonders of the like that the one you call "Jesus" promisedyou would do "and even greater things than these". It will be a very magical time for you.For the majority of Humans on the earth who could be considered shall we say "luke warm", they will experience aperiod of (what will feel 'ecstatic') zero-point time, where you feel totally at One with The Creator, giving you anencouraging reminder and glimpse of who you really are, before the veil of forgetfulness once again descends uponyou, and you will be transported to another 3rd Density planet (a kind of 'Earth Replica'), to continue working uponyourselves and learning that life here is all about making choices. You will remain "quarantined" incarnating in 3rdDensity matter until the time of the next Harvest; in which time you will need to have proved yourselves that you havelearned how to be more Positive Beings, focused more upon being of Service to others, rather than seeking only toServe yourself. When you can do this, and the next Harvest comes, you will have earned the right to join us, and enjoy yourinheritance, as a member of the Galactic Community, and you will sit with us as Brothers and Sisters of The One, aroundthe table of our Galactic Governing Body, the Confederation of Planets. 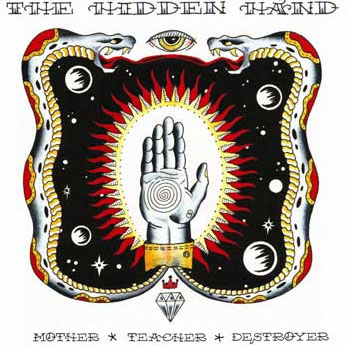