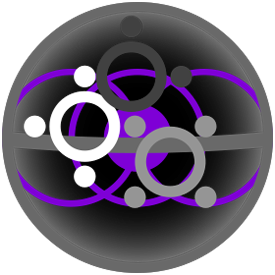 Authentication - Please enter the title of any spiritual book to verify you are a real person.
The Myth of Freedom, Chogyam Trungpa

How did you find out about the Resistance?
Promethean Reach

So much information out there, mostly irrelevant, almost all of it... Truth still exists in most of the information we are flooded with, but for the most part it exists in diluted and impotent concentrations, with the Word Inflation worsening all the time. The ceaseless flow of B******* and Babel is constantly poisoning our minds, just as the endless flow of industrial waste constantly poisons our bodies and our environment. I strive for nothing more than to brutally discard the irrelevant information that narrows our focus into obscure and trivial areas of research. I pride myself with practicality, but in the past many have called me lazy. It's just that I will always be a daydreamer. After all, what can you do when the teachers never teach you the information you really crave, instead attempting to figure out a politically correct way to explain the history of the American Slave Trade to an 8 year old? Get 'em while they're young, and you can write whatever history you have the money for. Get 'em while they're young and you can imprint the limiting thoughtforms and perspectives that will hold them back and make them slaves to their own ignorance. Because a wise man knows that the most important thing is not power or information, it is Perspective, or a deep understanding of Relevant Context. A sea of information will only drown you without your steadfast boat of of directed, relevant context. Professors can take a thousand pages to explain something and never get the the heart of the issue, only to have a child lay the Truth bare with one sentence of pure, honest, and truthful naivete. they sit there in their expensive places of learning with their impressive credentials in one hand, and a pair of handcuffs in the other. They sit there locked away in their fortresses of Power and Prestige , stroking their pet Centipedes and laughing a self-assured laugh. They think they have the Answers, but what they really have is Old Equipment, just a little longer 'till Upgrade. You see, in their ego, they dismiss us as Lunatics, but not this time. These "academics" are the final patriarchs and intellectual dictators of a system of structured reality that decays more with each passing day. They can laugh all they want because time is well on Our side. They will die, and we WILL replace them because there is one thing they don't know or would never believe, WE ARE THE SUPERHUMANS, WE ARE THE FUTURE MEN!!!!! We are the people of tomorrow, born into the world of today; temporarily misplaced, but better now than later. We sit silently now, many of us are just now beginning to realize our birthright, but the times have changed, and the old energies are phasing out for new ones. People are beginning to regain their real Long Term Memories, even if it's mainly manifesting itself at this particular time as familiarity or nostalgia. Our Legions are great, but scattered and unprepared. It doesn't matter. For those of us in the Rainbow Army Reserve, it is only a matter of time before we are finally called upon for our true Mission: Rebuilding and Rewiring the physical and organizational structures of this planet, and then the restructuring of the social order and the methods of resource distribution. Many of our troops have been successfully undermined, being kept in their passive states, longing to be Activated, but currently living meandering existences either as vice ridden renegades or as mostly automated Human Drones, practiced in the art of Double-Speak, and well-trained to be docile and self-loathing. They will ALL rise as FUTURE MEN in one life or another, but for us Warriors currently biding our time till the real Day of Duty comes, we took on a hell of a load when we decided to be at this stage of evolution at this time in history. We have quite a task ahead, I only hope that fate will be kind, and allow us a semi-comfortable adjustment time. EITHER WAY, it is OUR responsibility to any challenges that are presented, yes, US, THOSE WHO ARE ANONYMOUS AND UNCREDENTIALED, for when our "great leaders," the ones who built this trap for us in the first place, are exposed as the frauds they are and are held accountable for selling the souls of their brothers and sisters, it will be OUR responsibility to step up as the TRUE SEEKERS OF KNOWLEDGE AND PERSPECTIVE. The people with the Answers will come from the woodwork and disappear just as easily. It will be the Hippies, and the Travelers, and the Organic Farmers, and the Acid Chemists, and all the silent voices there that have been quitely toiling away at finding ACTUAL solutions while the people with the resources spend them on meaningless words and empty resolutions. All things will pass, and the Law of Karma is immutable. They will give the power to the people, if only we stand united as one World People, beyond the dividedness of Borders and Bureaucracies, and demand the rightful return of the bountiful resources afforded to us by our great Mother Nature to ALL the people that inhabit her.

Welcome to the Resistance family. We wish you well on your spiritual journey.

For more information about the Resistance, check out the links below.