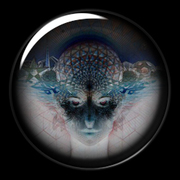 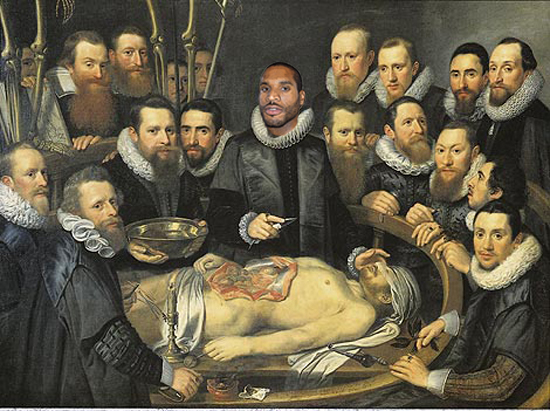 I came across this this article when I was listening to the coast to coast radio show one day. For most of my journey I have set the goal to ignore such occult information and focus on the spiritual…Continue

Born with tail - how can this effect you? 3 Replies

Hi everyone I wasn't sure in what group to ask this but since this is "in the know". I believe people here can give me answers or opinions. When I was a little I was born with a tail or the spinal…Continue

The Earth Legends. A comic book I'm going to create. I welcome all to join me in collaboration and share freely if the entire story is shared without editing. Sorry for the type Os but you catch my…Continue

Started by Joeronimo. Last reply by the philosopher stoned Oct 2, 2013.

You need to be a member of IN THE KNOW to add comments!

Hello, Kevin. I spent some time reading/researching Ashayana Dean (I believe she has changed her name, again) to the point of reading her books Voyager 1 and Voyager II as well as reading everything on her website, azuritepress.com, and watching/listening to several interviews. I found much of it very interesting, especially the detailed accounts of the various human 'seedings' on this planet and the associated bloodlines. Also the different altercations that destroyed much of humanity-at-the-time, namely the grid and electric wars.  Her descriptions of keylontic science were interesting as she claims they describe the smallest particulates of physical existence and the related morphogenetic field. Her discourses on the 'Inner christos law of one' was also of note.

She discusses the keepers of the flames and the events in modern times including the heralded arrival of the advanced children and the 6 'silent' avatars each from a different 'density' level. Whether one believes any of it has a grain of truth or not, she has some fascinating drawings and charts illustrating merkaba and lightbody mechanics, etc. that are different from the mainstream Etc. Etc.

She claims, through the assistance of 'The Guardians' whom she receives this information from, that entities such as Thoth may have intentionally omitted certain truths, possibly in an attempt to lead astray. If I recall correctly she also claims other entities/federations such as the galactic federation are essentially intruder races that are here to lead astray for various reasons. At certain points she claims that some of these entities/organizations switch sides, sometimes with us, sometimes against. She brings up the concept of the fallen angelic service to self.

I did find it interesting that just as the 'new age' movement was really revving up, including many claims of channeling Metatron, Ashayana was in essence warning people against the metatronic energy and related death star energy field. Although I believe she has changed her views on this following certain events, she used to strongly warn that our earth was being dragged into this death star energy as a food source and that humanity would at some point be transferred somewhere else, for example a future version of earth called Tara, depending on choices made during this lifetime.

She is chock full of interesting information. In my observation it does seem like she may have a more logical history of certain events than we have been thus far provided with. Dan Winter actually mentions her histories in one of his writings I came across.

Regardless of what you choose to accept; for me, her work simply served to illustrate once again that we are far more than what we have been told in general!!! If anything, that such information could come out of one human. A claim that she is totally insane would still render her information/illustrations fascinating in my opinion.

HEY EVERYBODY HAS ANYONE HEARD OF ASHAYANA DEANS HYPOTHESIS ON THE DEATH STAR MERKABA? SHE claims that tehuti or thoth was actually a traitor who ommitted info...thats a hugely contrary position to take...is it justified? She speaks of metatronic grids and things of this nature. Thoughts? Get fractal yall

Hi joey, There is so much to explore on the main page of the resistance site.  The best way to get almost any link is through the group msg boards, the tabs under the banner on the main site, and if you flip forward or backward arrows in the top banner itself it will direct you to other sites such as resistance T.V. - Livestream -Face Book - Twitter - YouTube - ext...... You can also leave a msg on the mail page of 'THE OFFICIAL RESISTANCE' site in their Q&A board.  If you scroll down the main page you can get a list of the site administrators and post a question from the link by their names.  Enjoy the journey of learning and seeking knowledge and a plethora of diverse points of view! I hope this has been of some help.  I am relatively new also.  My page can be found under the member name of R-MORE.  I have some of my original music compositions, pics, and links to some of the stuff I do.  The Soul Group is also a great group to get connected to other members in your area. wholeness!!!! Glad you are here!

Hi everyone I'm a newbie here.  I was just wondering how come all the videos no longer exist.  I can't very well get in the know if I can't watch the vids you know?  Can someone fill me in on a little of what this group is supposed to teach me.

I just wanted to pose the question - How many of us are focusing on things that generate fear?  Fear is a double edged sword; and, in my opinion, is useful when there is a need to protect and defend.  However, if we want to progress as a people and inhabitants of planet earth, we need to find ways to tap into those other emotions that help build and heal.  Fear often leads to unrest, and many times, war!  I believe this earth has had enough waring of human beings.  Humans can also accomplish great things when the emotions of compassion and a willingness to understand and help one another in both times of struggle and rejoicing. War will only bring about the demise of the human race and destroy our planet.  Wars are not fought on the battle field, but in the rooms of those who think themselves as more important than the soldiers fighting their battles for them. To pick up any weapon with the intent to do harm will only result in unrest and discord.  With our big brains, we human beings should be using them to find ways to maintain peace and fight hunger, famine, over population, disease, pollution, ignorance, lack of education, misuse and misunderstanding of language, etc....   The citizens of each nation are greater in number than those who claim to lead them. There would not be battles if there were no soldiers to do the bidding of their generals and war lords.  HAVE WE FORGOTTEN THE LESSONS OF HISTORY?????? Gangues Khan, ancient Egypt, ancient Greece, Rome, the Spanish conquistador's, Adolf Hitler, and the more recent British empire, are a few examples that come to mind.  How did each of these fall???  What led to there falls??? What could have done differently??? What was left in the wake of their falls??? Which is worse, those who commit murder; or, those who sit and watch, and do nothing???  I would be interested in any information or connection that address and pose possible solutions.  I think we all know what is broken, I want to know how to mend and heal it.  What to you think???

Has anyone heard anything about genetically altered insects are causing illnesses like West Nile and Rocky Mountain Spotted Fever in places they are not usually found?

Last night I watched the CBS evening news with Scott Pelley. There was a story about getting women to allow the fetal gene strands be altered in-utero to 'supposedly' remove the known markers that cause certain diseases like M.S. and Epilepsy. This was very disturbing to me; to say the least. Talk about ancient history repeating itself! I worry for those who haven't been educated in the ramifications of such procedures. Does anyone know more about this story?? It was episode 390 aired Friday June 28th, 2013 6 P.M. They say the procedure is up to the legislation to approve. (Boy are we in trouble!!!!) Many believe it is unethical - I agree!

Here is a news story that, in my opinion, is worth checking out.  They are claiming that archeologists have found the "Gate to Hell" in Turkey.

Greetings all this could use your attention, Monsanto looking to patent food.
http://www.avaaz.org/en/monsanto_vs_mother_earth_loc/?bSmKUdb&v=23911
They have been doing it on and off before.

Though on the otherside its their own demise. As they will help define, to me, which plants are safer to eat/grow, and which are their own brand of poison.

Very interesting article that Stacy Palmer posted on Monday!  I find that geometrical shapes, especially spheres and swirls, seem to transcend many fields of science and nature. So cool that we can now see and interact with the microscopic world!