Those that have been tuning into the Q and A chat have heard me mentioning the upcoming show, Syncromystic Life. I'm also going to be picking back up on my efforts to reanimate my blogging ability. So here we go....In my world I see it all the time.

This is a freeze from the movie Kick Ass. I happened to pause this for a moment to do something else and noticed our little Grey friend in the bottom right corner when I looked back at the screen. Gotcha. If nobody sees it I will edit it and put a circle around it. This would have no bearing if I did not already mention the Grey's as big eyed mind control tools that are no longer able to interact with this dimension but remain in contact through other Channels, mainly cable. ;-)
What's interesting is "Kick Ass" in this scene teams up with Red Mist - Venus - Red and Black/Black Empress-Red Emperor-Lilith Samael Initiation, who turns out to be a traitor but is sorry about it later. In Red Mist's first scene he says he is available to fight crime  25/8. That happens to be the timing for Venus. 25 the number of Isis and 8 the Octagon Portal. According to Parallel worlds one must remain behind the other by one "click". If you want to see the clips let me know.
Hold on to your hats... 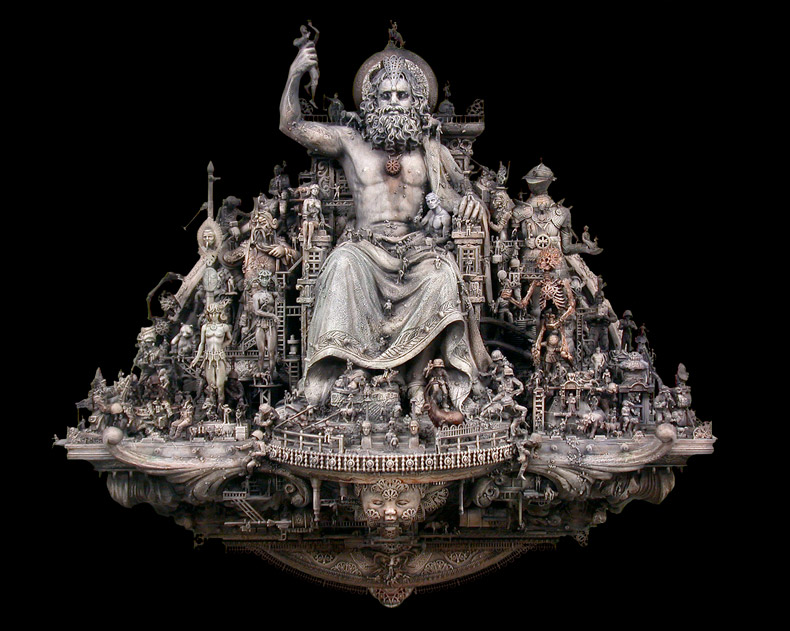 In the Galaxy We are at times referred to as, Born of Woman. These implications are very heavy, few take time to consider. We talked about the Most High being a Totality. A cohesion of everything. It even made it around to gather up all the Nothing to. Down the Tree or Pyramid you get Myriads of Beings of different make ups. Innerstanding Genus is to see this connection, "FE"LINE "FE"MALE "FE"RTILY "FE"MINE See a trend? 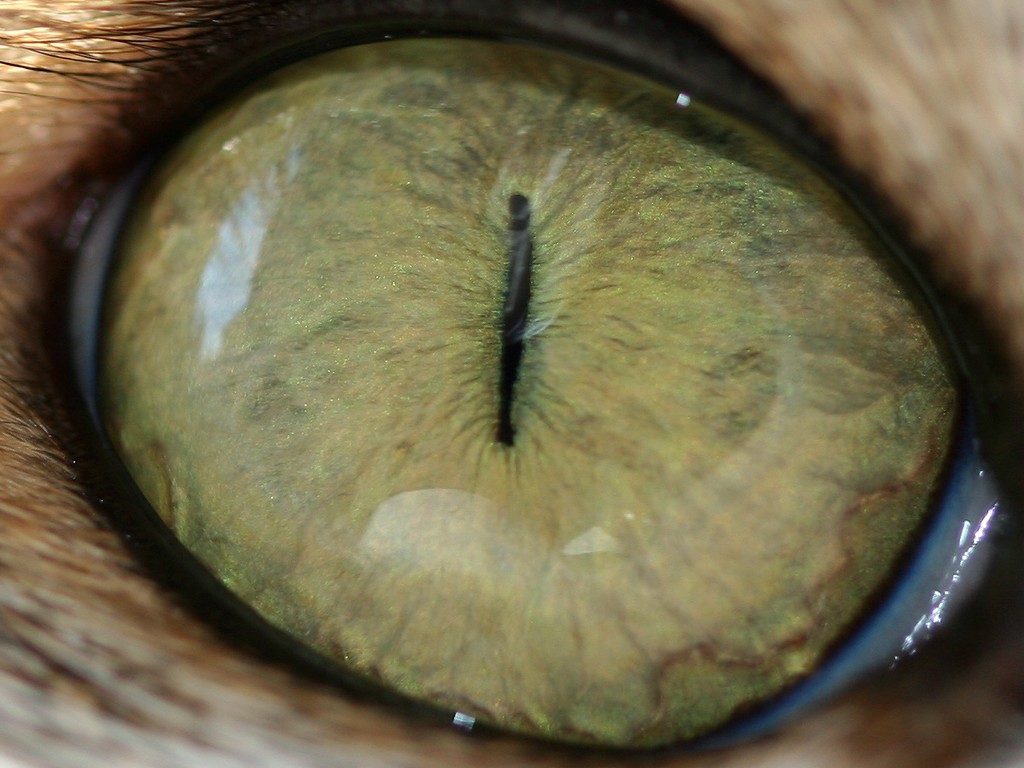 They wish I was making all this up, but the fact is I'm on top of it and I'm oh so close. So get this. The eyes correspond to the dimension or portal one is from. So the blending obviously took place as such. There are 2 Queens. Some type of Sphinx Feline "Astrally Female" womb lifeform. Let me explain this.

Many think there were only male giants because the original Seeders "EL" - Straight Line - Phallic went into or penetrated the Womb/Matrix Earth and brought forth first Rephiam/Baalim/Lords/Angels/Angles etc. a Right Angle is an L. But there were daughters born also and thus you get the legends of the Amazons. Angels by that term remain Masculine by Spirit form over Flesh.

So to explain "Astrally Feminine" means even though there is a male Feline, the Feline species remains Feminine as a whole when undivided. Ask me for more clarification on this if you need it. 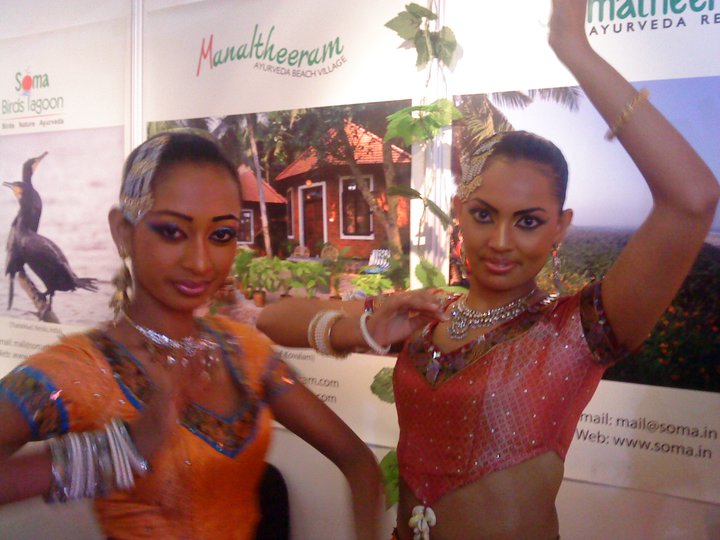 I'm surprisingly not mad about this. ;-) Again I would not have to have my third eye open to see it. It's really right in front of us. The Visica is a Womb and that is verifiable in many places. Think of all the fractals of the shape. There is obviously a womb the connects Earth to Venus and Mars. Feline Faced Structures on Mars, and of course the Venusian Queen on Venus.

We are all connected you know. I see a truce looming as the grip of the Predecessors is loosening, inherent freedom is on the way. As the correct knowledge spreads, We will see the beauty in diversity. So again the connection is the "Eye" "I". This word/letter is Chinese for Dragon by the way. 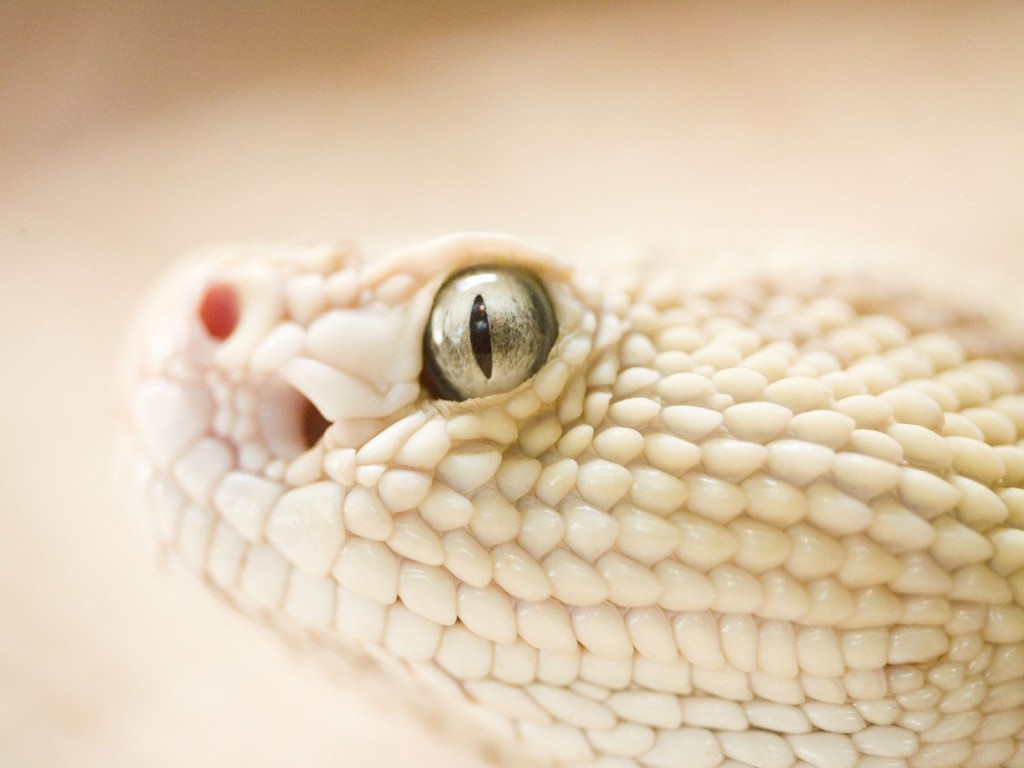 Officially the word is out the SST Reptilian Queens do not make good mothers. This is something they have been working on for Aeons. It is that stiff upper lip thing. But at the same time, colonization holds sway and now We have a cultural stew brewing as the perfect solution. This is one of my recent Facebook friends that loves Resistance videos. Like I said I cannot deny what is in my face and because its always buried in some book on various Species these days I believe something is really tapping me on the shoulder and saying, umm Sevan, look at this. Okay I will come back to all of this later but I know some of you are getting the point here. Just know that you will find all the answers in Genus. To know about life you must study life. The University of the World is preparing to open its doors. We are at task gathering the curriculum. 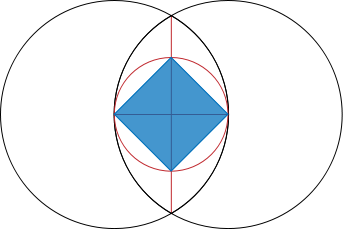 The highest guilds of Mathematics swore by this symbol right here and now that I know what I know, it really does explain many things, just about everything one needs to know here on Urth. Its so interesting how 2D just does a whole new thing for me, I could imagine me seeing this 10 years ago and how I would react, lol. Seems boring on the surface but when you go deeper you find the keys to everything. I was wondering if my personality was that way also. ;-)

So its in the fractal. Straight Line Beings, "Masculine", came into the dimension like sperm. They seeded the Matrix Womb to produce life. The Offspring is born which are combinations of all those that penetrated the egg plus the influence of the womb. Boy has it been a whole lot of shaking going on. Obviously there is a courtship going on here and Earth must be a pretty Lady. 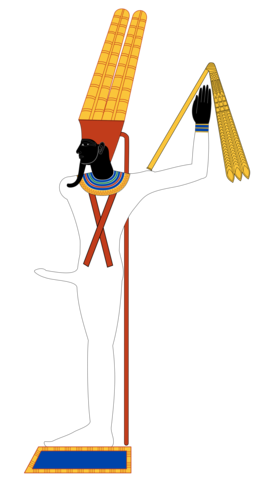 Our Caucasian studied fellow is still a little shy to admit to everyone but the first goes to of course....drum roll....MEN. Its all in the Mind baby, thats how you become first. We are still not sure if any of the Humans are indigenous to Earth but the first were those that resided in what we are now calling Africa, towards the Horn which is the seat of civilization. Foolishly called "Lower Egypt" which is Nubia. "New Being"

Later came many more "Seeders" in different areas. I suspect Venus sent craft into Asia near Tibet, which has been reported, and began subsequent "Seeding" programs into the Plant/Planet.

Do keep in mind there is a lot of Species and it just so happens there where many experiments. Kinky Creator Gods seem to be the source of man and woman's incessant fascination with "connecting". 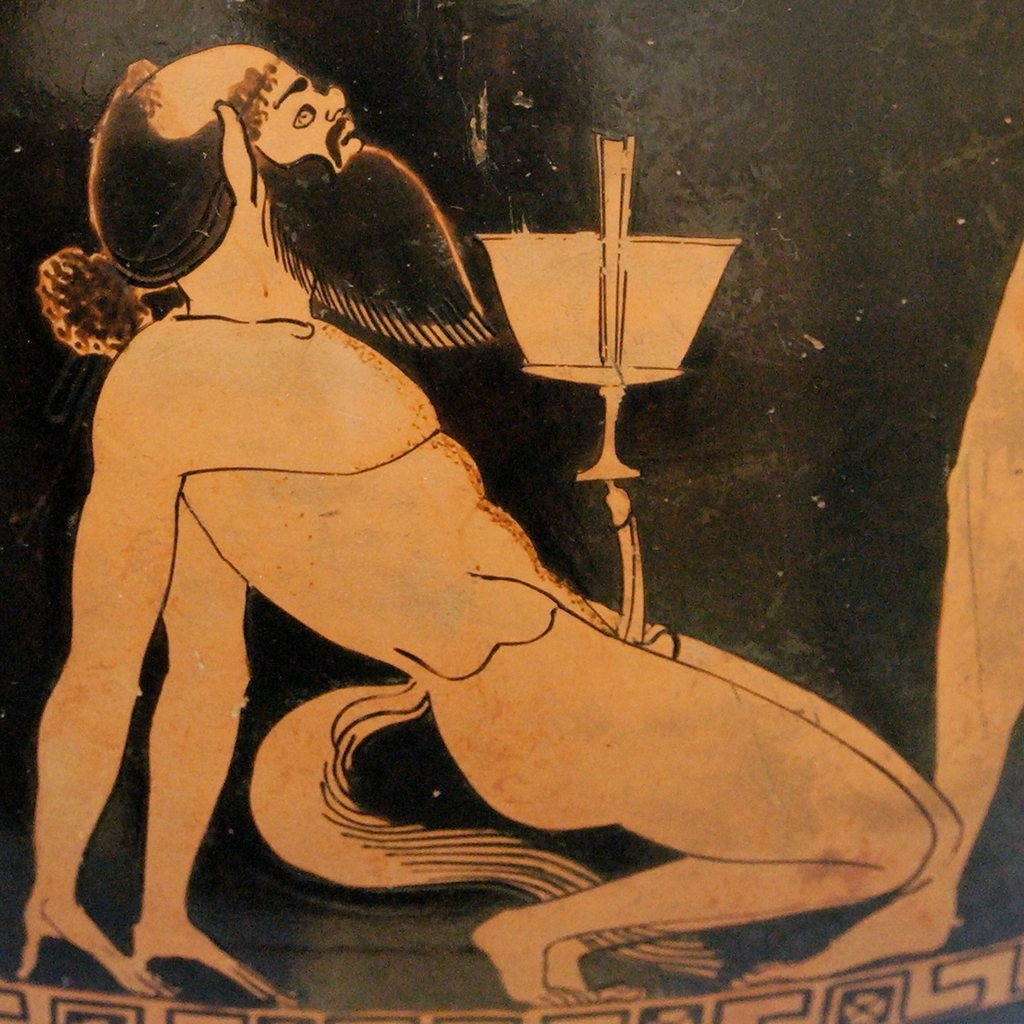 This is thousands of years We are talking about so what may seem like a funny myth to many is actuality, it just doesn't make sense until you do a little time travel. 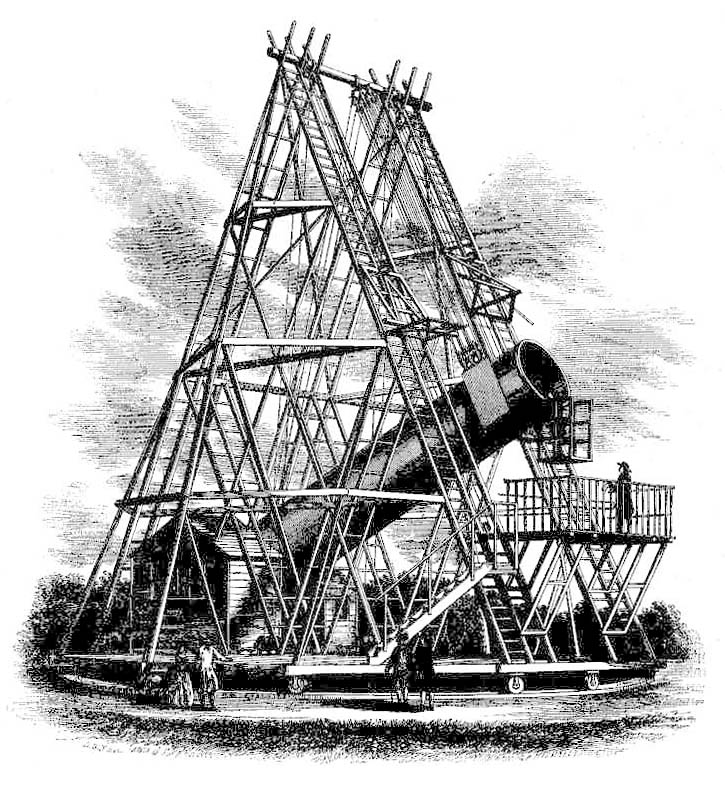 Of course it goes back much further but just see how We have always looked at the stars in High Definition. Since Light is Sound, Sound is Color, Color is Shape, Etc I would gander just looking at a Star or Planet under a high powered telescope would put the "sensitive" in contact with the energy/information of the Planet or Star being viewed. What do you think?

I've been hunting One-Eyed Gods around the dimension by the way. Like I said before there are more people in the know than you may believe. Let Us keep in mind the Resistance is In the Know and thus have established Ourselves as a free thinking faction of individuals with the task of innerstanding "Creator Science" in order to become better Creators. We can view all, they are aware of Us, We are aware of them, and how curious it really is to know We are still all connected. Each person's frequency is individual to themselves and when they add their frequency to life, there is simply no telling what it will equal. That is what makes it all so fascinating. Until We meet again We stay united in Thought never divided in pieces only together in Wholeness as We move about the dimension obtaining Balance.

Permalink Reply by Nine on June 27, 2010 at 9:10pm
The gates are flooding and there's no sense of it stopping anytime soon! 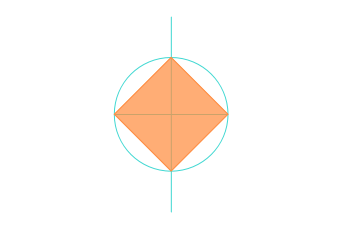 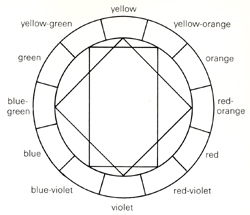 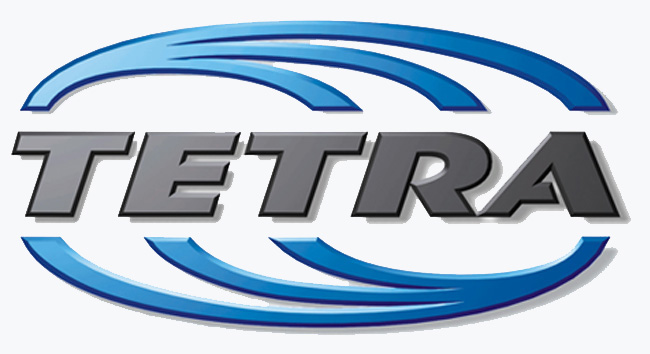 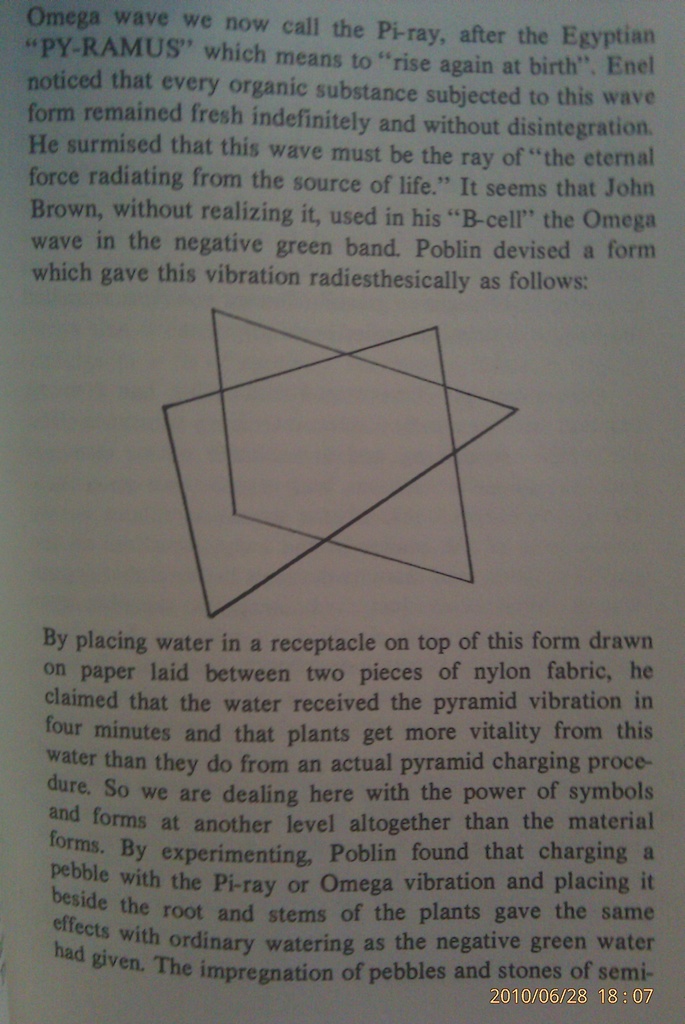 Permalink Reply by Max on July 2, 2010 at 8:00am
I saw this pattern just this morning in the new B.O.B. video Airplanes

Permalink Reply by georg chriske on June 28, 2010 at 10:46am
kirilian paints magenta, white and gold

Permalink Reply by whole on June 28, 2010 at 4:31pm
always together in wholenes, you got that right!

Permalink Reply by Denise La Roche on July 1, 2010 at 6:29pm
Just when i think i somewhat got it - WOW! NEW STUFF TO PONDER! I am speechless all over again! 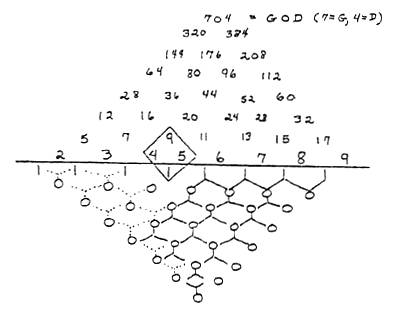