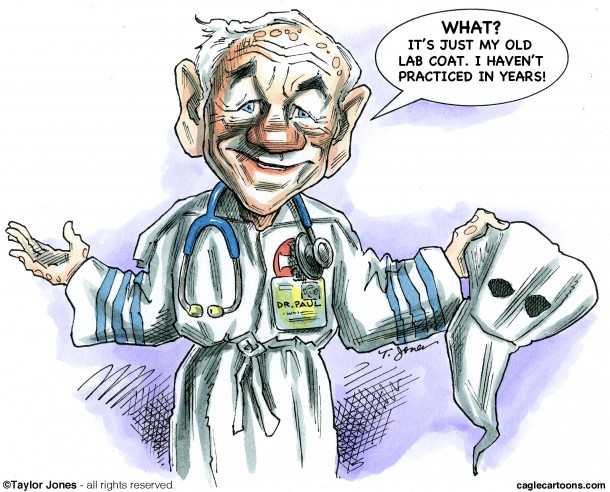 On Tuesday, Anonymous enthusiasts hacked and defaced the website of American Third Position (A3P),  a major US-based white supremacist network. According to Anonymous, documents liberated in the hack show that “Ron Paul has regularly met with many A3P members, even engaging in conference calls with their board of directors.”
The notorious international Internet hacktivist collective known as Anonymous is currently targeting American Nazis and white supremacists as part of their ongoing Operation Blitzkrieg (#OpBlitzkrieg).  On Sunday, as part of Operation Blitzkrieg, hacktivists associated with Anonymous hacked and defaced the web page belonging to the American Nazi Party.

The Anti-Defamation League reports that the American Third Position (A3P), is a white supremacist political party based in California. The white nationalist political group was reportedly created in October 2009 but began promoting itself to the public in January 2010.
The following is an excerpt from a statement issued by Anonymous hacktivists announcing the successful operation against American Third Position:

American Third Position Hacked and Destroyed; Private Emails Expose Blatant Racism and Ties to Ron Paul
Fellow Anons: we are pleased to bring you the dismantling of a major US-based white supremacist network known as the "American Third Position"(A3P). These racist losers have chapters across the US, operate several white power websites, forums and online stores, and are even running a candidate in the 2012 elections. Although they try hard to maintain a professional public image to camouflage their vile racism, we're now airing all their dirty laundry all over the Internet. Contained in this major dump are several thousand private forum messages, personal emails, internal organization notes, names, phone numbers, home addresses and other information on all of their members and supporters. It’s time for these cowardly suit and tie white supremacists to sleep with one eye open. Scared much?
In addition to finding the usual racist rants and interactions with other white power groups, we also found a disturbingly high amount of members who are also involved in campaigning for Ron Paul. According to these messages, Ron Paul has regularly met with many A3P members, even engaging in conference calls with their board of directors. Ron Paul's racist politics and affiliations are already well known, being viciously anti-immigrant, anti-abortion and against gay marriage -- not to mention having authored the racist "Ron Paul Papers" and receiving financial support from other white power groups (pictured with Don Black from stormfront.org). Hard to believe Ron Paul draws some support from the left and the occupation movements, especially now that it is confirmed Ron Paul hangs out with straight up racist hate groups.
We put extra effort in ruining the life of A3P webmaster Jamie Kelso. On top of being on the board of directors of A3P, former $cientologist, and high ranking Ron Paul organizer, he also is the account owner of german nazi forums and store nsl-forum.org, rhs-versand.com. We went ahead and wiped those websites off the internet as well, dumping private messages and order information. Aside from us releasing his information such as his social security number, address, resume and private discussions, we also heard some folks went on a joyride with Kelso's credit card and made some lulzy purchases, including sex toy purchases and making donations to the Anti Defamation League and many others. Oops.
We call upon not only other antifascists but all those opposed to white supremacy to utilize this information and make hell for these white nationalist scumbags. It is essential if we wish to live in a world free from oppression to expose and confront racists at their jobs, their schools, at their homes and in the streets.
No Dialogue! No sympathy! Destroy White Supremacy!

As noted in the announcement, Ron Paul has a documented history of associating with and promoting white supremacist ideology. In the 1980's and 1990's Paul published a series of newsletters written in the first person and published under his name that contained explicit racist, homophobic and antisemitic sentiment.
Paul claims he did not write or approve of the racist, antisemitic and homophobic material appearing in the string of controversial newsletters published under his name. Yet many find it hard to believe that Paul would sell and profit from a newsletter bearing his name without being aware of and approving of the content.
This new revelation will only serve to confirm the widely held suspicion that Paul is more closely aligned with American neo-Nazis and other white supremacists than he and his supporters are willing to admit.

SOURCED FROM THE EXAMINER.COM

I wouldn't trust too much from either Anonymous or the ADL.

Most computer viruses are written by the US navy. 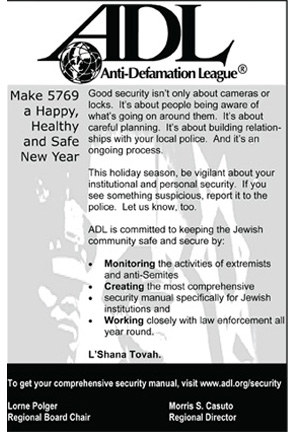 The Islamic faith was started by a Catholic cardinal in the 5th century as a tool for war. Hegelian dialectic.

Muslims are forecast to win the ratings game of religion.

Hegelian Dialectics is based upon four concepts:

The concept of dialectic existed in the philosophy of Heraclitus of Ephesus, who proposed that everything is in constant change, as a result of inner strife and opposition.[7][8][9] Hence, the history of the dialectical method is the history of philosophy.

@Darren you can say that again surely Psy Ops colliding, however, the Ron Paul deception is going to be one of the biggest upsets America has seen if they are foolish enough to believe any Presidential Candidate if in their favor. When people are let down it really dampers things, so in this case all disclosing intel on Ron Paul is something I do not mind sourcing, in fact I may dedicate this entire page to it. What say ye? Θ

Ron Paul  clearly stated all that has been written under his name!

I know that voting doesn't count. But the military people strongly support Ron Paul in his effort to "End the Fed" as this protest march video shows:

Irish people are becoming very aware of their common law rights as this video shows:

I do strongly support the information of this man regarding birth certificates and slavery:

Richard Hoagland said that Obama will get a second term because of the Mars "Curiosity" mission to the Gale Crater with a car sized nuclear powered rover going to explore the very ancient 96 mile wide building, that is a 3 mile high tetrahedron: http://www.coasttocoastam.com/pages/richard-c-hoagland-images

Interesting that DNA is a repeating 5 tetrahedron, triple bonded tetrahelix!

Which in turn makes me wonder in which direction theyre trying to steer consciousness in light of these revelations.. after all it is presumed tht this may very well be the candidate whos next on the throne... maybe do to the supposed let down of the previous "african american" leader the masses will subconsciously vote for the exact opposite as they often do.. quite a curious development if i may say so

Thank you for this. People need to be shaken awake with the knowledge of who and what this guy is affiliated with and why. I have been telling people for awhile the anagrams of this guy's name and they write it off as coincidence, but we know there are no accidents and so we push on to uncover more of the truth. I personally don't waste any time and focus on what's important and all we need to do is plant the seed and it will grow and gather the essence it needs. Occasionally, we speak to our creations in thoughts and guide them to fruition (fruit).

Permalink Reply by White Knight on February 15, 2012 at 4:34am
It's great to see some proof thanks sevan

It is amazing that a lot of the conscious people still want to believe to the" savior" . consciousness is wholeness. You cannot split consciouness into categories...I have seen so many people being health conscious and going to pray the lord...some are very aware of the media manipulation but won't see the food are a way to manipulate ...ect ...division of the mind...Famous people are part of the game...nobody is going to save you.. You would have to reclaim yourself... think ,, act  feel out of the black cube ..

dont watch tv much. but this guys name, game  or campaign never even attracted this i attention, ever... must be the frequency... not much on poli tricks. yet first attempt at linking this post to a new agey site that speaks on this stuff all day with a large following, not successful.. server block, oh oh,  will keep it movin. in that this disclosure seven. can assist in releasing a great deal of  teter tottering human soul energy stuck in his long drawn out