How do you make your way in the world

As a relatively new member of this community, one of the most interesting questions I came across lately is the one on the Career section of this website - "How do you make your way in the world?"

So I stood there looking at the screen for a short while until a smile and an answer came to my innerself, and the answer was - "Yes!"
It was indeed exciting. It makes one think and it felt to me like the question is in fact some sort of an activation in and of itself.
Hilarious as it may seem, I got double excited for the Perception of that first second-split excitement - as nowadays I more often than not aknowledge these kind of perception moments wouldn't be possible for me in the recent past.
So it came like a second wave over me, talk about free energy, this was it, that first little excitment wave retrieving back to the sea and a new one, ever more powerful and wonderful, splashing up my spine. And feeling it slowly fading away again to later on come back, transmuted in other kind of energy...
In the constant battle for being truly aware the most time possible, I wonder how much feelings, emotions, thoughts or frequency changes we miss to perceive in a given day, or how much time per day are we completely not aware, dorment even though awake, acting like robots feeding ourselves of external synthetic energy. Are we even breathing properly most of the time?

So with the question of this topic, or let's say, Intention in mind, I zoomed out, took a grasp of myself, zoomed in deep and there was this time that I took a voyage to places outside time itself. It was good, I mean, really good. And no, I was not on any substances and everytime it happens it doesnt need to.
Now, I could go on and write what actually happened in that whole(ness) reality but I'm not gonna do it. Writing about these kind of things at least to me nowadays, is just like someone telling another person how an Ayahuasca/DMT experience is or should be like. Also, writing about it would not make the experience more real to myself now. It is gone, and if I would write about it, I surely would add more things on top of it that probably didn't happen at the time, meaning, it's not that I would lie but it's because I (or we) can do these kind of "exercises" everytime we use imagination with each time new things coming up again and again. And the more detailed, the better.

So, IMAGINATION is my latest greatest discovery within myself in the sense that this is not the imagination I perceived last year, it is not the imagination I perceived in my twenties or puberty, but a complete new imagination that is in and of itself as real to me as I am seating here and writing this, feeling the keys under my fingers while typing. And when it becomes this solid, with this much depth, maaaan... Like, there was this one time I "fell asleep" in the Bank while in the queue, but I didn't actually fell asleep, I just woke up to this reality when the lady behind alerted me it was my turn and to move on.
That was when I began to think and grasp about reality and that it is only what is perceived by the senses, because where I went was as much as real as what we generally call real here. To smell, feel textures with the fingers, hear and see people I didn't knew from anywhere come to me and start to chat, see their faces in the most minute details, their clothes, everything we can sense with these - at least - five senses, all the emotions, sympathys and antipathys, desires and repulses, it was ALL there. It IS all there. I was in this another full manifested world although with my eyes open on this one, sight just shifting from one reality to another. And it came to me that, in this search of being aware the most time possible in this reality, we in turn can be equaly aware in another reality. Some kind of a merge or bridge if you will. And I guess just like in our dreams, the more conscient we are in this reality, the more conscient we are in the dream world too. The action-reaction within the law of Correspondence.
I dont want to extend this text any longer so let's face it, how many times a day, week, month, etc does someone come to you and ask these kind of questions. Not so often for me at least. The closes one would be "How do you do?" for wich we would answer simply "Fine thanks"...

Coming to the present, one could also answer, he makes his way in the world by the means of clairvoyance, clairaudience, etc, there is no right answer I believe. Like for example I also have a keen interest in sound frequencies and musical innerverses, since childhood my life has been "guided" by this thrust - or trust, so I could go for that. But I for myself can say that at this moment, it is pure Imagination what drives my world. So for this reason I think we should ask ourselves this more often at least to access our situation once in a while, put our lives into another perspective. And I'm gonna start by doing it now:
How do you make your way in the world?
Think about it. 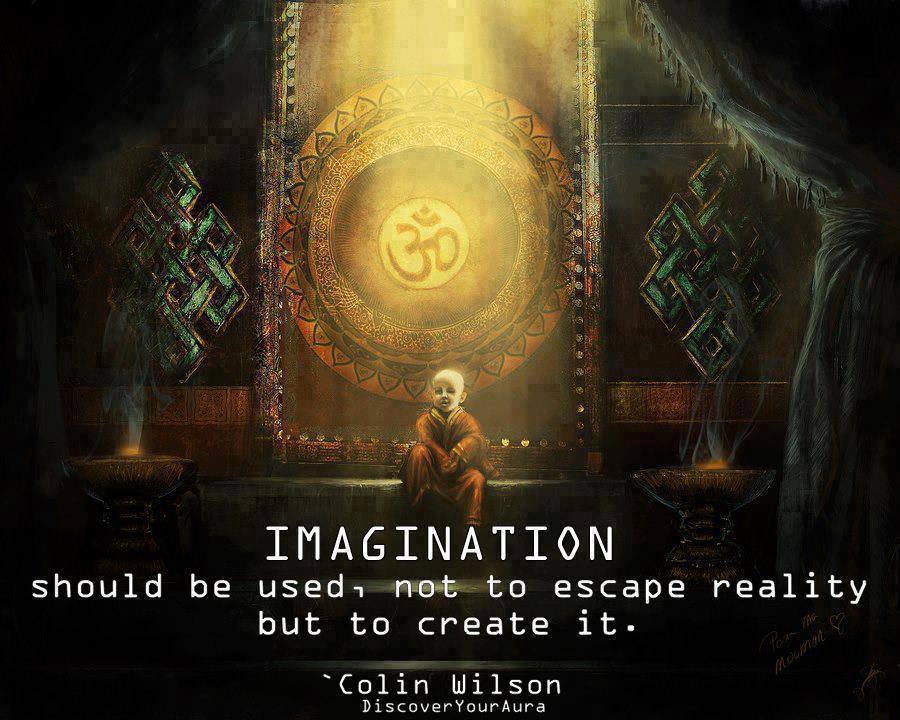 Thank You, I have felt similar confusion while pondering to fill out ST form.

Permalink Reply by Israel Higgins on April 17, 2015 at 12:42am
Beautiful, inspiring, thought provoking!