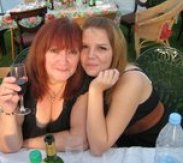 Authentication - Please enter the title of any spiritual book to verify you are a real person.
The Celestine Prophesy

How did you find out about the Resistance?
Yahoo

hi everyone.....thanks for accepting my request to join...and just to introduce myself to you all on this interesting website.....I am a reiki master and did my 3rd degree at sunrise in India in 2004,which just appealed to my soul, although I have been inactive the last few years...I have had a very spiritual experience that is too 'different' to explain and have had several symbolic visions and dreams, and several experiences whilst in bed of waking in the night to feel energies swirling around me, had my face turned around the other way, movement of my bed covers and my electric bed going up and down on its own, also I saw a ghost once when I awoke to find a black robed figure standing over my bed.

When a friend and I worked as auxilliary nurses at the local hospital one evening we went to a dying man's side room to give him some reiki to either 'cure him' or release his soul so he would no longer suffer (he had been expected to die for some time). After our shift we went back to my house where my son was painting the kitchen and decided to go and get him some beers, my friend was at the gate by the time I got to the front door and I had to shut my eyes tight a few times because I was seeing a mix of colours brought on I thought, by looking at the paint on the walls....but the ball of light would not go away...my friend (2nd degree reiki) also saw it. It went ahead of me as I walked round to the passenger seat and just hovered in front of the car. We were astonished by this and it stayed in front of us all the way down to the off license about 2 mins drive, and then it shot off straight ahead just as we were turning right to go into the car park. When I went to work the next day I discovered that the man had died just after we left the hospital and often wonder if it was his soul coming to thank us for releasing him and seeking a local energy line to travel to the place after death. I've always had a love for the spiritual and firstly studied the bible and then learned about the chakras so am not totally ignorant of some subjects here......I'm very happy to have stumbled across this site via either 'The Truth Behind The Scenes' or the 'Above Top Secret' site (can't remember which now) from whom I recieve news letters in my email and I look forward to meeting and learning from you all....christine

It is great you have come we are with you!