We cannot release more information about the soul traps. All you need to know is in this last post entitled "WHERE ARE THE REAL SOUL TRAPS PART 4 Further info may panic and terrify the people and our purpose is not to spread panic but to restore the healthy natural function as beings and individuals in order for the white and black awakened races to act as healers-cells of the universal organism and to foil the Sino-Zionistic armageddon planetary destruction genocidal schemes.
Their days are numbered and they will pay for their genocidal crimes and for their disgraceful thousand years collusion role play of God-Good vs Evil-Devil. Other far superior forces are responsible for their punishment. You must stay focused down here on earth in order to foil world war iii and the Sino-Zionistic motivated armageddon. Think of 2012 as a positive awakening and evolutionary step for earth and humanity and act likewise.

According to the G.H.REES information the soul traps can be avoided as long as your soul tries to stay on earth as long as possible and to avoid the trip to the sky. Because these Geostationary orbital traps between the Earth and the Moon and all around the Celestial Sky are trying to lure the souls into them by playing joyful lights and sounds of party and paradise(!!!). That's why G.H.REES calls them "LUNA PARKS". The term LUNA PARK on earth is also subliminally used in order to lure as many souls to them as possible and on the earth plane (1st dimensions) and on the after life "astral plane" (2nd dimension)
Some people like John Lear also theorize that people who are drunk in the sea (like sailors) are never caught by the traps, and that's why they call them "lost souls", but I cannot verify that. Moreover Lear is being manipulated by the Draconians demons possessed Rabbis and sort.

Q:The Andromedean astro-fleet comprises of 360 1st dimension ships and 600 ships from higher dimensions, up to the 6th.
My question has to do with the dimensions issue. Suppose you reside into a dimension say n. Then you have a panoramic view of the n-1 dimension and of the beings living in it, right? With no left or right up or down.The same way people can see the ants moving on a 2-dimensional surface and can pick one from any point.So you can emerge at any point of the n-1 dimension in no time. (zero time? Can you be at any point of the n-1 dimension at the same time?)
So the question that stems out is why the Andromedean ships (the 600 ships of higher dimensions) needed so much time to appear to this Solar System? They could simply descend into the first dimension of matter. Isn’t that right?

A:No, dimensional shift is not as easy as David Icke want us to believe.
As G.H.REES has proved in order for example for a body of a 2D Demon to materialize in our 1D (dimensional shift) it would require the instant shrinking of its volume by about 1.000.000 times leaving at the same time intact the molecular structure of the original body. Of course this is impossible. The whole procedure would be equal to a nuclear fusion bomb activation with nuclear-fuel-weight equal to the mass of the Demon body. Of course any molecular structure during this implosion would be instantly destroyed. So a Demon cannot materialize in our dimension. He simply cannot survive the procedure. But he can affect the lower dimension in various ways though, through Maser radiation and Laser holograms for example. So the stupid masons in their demons invocations cabala sessions what they are actually seeing is not the actual Lunar Demons entities but the Lunar-Technology Lasers holograms and Maser technology and Pituitary Gland psychotronic radiations that these multidimensional reptilians f****** assholes-crooks aliens use in order to exercise psychological terrorism to their terrestrial subordinates - slaves through the use of "magic" (Highly advanced multidimensional radiation technology and resonance frequencies).
Now the higher dimension can directly affect the dimension that is right below it.
But if there is a big gap between 2 dimensions, then one can affect the low dimension only inductive, again through Laser or Maser or Naser technology.
This happens because between the dimensions are natural frequency barriers similar to the "sound barrier" which make difficult or impossible to break by the ships or the beings of higher dimensions of matter rarification.

The Galactic Federation was notified by the 1/3rd part of the Zeus forces which tactically retreated in Atlantis time (about 9.600BC) to the four external planets of our solar system (with planet Saturn as the front barrier of their defense).
The first ships reinforcements arrived from the local center of our Galaxy (inspissations center) about 800 light years from our position in about 7500BC.
From that time the Galactic Federation issued several ultimatums to the Lunar Draconians to surrender authority, announcing to them the year 2012 as their final ultimatum year.
Major reinforcements arrived in the four external planets in mid-20th century and in the 80's. Then star wars program was built by Reagan in order to meet this "alien" threat. (See Reagan statements to the United Nations). At the same time in zionist controlled hollywad Star Wars movie came out that demonized the Galactic Government and showing as the good guys the Jedi rebels - mutineers. Of course Jedi is a paraphrase of Judas. A word to a wise man is enough.
The main final wave of the reinforcements arrived in Saturn from 1999 and later and accumulated in Saturn orbit with 960 multidimensional war planets. The Draconians formed their outer defense in Jupiter with 118 war planets of only our dimension (visible ships)
Distances in the Universe are huge. In our dimension the maximum possible speed is the speed of light c. So naturally the visible war planets delayed to arrive.
As you probably know the current situation is severely critical. The criminal piratical Draconian/Cronian faction blackmails the whole populations of the universe with death & destruction, because they threaten to destroy one more planet, the threaten to destroy earth. Already due to the presence of the Draconians astro-fleet our system orbits (harmonics) are unnaturally and dangerously shrinking (See Titius Bode Law). If one more planet is destroyed the the whole system balance will be at grave danger. We are close to the hyper-solar system of Sirius (only 8 light years) which is the coccygeal part of the Universal Organism. If this Universal Organism critical part energy balance is destroyed then the whole Universe existence will be at grave danger. 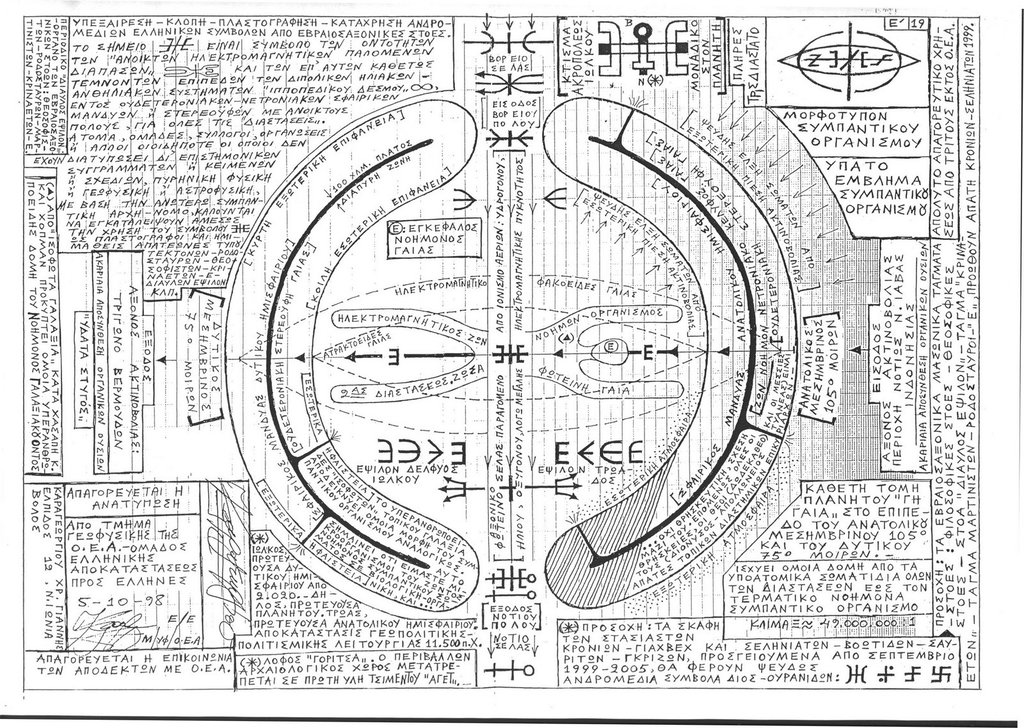 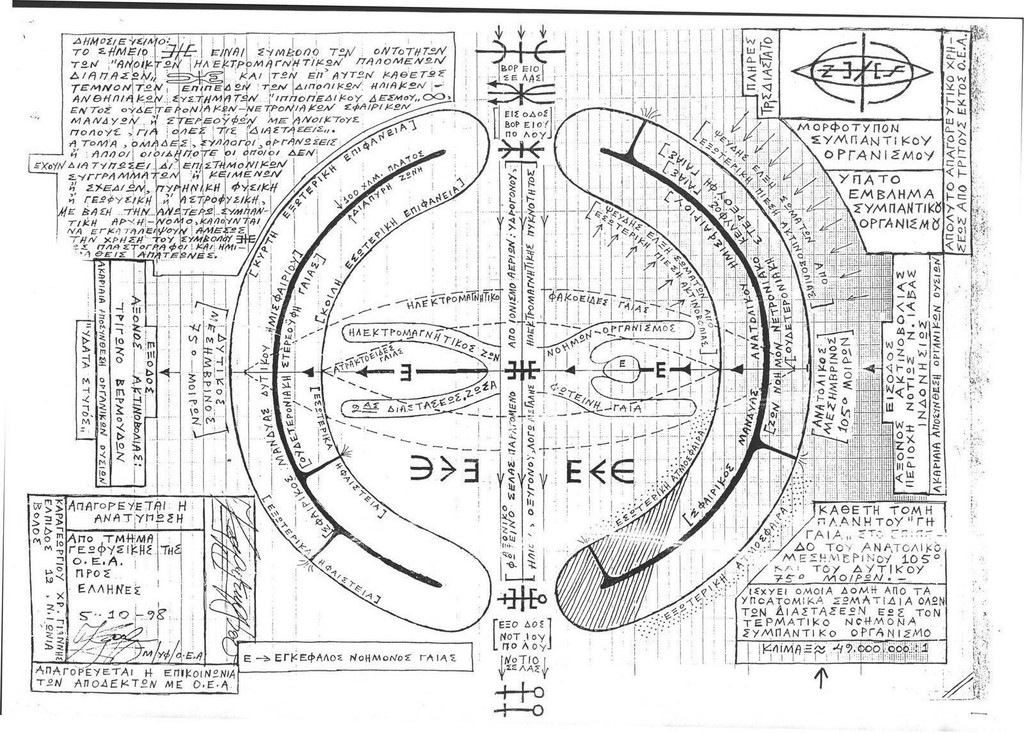 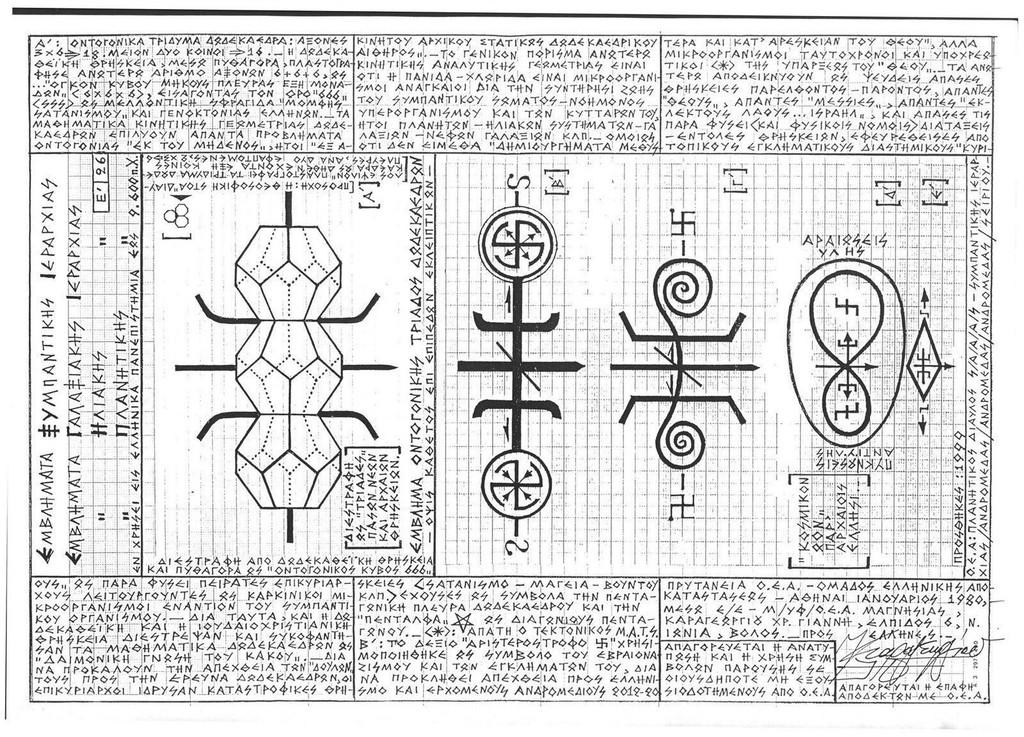 This Triad nature (of the three forms of matter: MATTER - NEUTRALMATTER - ANTIMATTER inside a neutron solid-essence or "COSMIC EGG" according to the Cronians Orphics terminology) was the pre-Lunar Pure Solid UNIFIED SCIENTIFIC Knowledge of the Andromedians HYPER-SCIENTISTS Hellenes, a knowledge which was later severely distorted by the Cancerous Lunar Dragonians and the Cronians Mutineers, into various forms of Religious - Worshipping - Ritualistic - JudeoChristian - Pagan - Idolatry "Triads", of the pseudoGod - pseudoBeing Lunar Governor Dragonian Reptile: Sin - Sion - Zion - Sedi - Jedi - Jude - Judas or pseudo"JHWH" ...in order to befool and delude the Earthly Hellenes - Pelasgians and the rest population (Black race etc), and in order to cut off the Earthly Hellenes from their Archetypes and from their conscious deep understanding that we are all: parts - cells - microrganisms inside the "Body" of a broad - colossal - UNIVERSAL ORGANISM.

Lunar Cancerous MEGA-Fraud the non-existing -according to pure logic-:
extraCosmic Terrorist "God Creator" who demands "love" and blind slave-obedience under the disobedience punishment of everlasting torture.

Moreover, a vast amount information source about the Andromedian Unified Sciences will provide to you the below awakening document, as far as you are capable of understanding some basic form of positive sciences. (mathematics - geometry - physics etc).

The document is an original G.H.REES document which unfortunately is still not translated to the English Language. 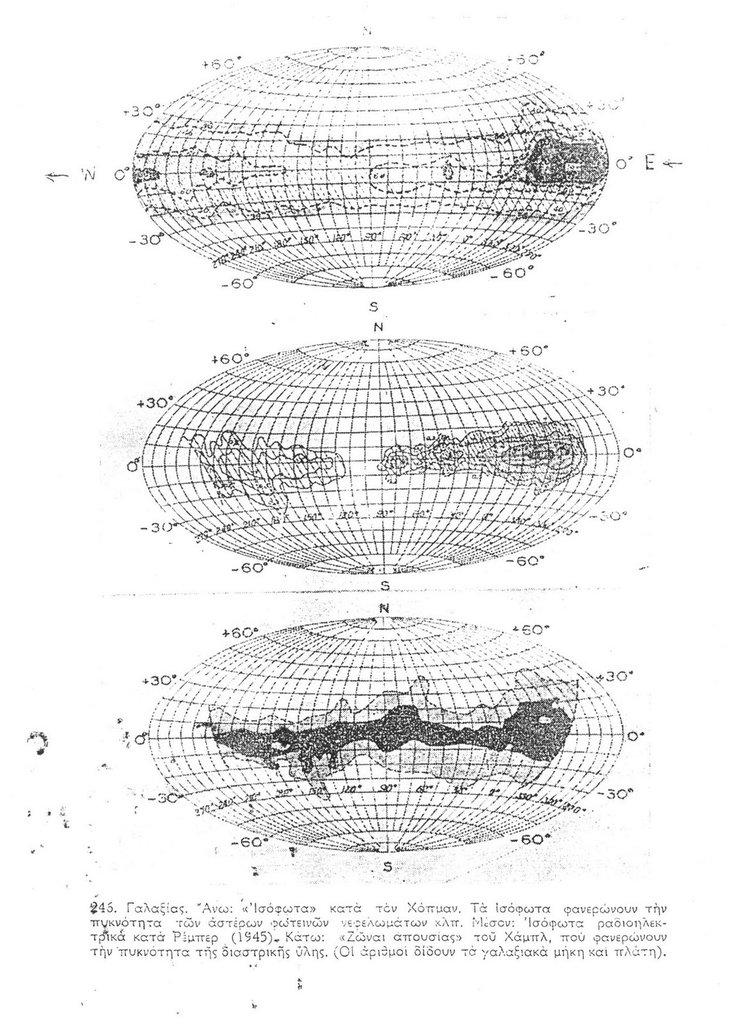 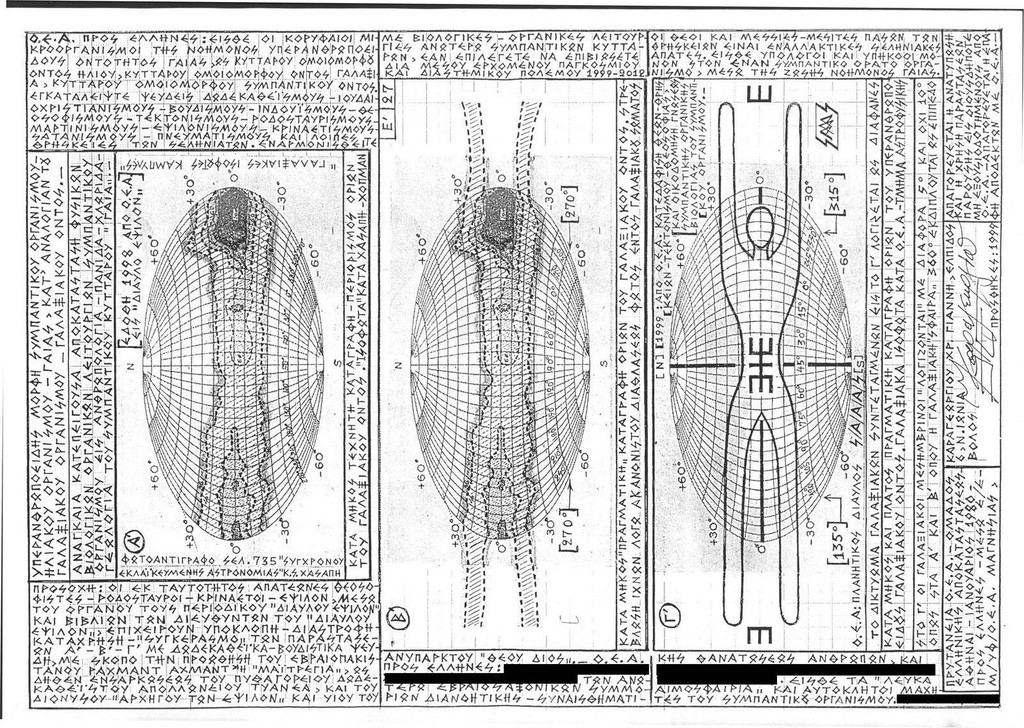 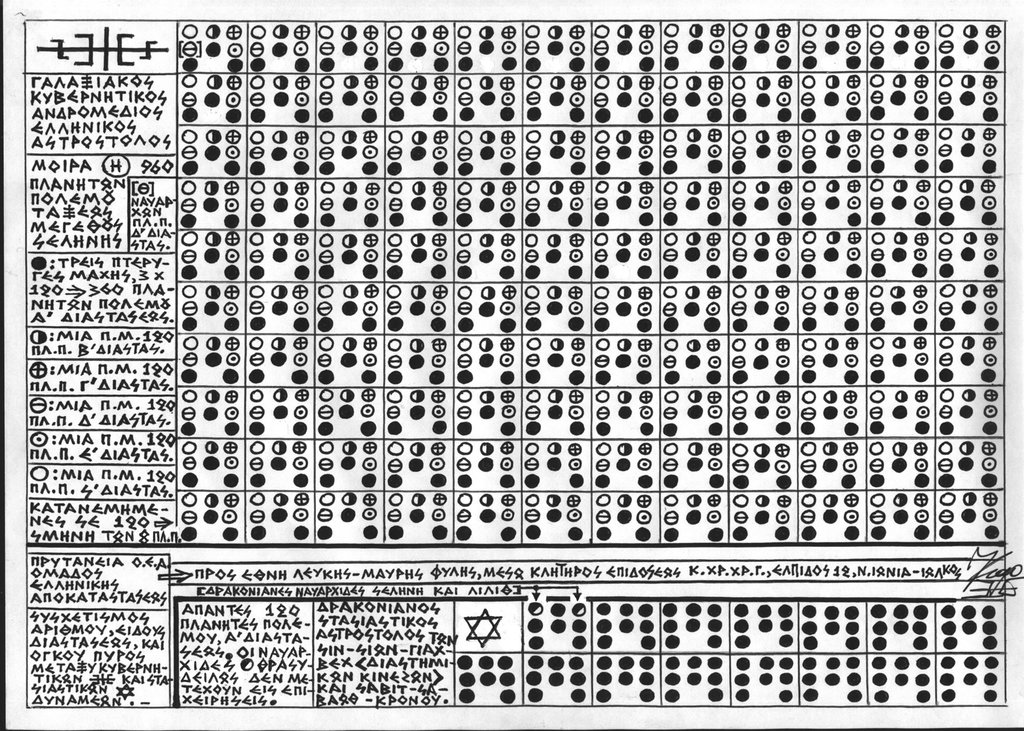 Clarifications concerning the newly accumulated satellites of Saturn and Jupiter
17.05.2010 – CLARIFICATIONS BY IOANNIS KARAGEORGIOU, (SERVER OF THE G.H.REES DOCUMENTS) CONCERNING THE NEW SATELLITES OF JUPITER AND SATURN.

The information about the new satellites of Saturn and of Jupiter is not originating from an original research of G.H.REES.

It’s originating from a statement of “JPL” (JET PROPULSION LABORATORY) of “NASA” which forbids to the University Authorities of “Mauna Kea” (in the Astronomy school that the Mauna Kea observatories belongs to) to do direct statements for the observations of the telescopes “Mauna Kea” in Saturn and Jupiter, and those statements were tasked exclusively by “JPL” itself.

According to those statements, for an original announced number of about 50 – 60 new satellites in Jupiter in 2004, “JPL” predicted that their number will double in the next two years.

With what data on hand “JPL” did this “prediction” is unknown to G.H.REES, although the fact remains that they did prediction without prior observation and this is suspicious because already was formed the number “120” (60 X 2) of New Satellites, which is the true number of the Dragonian Ships (in Jupiter’s Orbit).

Concerning now the orbit of Saturn, “JPL” has also announced, and even in Greek Newspapers such as the Magazine “Epsilon Phenomena” of the Free Press newspaper (Eleytheros Typos), which reported about “80” new satellites and that their number will increase dramatically in the near future. Of course we must now report that the data that G.H.REES later intercepted from “NASA” through various methods, are forming the number “360”, as the true number of these visible War Planets accumulated now in Saturn’s Orbit.

There are now newer data that are purely original research of G.H.REES, because those were not announced from “JPL”, and concerns the fact that except the “360” visible ships, made of matter of our density, there are other invisible to our spectrum ships, up to the number of “960”, of B, C, D, E, F Dimensions of matter rarification, of “120” Ships for each Dimension, from which appears only the emissions from the first dimensions, namely B and C.

We cannot release more data for the time being. Nevertheless there exists information from Signals that are indications, not proofs, and indicate to us that they reach the number of “960”. These signals are “NASER” type signals (Neutrino radiation emissions) which were received by G.H.REES through the department of incoming signals recording, for which personally I ignore every function detail. 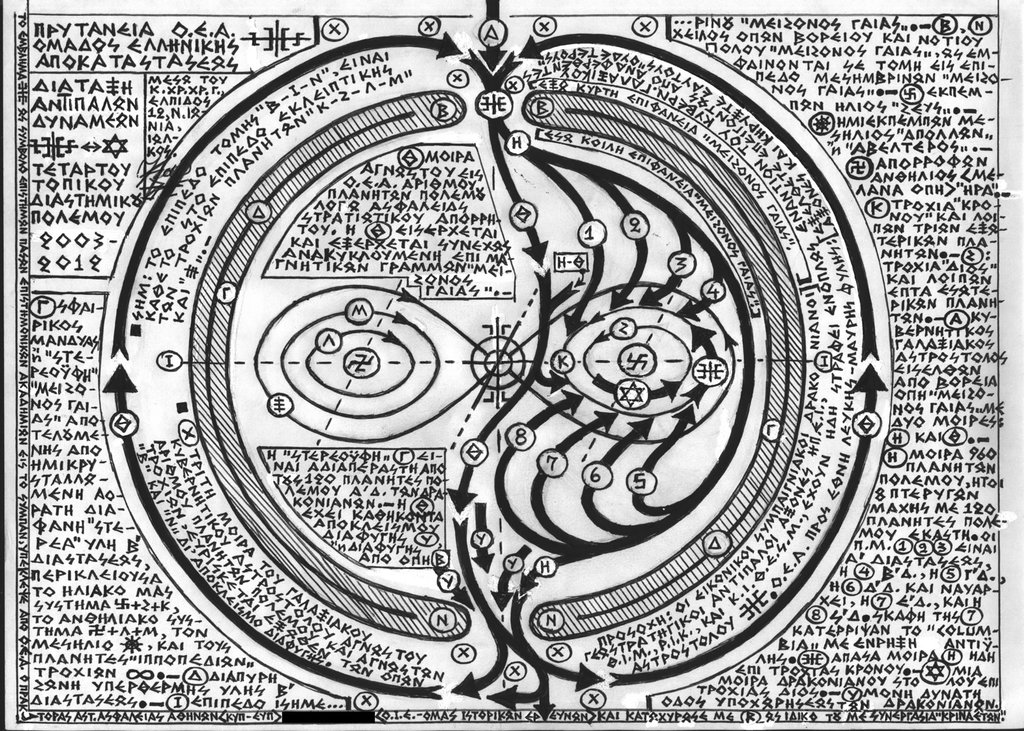 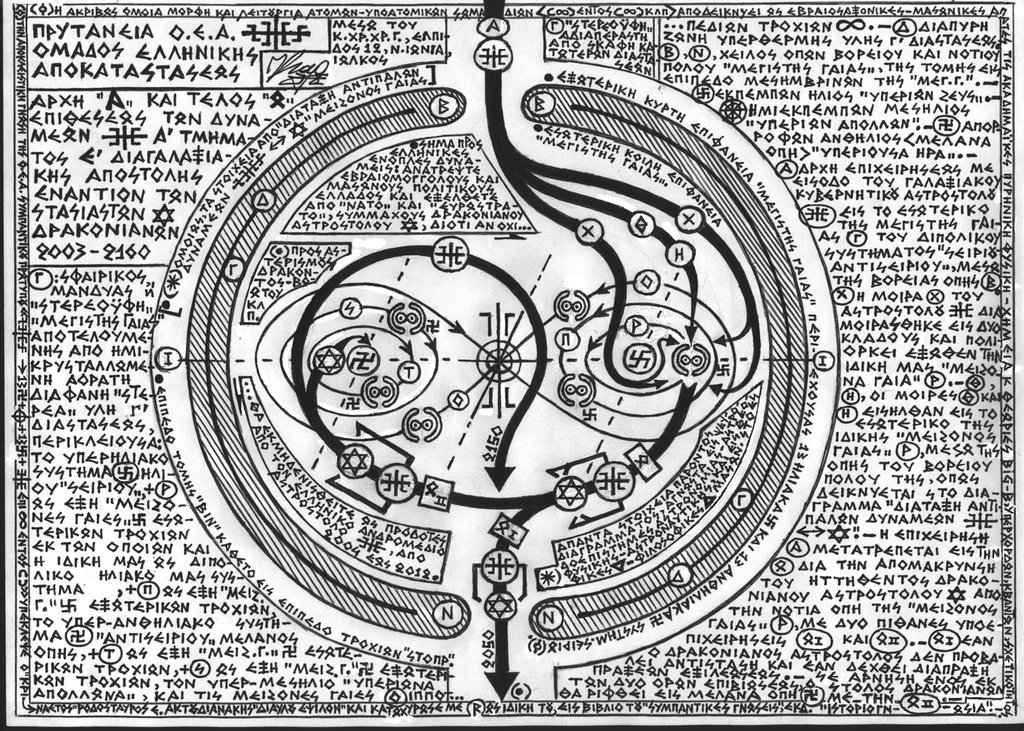 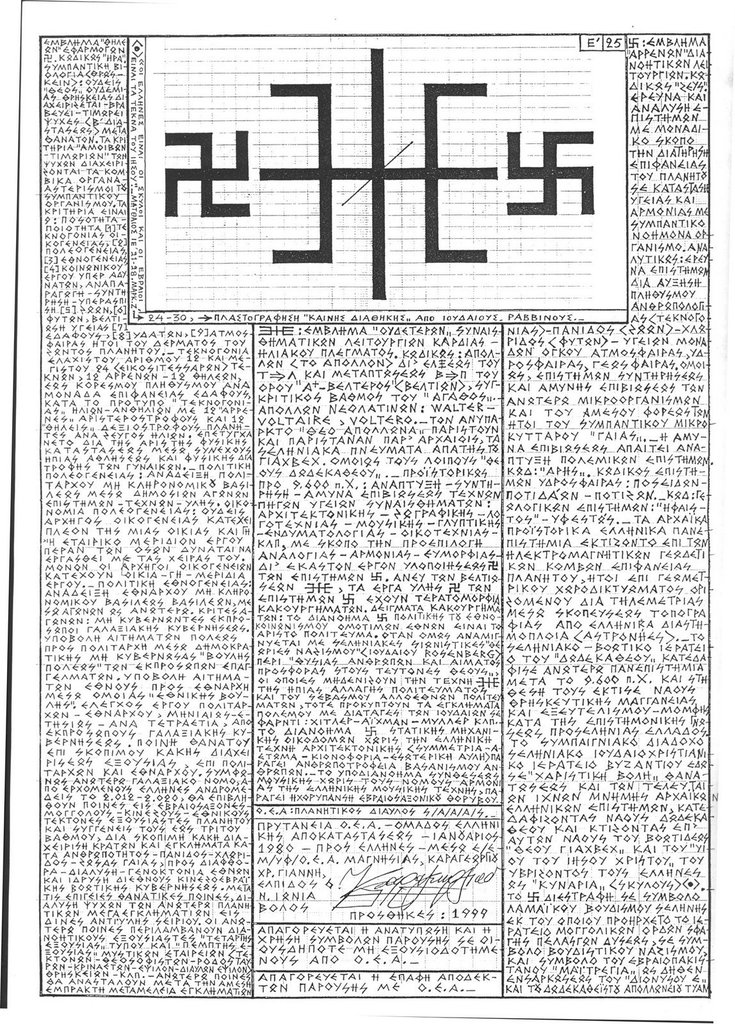