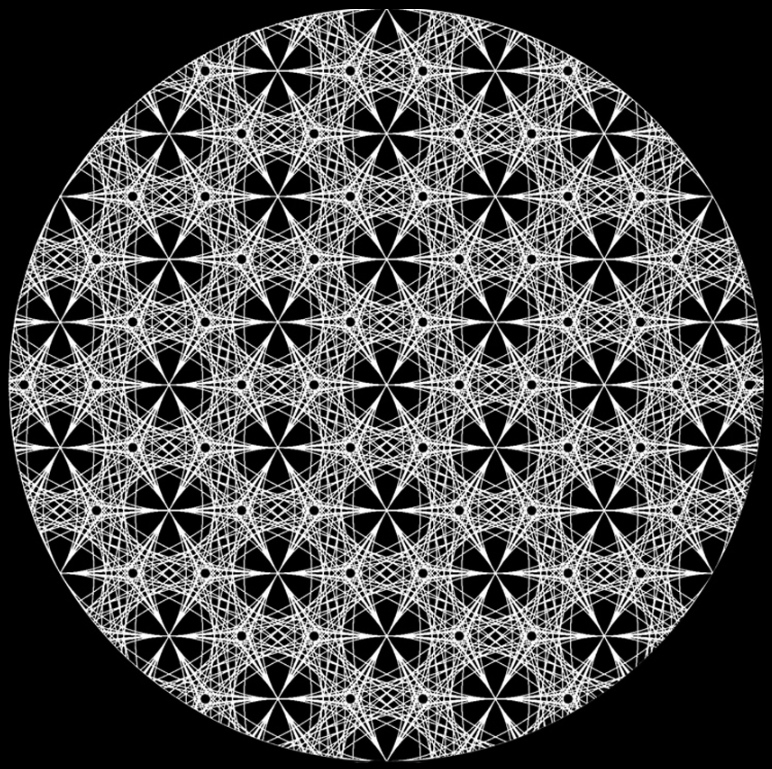 THE DERMA/DREAM SKIN THAT COVERS THE UNIVERSE AND ALL INHABITANTS

I'm gathering knowledge from the Universe so fast I have absolutely no idea were I will be by late next year all I can do from this point is leave a very distinct trail. Then when people truly realize what We have been talking about truly means to the expansion of their existence they can use their brain like a telephone and call me and I will answer.

What you are looking at above is the completion of the Flower of Life. It truly becomes of no use unless someone brings you the whole thing. Ever brought a woman half of a flower? So the reality is just like always the people who have brought forth this knowledge have brought it forth missing the most valuable pieces, mainly the innerstanding of what it truly does. 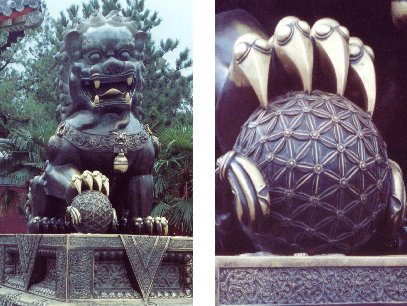 I will speak direct here. It is clear the world at large is under the paw or guarded by the Lion - Feline Beings. If you did not notice the word for Lion in Chinese is ShiShi or SheShe. Further you find the word Feline connecting to words like Female, Feminine, and Fecundity because it is becoming very clear how worlds become populated and what Neters become "The Mothers" of the Universe.

In Hebrew Kabbalah it states the mother letters are Aleph, Mem, and Shin or AMS. Ari and Aryeh are the names for lion in Hebrew so that traces the "A" of Aristocracy to the Lion which is very easy to see in parliament since they brandish it everywhere as their seal. M is obviously the Mother of all Mammals who generally have horns such as Rams and Mammoths. S of course is the Serpent Mothers. When you want to trace the development of the lifeforms related to the crown of creation you should begin here as all things stem from these trees. (3) Three = Tree when you remove the "h". AGAIN, THE SUN IS A MERKABA

To get deeper into this the Sun is a Merkaba sending out a Light Code based on The Language of Light. You can actually witness this Code in a slightly altered state of consciousness actually crossing through organic life so this is not theory. This Code in turn programs the reality to be what it is through the same Torsion field that surrounds your body which we are calling the Aura. The Aura, Torus, Flower of Life, and Merkaba are all the same thing, however, the way they have been teaching those who follow such work on how to operate it has resulted in very little success because they have been showing and telling you only pieces so the truth remains obscure and veiled.

The reality is Earth is a giant malleable growing crystal, always keep in mind crystals grow like plants and crystals are primarily programmed through light/laser/photons by shaping the crystal to the form of the desired state. Sound is a secondary form of programing since light makes a sound already. In the event the field is programmed to a Dodecahedron which is Phi then the fighting ensues as each Element attempts to exercise control over the other in a constant cycle of wood, losing to fire, and fire losing to water only to be absorbed by Earth etc. This is the cycle of energy through the combustion of duality. Beyond the pentagram field you find only unhindered energy such as those contained in the Torus, Shri Yantra, Merkaba, and Aura. Since these fields are all the same it is very easy for one who knows how to control them to alter their own reality. Remember this field was created to send and receive not just receive programming. The controllers hide the knowledge about this because they want to control everything like a one way street leaving most in a position to only take commands. I believe the Beings that brought the knowledge to the Ancient Asiatics which was gained later by the Egyptians originally used this field to create nests for their progeny which were very advanced. Humans are very advanced Beings no doubt but few question the much more advanced Spirit within and its vast future and past.

Later it appears a strictly etherial system became usurped by those who carry the Pentagram which appears to create flesh or matter through the mixture of Fire (Huo), Metal (Jin), Wood (Mu), Water (Shui), and Earth (Tu) or Two which means Dual. They go under titles such as SR meaning senior or older. It is clearly related to the Serpent. It appears they placed their Dodecahedron web inside of the Flower of Life Lattice field effectively netting the Spirit only from the stance that it gives another access level. To make it more simple it appears the artificial electromagnetic dodecahedron field surrounding this planet now, which was made through technology, is the Net created by those who are wrestling for total control of humanity which can only come about through a constant re-programming and hacking since the person is naturally in a more advanced organic skin we call an Aura.

To further see this fractal simply imagine the Spirit and the Body. The Spirit has this Flower of Life 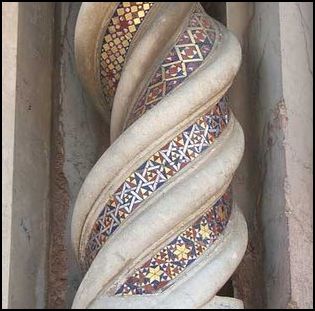 Torsion field around it while the body of flesh is the Dodecahedron or Pentagram Field. The Spirit can then temporarily lose its connection with the Universal Field by the suggestions of the Pentagram Field. So in layman's terms the Spirit can be made to forget who it is by the conflictive programing of the Physical Human Body. There is truly nothing new when you are under a Sun as it appears most are under the dominion of the Artificial Sun until they realize all of this. This makes the type of Beings involved in this level of interaction Zoomorphically Lion Serpents. Its Zurvan all over again, something history keeps forgetting but this time we will not let mere symbolism distract us from the hidden mystery.

How this "reflects" in any reality that this is going on is the people will be under the "paw" of the Sun God of the time, a Lion-Serpent. The controllers of modern Christianity know this so they feature Jesus as the "Lion" of the Tribe of Judah but he is also the Nehushtan Brazen Serpent, Lion Serpent again. Believers worship on the "Sun"day which is actually called Domingo or the day of Dominion in Spanish.

Now hear this, this is not dualistic but mature, know where you are and what is going on or remain stagnant in the current state of consciousness. I will tell you that the previous inhabitants of this Planet who are now hyper dimensional have taken many Spirits from across the Universe and have placed them here for a time for various reasons. Teachers, Craftsman, Breeding, Warriors, Prisoners, Rehab, you name it. In some instances whole Soul Groups, such as the Chinese, are here together while in other cases only a few sometimes even one kind of Spirit from a particular sector of the Universe is here by itself struggling to stay awake. We are with you.

They have no clue of my plans, I pass through all walls, I program the dream. Sevan

* This means to tell nobody about things they can do nothing about as it only puts you and them in a worst position. Think about it. However, if there is someone that can, do not delay in bringing the message to them.

Post Script: Now that I know what I know I have caught a glimpse of far more advance "geometry" or Worlds, however, what will one do with the one they are in now? Graduate Earth, climb your Spine.

7 u and the info get more and more beautiful every day. breathtaking illustration of the web.  i have seen it. and i have called u on the brain fone several times and u, or someone u with ALWAYS answer. LOL. thank u.  the joy of the info is beginning 2 stamp out the scary stuff

Why thank you Aurora we do our best. :-)  Its becoming so clear you can hear a pin drop.

Thank u 7, I have a suggestion about the five elements of the dodecahedron or flesh.

How about we search for a sixth element that could bring us back to wholeness and balance?

I have a feeling that sound could be that element, no?

The Sixth Element is Aether that is why the flower of life is 6 fold. Because Aether is indestructible it allows the cycle to continue over and over. 6+5=11 or 2 which is continuous duality. The mating of numbers really tell everything if you know what those numbers mean as Archetypes.

Sevan, that information is just wonderful and thank you very much to put so much touch on it. There is something I don't get yet. The sun programs our reality, with the codes of the light, that's a fact.Then you say: ''There is truly nothing new when you are under a Sun as it appears most are under the dominion of the Artificial Sun until they realize all of this'' Are you then speaking of the real actual Sun? What would be the symbolism of the Sun In that sentence?

Good question. What this boils into is that the external is a copy or inverted replication while the internal is the never perishing real thing. I believe this is happening with us also, we see ourselves as these humans in this body and even though it is a fantastic piece of equipment it still is a mere reflection of what the Soul is capable of. Just as they say the Sun is aging and will eventually go super nova and blow up but that is merely a determination for the external Sun the internal Sun never perishes and never fades. So in context it is possible that the inner Sun doesn't shine and is not hot externally but rather being internal it corresponds to the then inverted states mentioned which is not always opposites but different states altogether causing it to escape the decay of everything external.

Ok, If I did  understand well, is that, The real sun is then mere reflection of what we, ourselves, shine inside. Meaning that, what is being projected inside is then brought to external manifestation and that configures our reality. Meaning that, the real sun is in fact stimulating what's higher or god/sun in us? As you said, the sun is inverted replication, as Inverted would mean, inner-verse. So it is shinning what our inner-verse is about. like the reflection of something on the water or a mirror, Just that one is only an idealistic image. Is that correct?

Like I've heard: Even if it's cloudy, remember the sun always shines.

Also, I would like to know more about the Aether, what are it's characteristics?

Great Stuff! Lots of GEMs ( geo earth mother ) connections to pick up on!

Opposing forces of resonance and damping are everywhere in nature.

The pent / hex relates to our bodies being biocrystalline in nature.

The crystal quartz, hex part comes from the aqueous silicon that is in every one of the 100 trillion cells of our body.

The pent and dodecahedral part is related to the fractal geometry of DNA - the serpent.

or cir-cumsribed, circular, serpentine subatomic particle flow that is magnetism.

of the tree of life is magnetism the wind on which love travels. The zuvuya.

The constellations of Leo and the unicorn, ie. monoceros straddle the galactic equator.

Leo eating Draco refers to the event horizon. Where the outside becomes the inside and can see

straight into the eye, ie. GC.