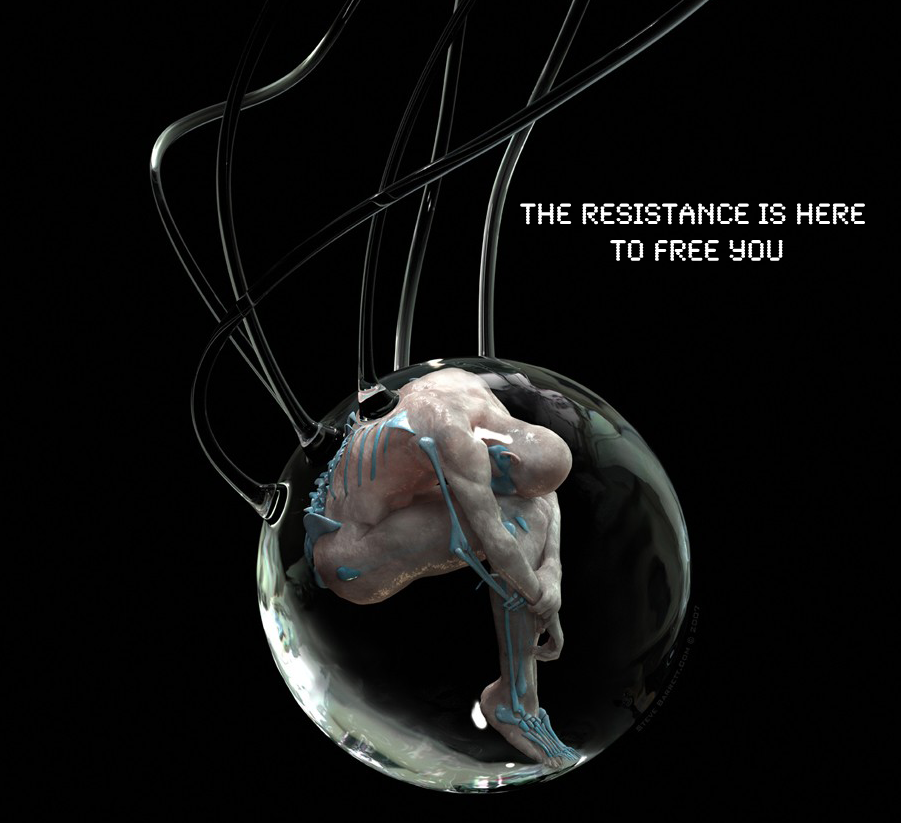 The Resistance was founded upon innerstanding* and serves as a beacon to guide seekers of truth and a bridge to connect total consciousness.

We are engaged. As founder of the Resistance I have vividly witnessed the actions of other sentient life forms displaying a vast level of phenomena and engaging in various acts that remain in most part hidden from humanity. I know for equality and harmony to occur, a full disclosure must take place.

We expose secretive forces and societies operating with various levels of intelligence including sign and symbol who are pledged to perpetuate the scenario of humanities ignorance of natural and universal laws. We see this as our duty.

We encourage no person to give up or forfeit their power to any energies or external forces through worship or obeisance. We recognize this as a hindrance to our goal of emancipating Minds, Bodies, and Souls.

We place great effort in scanning all wisdom and applicational knowledge we present with an emphasis on accuracy. We do this to the best of our ability and to the extent of what we currently know to be the truth.

We recognize you cannot charge a person for freedom and work to make sure imperative universal knowledge is available to the seeker for free in order to be certain the portal to ones higher state of consciousness always remains accessible.


*an action that requires a person to first repair themselves internally so they can properly assist others on an external level.
**A term meaning complete opposed to the common term peace/piece (a pun) which means division.
Protocols - A standard procedure for regulating data transmission between receptors.
If found in breach of the below protocols, depending on severity, one will either be warned or immediately removed from The Resistance.

1. All useless conversations regarding hatred towards members of the site will not be tolerated.

2. Using foul and profane language is not warranted and should be refrained from while interacting with the site. When a curse comes out of the mouth it is a sign that there is a curse within.
3. Profile pictures should not be nude, this includes for males, shirts off, nor should one post images that perpetuate negativity such as demons, deities, zombies, inverted stars, saturnalian geometry, etc.
These protocols will be added to from time to time and if anyone feels like something needs to be included, they may send a request. We have shown with not just words but continuous action that We are here for humanity, it is clear that some do not have such ideas and We are asking anyone that may know of individuals that are here that seek to disrupt The Resistance to either warn those individuals personally or bring it to my attention or any Moderator so they may be dealt with immediately.
Update: December 11, 2010

All posts not in some way related to expansion will be removed.

Update: May 24, 2011
The Resistance is a social spiritual network not a dating network. In the event that a member, female or male, reports that another member is making sexual advances at them that is making them uncomfortable then that member may be questioned by Administration about the situation or may be simply removed for breach in protocol.
This is not at all saying if two people find a mutual spiritual connection they must be concerned. This is however a warning to anyone that imagines all the precious Beings on this site are for there lustful experiences, then they should think again or lose all access to a much more valuable resource. You may report such activity to any member of administration including myself. Wholeness
Update: June 28, 2011
The primary goal here is to bring truth in a format that is somewhat cohesive to our members thus we ask that this stucture be adhered to when posting as to not saturate the Resistance network.

Forum Post:The Forum is mainly reserved for "complete" postings, not one line links or videos. This is the area the contains complete dossiers on subject matter. All disinformation will be moderated and removed.

Blog: We are no longer allowing members to post in to the Blog as the area is now being used for bulletins and our mobile applications.

Videos: All videos should be placed in this area especially when there is no textual content to accompany the video. Placing videos in the forum with no elaborations may result in those videos being removed in order to keep the forum tidy. 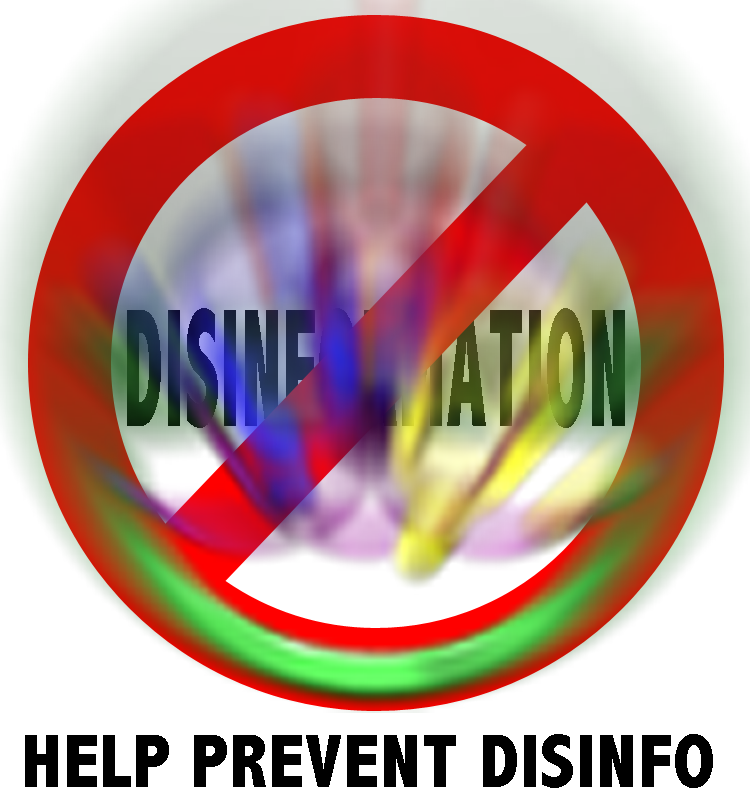 It has come to the attention of many, especially those in tune, that the so-called controllers are after our Energy. However, many have not come to the full realization that how they do this is by causing us to predict doom and gloom and then torment ourselves through fear until the day goes by and we figure out once more that we have been hung out to dry while looking like the boy who cried wolf again.

This has happened with 1999, Nibiru, Elenin, the Olympics false bombing and the 2012 doomsday. False flag after false flag event predicted by the new age prophets who are rapidly becoming false prophets. The definition of a false prophet is one who predicts things to happen in the future and it never occurs. In most cases the individuals who do this move on to the next big event that they can spread their portents of destruction and conspiracy about. It is time this come to an end on the internet and we will perpetuate that with this campaign, however, it will most certainly come to an end on the Resistance Website.

DREAMING ABOUT DESTRUCTION IS JUST AS DESTRUCTIVE

As I explained on last Sunday's Show. You have to realize that immersing yourself in to negativity, especially negativity that has nothing to do with your education, which is generally brought in a fear based fashion, for any prolonged period is going to waste your Energy. Further, many people experience the situation that is being predicted while dreaming and thus for that night they have lived the dooms day scenario and even been drained of the energy. Just about everyone reading this post has had deluge, and comet impacts destroy their dreamworld. Its time we realize the obvious play of the so-called controllers and their system.

Remember Prophecy is for Profit. In Revelations a great deal of death dealing and doom is delivered and it has created a immense group of deluded individuals who just want to see the world destroyed so they can say their God was right. They do not take in to account that according to the scriptures they will also be amongst those that perish with their hypocritical half hearted attempt to obey all of Hammurabi's Code or The Ten Commandments. Such things are for children, I mean how obvious is it that you should not steal and kill.

So called New Age people should see themselves as no different since they at times want the confirmation of the activation of their prophetic ability so bad they predict in every major world event total desolation. You will also notice that these people never use their abilities to predict good news. When was the last time you heard a good prediction like, by the end of next month thousands will be aware and positive energy will sweep the Earth. You seldom hear stuff like that, even though that is the key to perpetuating such things.

So from here on we will no longer be hosting the fear based prophecies which are turning rapidly in to major disinformation. Humanity is grown enough to deal with its problems when they occur. Most people did not start predicting dooms day scenarios until after 9/11 when they all of a sudden became spiritual. Still keeping in mind just about all of the big names in the "occult prophecy" mainstream then failed to predict despite the alarming amount of information that proved something would take place.

IMAGINING THE ILLUMINATI HAS CONTROL IS A FALSE FLAG EVENT

Now it has become a game by the illuminati to make you think something will take place and then play your emotions like a piano until you are drained with a bad case of bleed over in to your dreamworld. To prevent this further atrocity of self destructive soothsaying we will no longer accept posts, blogs, or internal mail structured in such a way. To be clear this should not be confused with dissecting and breaking down symbolism or the inner workings of the hidden hand. It does not mean that one cannot thoroughly lay out the true meaning behind symbolism and activities that take place.What it does mean however is predicting the end of the world and then even getting upset when it does not happen will get you banned from the site.

Lastly I would like to say, what do people truly expect will happen on a positive level when they predict something bad will occur? If I say "a comet will hit the Earth" does that really put people in a position to avoid the impact?  Of course not if anything it only troubles them more especially if they do not have the resources, which most don't, to up root their family to a fall out shelter in the middle of the desert. So the fact remains all of the warnings, if true, will still not prevent the occurrence if it is going to take place. In fact it may cause an event that would otherwise not have the energy to manifest actually occur.

Most importantly you should realize the defense you have in regards to such things on a personal level is located within your Aura and you personal Sphere. If you are in Balance and Wholeness even if you are right in the middle of the disaster you would come out unscathed and untouched. In the face of the hurricane you will notice a grin on the face of the Adept.It is imposible to destroy the Immortal, lets start acting like it. You are the Universe anyway, its not something that has to be understood to be true, did you not notice your Chakras? Expand and help us end Disinformation and False Prophecy which is vampiric not Symbiotic. Wholeness

Developer of The Planetary Resistance

As mentioned these protocols will update from time to time as the network progresses.

We will no longer harbor members who speak of "mounting physical defenses against agencies and organizations abroad" I would like to remind all here that we are primarily a spiritual faction and speaking as such can jeopardize others ability to receive knowledge, wisdom, and application. We see this as the true solution. From henceforth if any conversation of this nature is done in a Resistance forum, chat, blog, private messages, or anywhere else on the site that member(s) can and will be removed without warning permanently.

Lastly I urge all members to stay on track with their spiritual progress and use heavy discernment these days as to what they are entertaining. Take yourself to inner court and judge your inner reflections alone to receive emancipation. Again what we offer at the website is our gesture of kindness if something reaches in to an unbalanced scope we do not entertain it. We appreciate your time and sense in this matter.

This is like a breath of fresh air......thank you!

ShareINAII? Who is this and why protocol...Which one is familiar with over the years.

Permalink Reply by Mike Konieczny on February 26, 2017 at 12:39pm
Thank you.
Looking forward to my Whole Innerstanding and hoping for an i opening journey.

Permalink Reply by Violetsoul Reiki on March 8, 2017 at 4:37pm
Much respected and appreciated toward you and your associates. I will be participating in this evolution lifting of consciousness in this time-space-continuum in this now. Namaste

Permalink Reply by ejwhiterosarockefeller on November 5, 2017 at 11:51am