We found the Daoist Water and Fire alchemy practices to be more body-centered, and thus more grounded and appropriate for Westerners at this time. They emphasize the “below” realizing the “above” is hidden within itself. One Cloud’s Daoist Water and Fire approach translates into the liberation of the spirit hidden within matter-body, and the rebirthing of deep earth consciousness. It is the feminine discovering that yang fire is its true inner nature. We are sharing them because we feel they penetrate and resolve the problem of the BODY which plagues so many meditators seeking perfect union with Spirit.

We all at one point had this problem, of wanting to get out of my body so that our meditations would be more perfect. It is a rude awakening for anyone to realize their desire was not for transcendence, it was at core escapist. What are we escaping? The difficulty of staying here, of living in a body. We are escaping the failure to recognize and accept the spiritual nature of the physical body. We falsely believed if we opened our third eye and come out our crown, that our spiritual journey was complete. That would only mean our kundalini is wide open, but we are only using it to go one way, instead of seeing its circular-cyclical nature.

We are denying how essential the body is to full enlightenment. We now make a distinction between those achieving “head enlightenment” and those achieving “whole body enlightenment”. They are very different experiences. All meditation methods are wonderful gifts. Alchemy is a special kind of meditative gift that is dynamic, accepts the sexual nature of the body, and seeks to refine the entire body into an elevated spiritual state.

Internal alchemy in China is called neidangong, or “inner elixir skill”. It is not to be confused with external alchemy, an art which arose much later during the Han Dynasty (200 b.c.) and involves the laboratory manipulation of substances external to the human body. Laboratory alchemy is more accurately described as a spagyric art rather than an alchemical art. External alchemy is a much later offshoot of internal alchemy. This position is accepted by such prominent scholars as Mircea Eliade in his history of alchemy, The Forge and the Crucible. There is a misconception floating about that because Daoist adepts and Emperors died from ingesting mercury, that internal alchemy was invented as a later alternative.

The “above” is used to control and transform the “below”.

we will only be talking about on this post is, "Inner Sexual Alchemy" 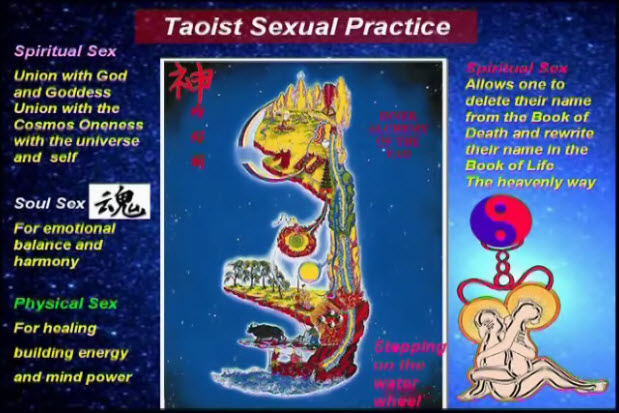 Inner Sexual Alchemy or Lesser Enlightenment of Kan and Lii (Water & Fire). This practice presupposes some skill in the Daoist external sexual cultivation art of semen retention for men and partial lessening of the menstrual cycle in women. (see Tao of Sex home study course). The Kan & Li method of “spiritual self-intercourse” couples primal fire and water qi in the body. This dissolves the personal mind-body split (and its resulting diseases) by coupling and unifying all male and female soul fragments in the lower belly cauldron (the navel center), our center of gravity. 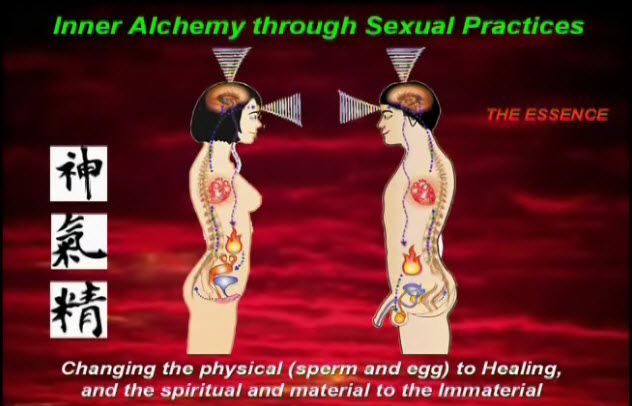 When primal fire and water qi are “steamed” in the belly, it produces original qi that dissolves deep genetic patterns. It opens our Inner Eye and our ability to “see” inside our body and matter. This meditation creates a feeling of spiritual pregnancy, a deep body bliss known as the formation of the “immortal embryo”. 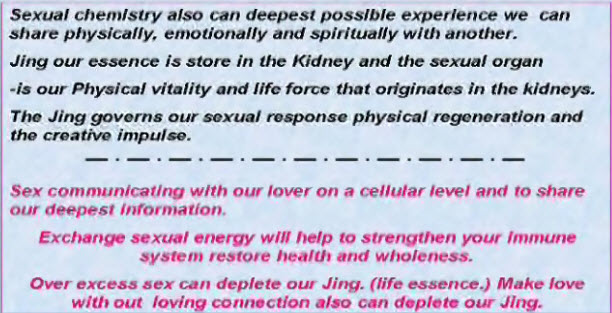 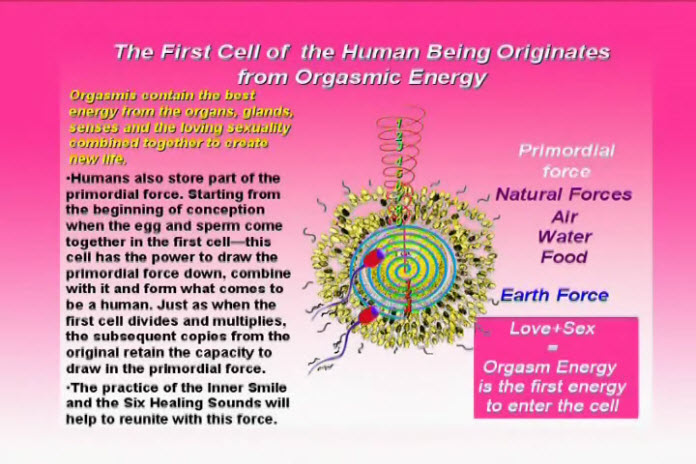 There are many kinds of energy, different levels, which we possess. The one which we all possess 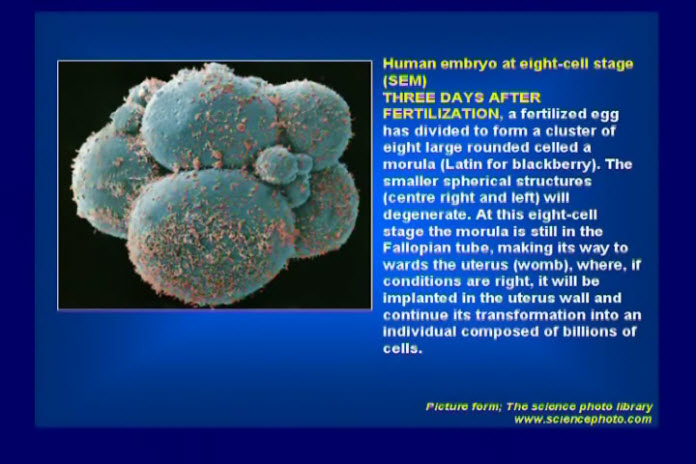 within each an every cell is the energy we call the original one, "Primordial Life Force" or the one that comes from source. This primordial force is also known as our "Orgasmic Energy". All humans store part of this primordial force, starting from the beginning of conception. When the egg and sperm come together in the first cell it has the power to draw down the primordial force, combine with it and forms what is to be a Human/Universe.

If Orgasmic Energy is

from our organs, glands, 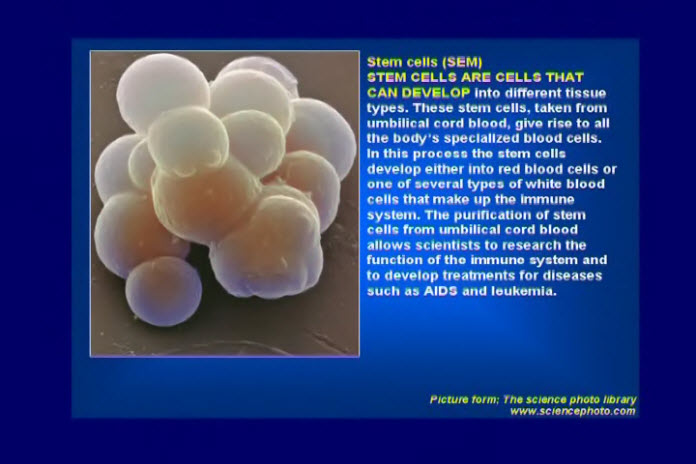 are loving sexuality combined together to create New Life, it being the first energy to enter the cell/shell. Is not a far fetch idea that this source in which we all seek to find at the end of this quest is the realization we are what we have always been searching for. While still not realizing we have been chasing our own tail, the more we seek to go back to the original is only obvious we are moving forward in our discovery of self  into Source/Original. "WE ARE THE SOURCE" ( I tell you now, here(earth/womb) is where stars/gods are born). The sexual energy most resembles the ecstasy that we have during samadhi. Some people enter samadhi and experience the ecstasy, so they are able to control the sexual energy. Most people, when they have not reached that level and they experience the sexual energy, it feels so good that it makes them off balance. Their body cells react differently. Just like after initiation or when you come out of samadhi, sometimes your body feels weird, is shaking, or something.

Samadhi It has been described as a non-dualistic state of consciousness in which the consciousness of the experiencing subject becomes one with the experienced object, and in which the mind becomes still, one-pointed or concentrated while the person remains conscious. In Buddhism, it can also refer to an abiding in which mind becomes very still but does not merge with the object of attention, and is thus able to observe and gain insight into the changing flow of experience. 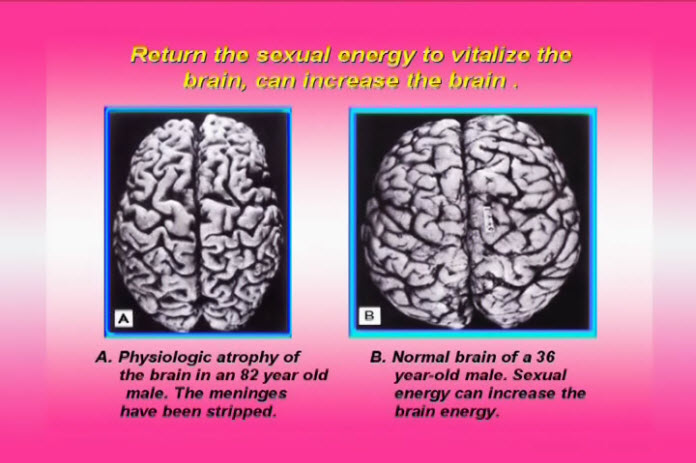 In order for our brain to Experience this we must learn how to cycle our Sexual energy to bring balance and nurture our consciousness,  within each cell which contains our primordial force "Orgasmic Energy". Ones out of duality you realize everything services it self, Consciousness servicing consciousness. 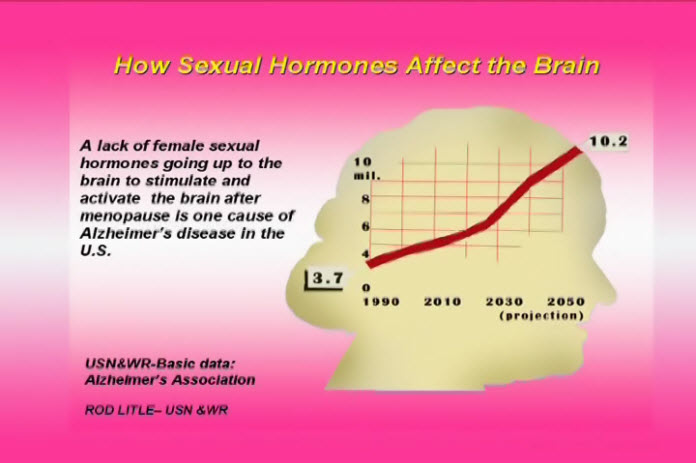 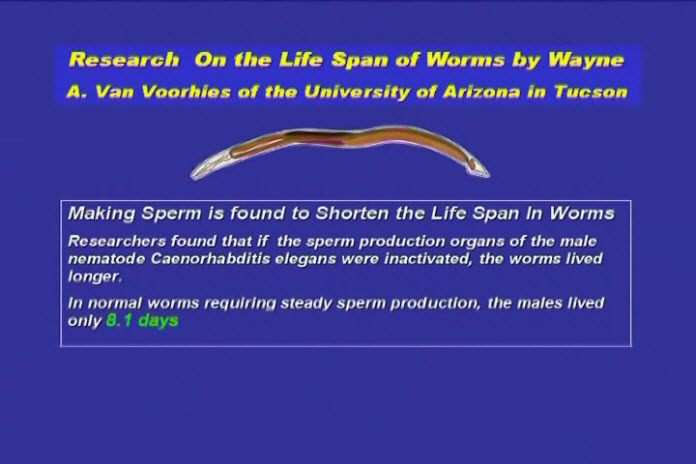 This brings us to something else that is very important. Many men right now are wondering why they have no clear dream recall, no energy, often sick, can't think clear, can't focus, feel like the glass is half empty etc. Likewise some woman are wondering why they also feel these symptoms. The mystery is it has everything to do with the male wasting his Semen. This is why the first male that wasted his Semen in the Bible was destroyed immediately as an example that when you destroy and discard your Semen you are truly doing it to yourself and your lineage. 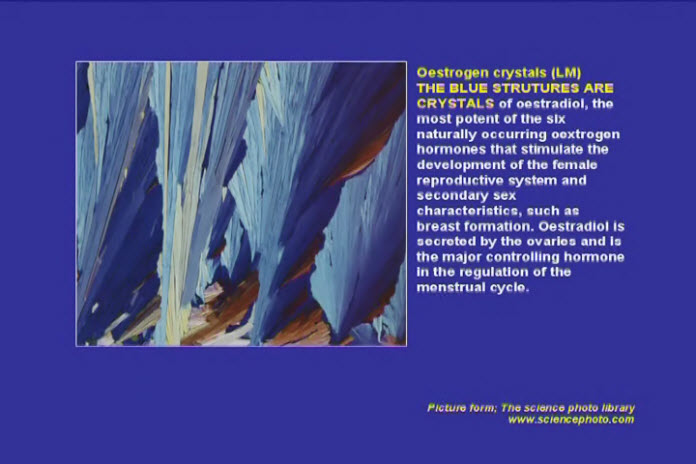 who is Brahma who most are now calling Abraham. When they remain locked in the base of the spin your consciousness basically remains locked in the base of your spine or hell like state. You have very little currency because you have no current or circulation. You must raise them to the more lofty regions or chakras and then you will experience the corresponding change in your life. This is very deep knowledge and will determine whether you make it or not so take it very serious. Any real teacher will walk the Path with his or her students, I'm telling you clearly we are now about to raise the ship, we are starting at level one. I would also like to make a point, they say Jesus was like Man but without sin, then that would mean he was not like man, period. So any true Messiah lives through the sin and then shows how to dissolve it. 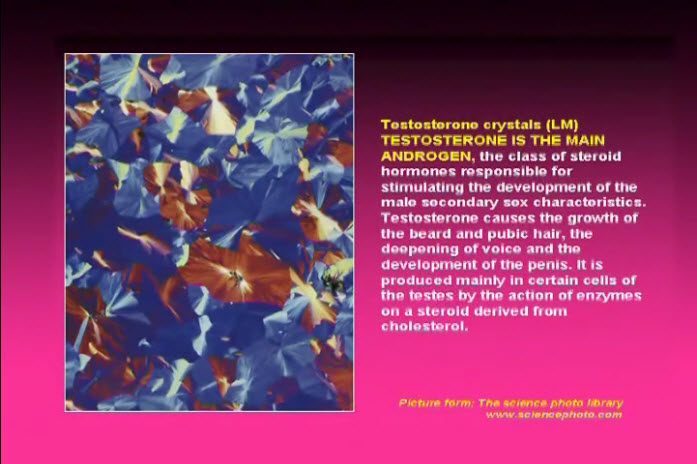 Women who are with a man who spills his Semen carelessly inherits his weakness through kinetics, ever watched a weak man and see how it makes you feel after? The two basically drag down each other. He has no energy thus he cannot transfer energy to her through Shakti contact. The two thus enter a vampiric relationship in which the female drains the male of his seeds and then places them on infertile ground in which they die. This gesture is the atrocity of this Planet, its real Qlipoth. The Seed should never be released unless it is to make a child, a man can have even greater sexual pleasures if he learns the secret to cycling his Semen. When a male has strengthened himself through these techniques and then chooses to have a child this child will not be like the normal offspring of weak men, this is a fact. The baby will come out with endowed intelligence and intellect. - Sevan 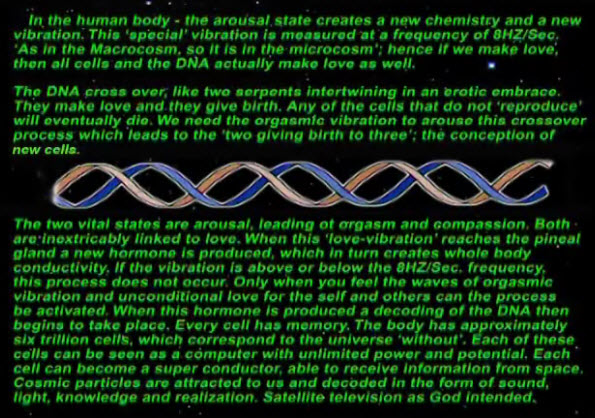 So it should be clear now a unhealthy relationship will prevent you from activating Kundalini. Do not let others entangle you in emotional confusion. 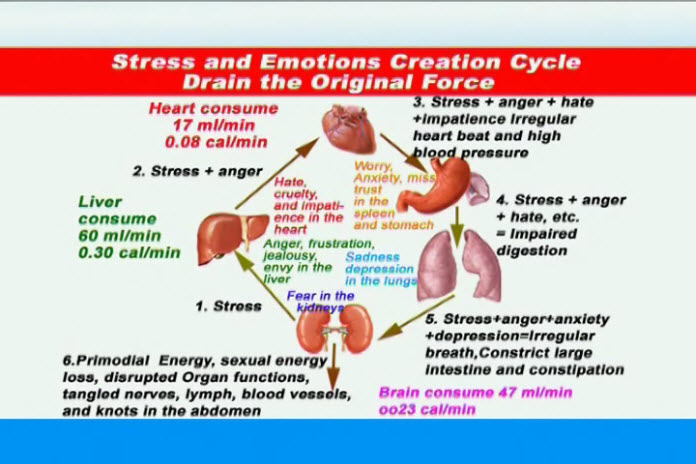 "Compassion is the true compass to Sion!" - 7 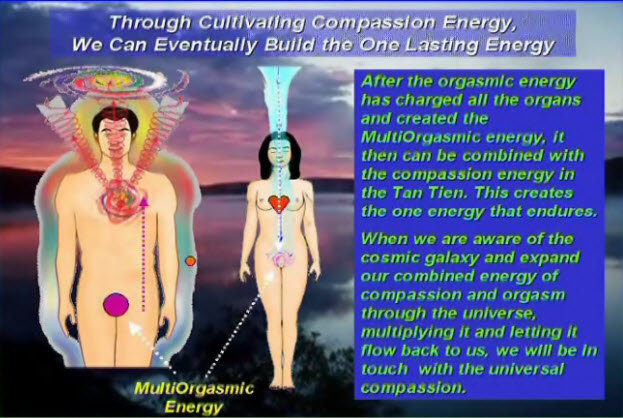 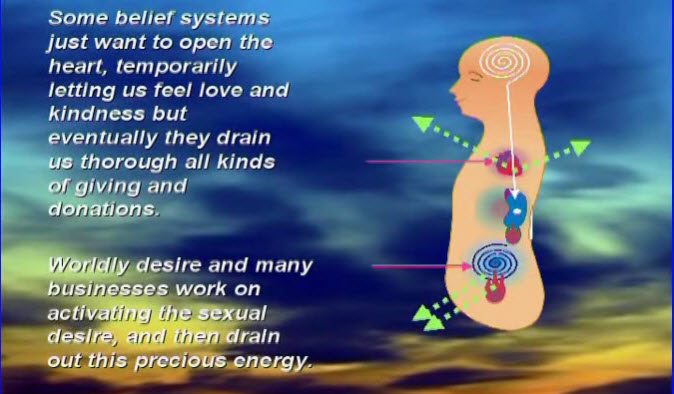 The sexual energy is the most powerful energy we can transform because one sex cell holds our DNA code therefore it can replicate or recreate it self or any part of the human body. It has the healing power of our Primordial Force. 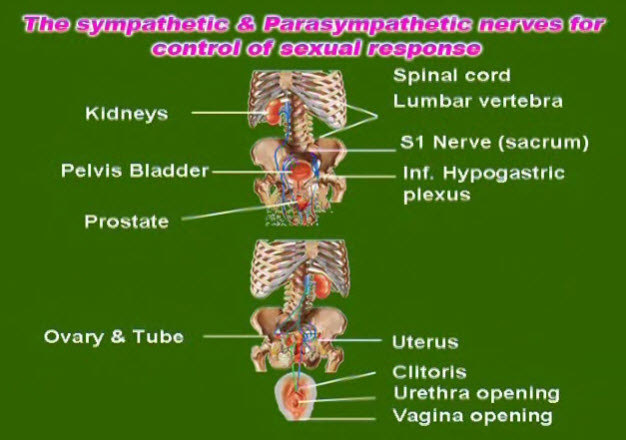 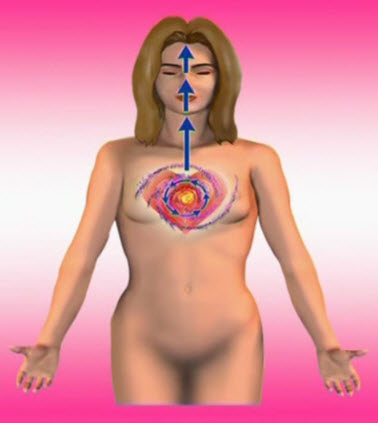 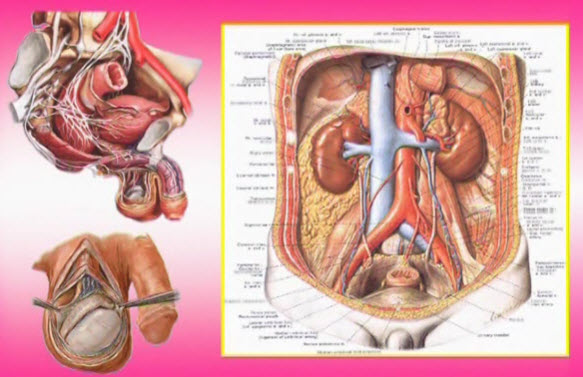 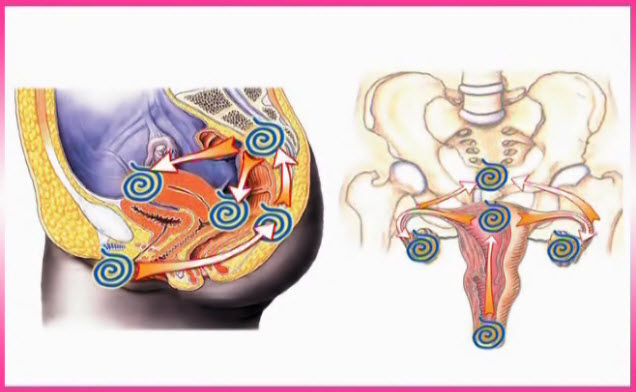 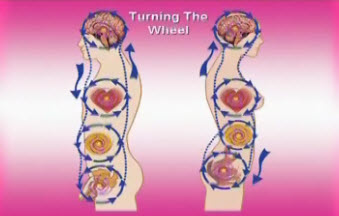 Thats a god question, This as never happen to me, but how do ou fel about it? intuitively? listen to your body. It sounds to me if you keep doing it for a little while longer you will innerstand your energy more since we are all calibrated a bit different, is going to be a trial and error till you learn it which it doesn't take much but discipline and consistency; which sometimes those to are a task in it self. i say give it a few more days as long as you feel better or some what the same keep going and you'll know exactly what to do.

I think its a few things, the block in the center of my back, lower pectorials (low chest) height, which I identified a year ago. Exercises to clear that region are indirect (rolling on it or massaging it), pulling my arms apart is the only one that comes to mind (flys in the gym, and that is largely shoulders). The energy doesn't reach the head effectively, some does some doesn't.

Damage to my wrists and arms that need healing from computer usage, so the energy goes there.

Rubbing my kidneys for a bit too long, they could do with a deeper cleanse from past abuse.

That seems to cover it :)