THE CHOICE HAS ALWAYS BEEN YOURS 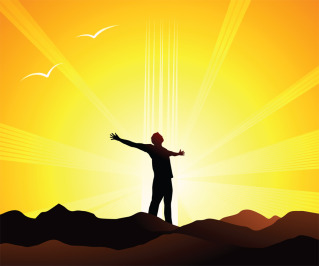 After tuning into a video a few days ago:  https://www.youtube.com/watch?v=AtJMTIF_PAA “Alan-watt-the-reptilian-deception” -  I couldn't help but to reflect and ponder over my own existence, and all the factors that have been put into place  that have influenced my way of thinking; and ultimately my way of living.

Bare with me here as I attempt to articulate my thoughts in a somewhat orderly fashion!

We hear about how the veil is thinning, and more and more of us are experiencing life through different eyes; or rather (opened eyes). But how much of this is determined by our thoughts and what we choose to believe?

Last night, I was taken back to a period in time, which I now have connected its meaning. In 2008, after picking up a book by Carolyn Myss (I think that's the spelling); and then a few others of hers thereafter; my consciousness began to expand in areas that I could not decipher at that time.  I started to remember my dreams; and a few of them were quite profound.  Of course, I did not know this back then as much of my attention was not given to them.

I never felt so more alive.  It is during this time also that I was still attending church (once or twice a month), and what I was experiencing was nothing that was even mentioned amongst people I knew who attended this church; not even in casual conversations.  On a few occasions where we would have social gatherings, I would slip in some of my thoughts regarding spirituality, and the dreams that I was having. Sure enough, I would get these looks like if I am crazy; I was even told that I may have a vitamin deficiency.

As time went on, and my focus was taken away from anything that dealt with inner growth or experiences, I found that I was not remembering my dreams; I was not astral projecting, and fell back into being encircled by everything external - the latest music playing; what was popular on TV etc. I like to refer to this period in time as; my life as a zombie!

It was like I got a glimpse of myself, and then; just like that I disappeared again; only to live my life by what I saw and heard; just accepting everything because everybody saw it as how it is suppose to be: I basically stepped back into the line up.

I think that many people are waking up and questioning their existence, but they get to that point where they do realize that..... OMG... everything that I automatically accepted to be the way and the only way has all been made up - what now? They find themselves at the crossroad - weighing the pros and cons of living an authentic life.

Some people would rather live in denial because they think it is easier - why rock the boat. They rather be guided by the other boats ahead of them, which are also being led down the stream by current of the water. Coming to shore and taking stock of the actual conditions ahead, may very well  provide a better view of why you were being led down one path - a path you chose because everybody before you did.

Pardon my ramble... but getting back to my initial question:

How much of what you are able to see and understand is based on your ability to let go of beliefs that you know only serve to entrap you?

Temperature wise - are you hot or cold?

Are you having a lukewarm existence; and what would it take for you to jump through the fire?

... I'm posting this, in hopes of opening discussion for anyone who is finding them self stuck - sometimes we may have all the answers, and all that is needed to become 'unstuck'  is the opportunity given to be heard. No two people are alike!

Permalink Reply by Amir hendricks on December 2, 2013 at 10:16pm
Ok that you're right about, ive become super ungrounded before but this time it hit an all time low. Idk why i pick the most "out there" info to mess me up, i always KNOW theres a reason why we are in the physical, theres no way that being in the body is a complete screw up that we must leave. The website says "spirituality" is just another science or "seance" to keep you trapped in the light. I dont want to argue the point much longer but as you can tell that information bothers me and im going to take a break from spiritual research. I dont mind questioning my exustence but till the point where i feel like its completely flawed and pointless no matter what, thats messed up. In that case i love the light, theres so much to do in the light and as a supreme being i would have it no other way, thank lucifer in that case lol. Why would i want to be a state of "blissful nothing" maybe eventually. For a bit. But thats boring. Lame anti illuminati people. I dont even care about the illuminati i just want to experience greatness.