LANGUAGES AS SYMBOLS - THE CREATION OF THE MENTAL PROGRAM 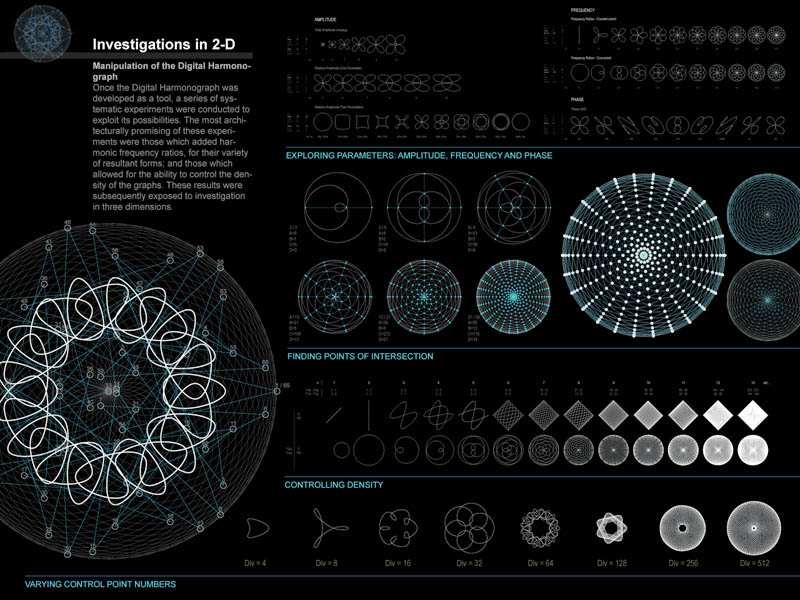 One of the greatest pieces of information that we have learned about language is that when you actually drop an entire language on top of itself it makes a symbol. That symbol in turn becomes a compressed version of the language. So in essence many Symbols are actually whole languages. Let us take for instance the 22 letter Hebrew which is actually the Star of David known by the Adept as a Hexing tool that does not have its origins with the Jews and was passed to them by the Germans.

HEBREW AS A SYMBOL

So of course this lends a great deal of credit to how symbols, words, and languages do actually program people and the question remains, for what? Each language carries a different program and idealism that promptly installs itself into the unsuspecting persons mind. This in fact embeds them with a perspective of how they "think" things work. As I have often stated, until the Universal Language is introduced there will always be disagreements between people whose symbol language is adverse to one another. A LANGUAGE FOR SQUARES ;-)

The idea of languages since Babel has been to confuse and separate. If a person only knows one language and that language is bare bones then they have a difficult time expanding there thoughts and communicating with others that are foreign to them. Let us also keep in mind within the Hebrew language is actually the instructions on how to develop a computer. So eventually the computer would have been developed anyway it was just a matter of time. Those issuing languages know the limitations and time frames of the expansions hidden within the languages.

Out of the 7000+ languages that are available on our Planet all of them have been found to have extraterrestrial origins. The only language we are responsible for are those we have written for the computer. Programming languages however still use the same symbols from various languages so in effect we have not invented anything new but we have now so many. See here http://en.wikipedia.org/wiki/List_of_programming_languages

Columns CO and DO or Computer Programming contain many Rune Symbols

As I have been most concerned these days about simply archiving what has been discovered and at least allowing it to be accessible when it is to come in use for this world this post has been created for me to leave all of the language charts that I have so a member can take these charts drag and drop, and have them in there arsenal of knowledge. I will also be doing a post on symbols which will be far more lengthy.

I hope to develop a software soon that simply allows me to take all the characters, scan them in and then drop them on top of each other in the correct order and position to truly see what symbol governs each language. 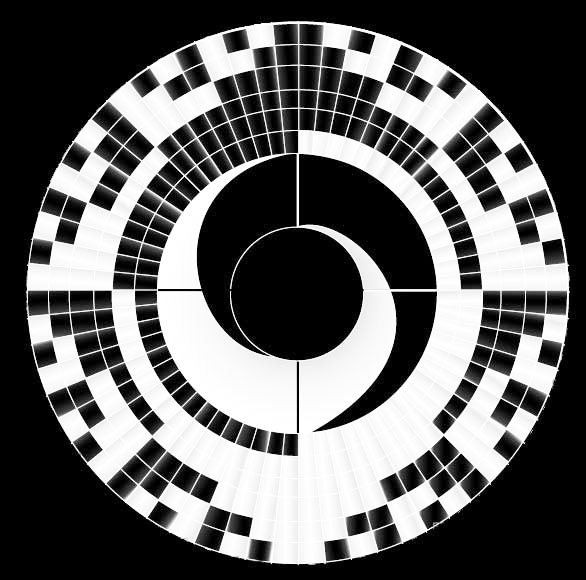 Once again we run into the HEX being used as a programming language for people. In society it seems to me some cultures are more vulnerable to the "clone like" behavior and that can be in large part due to their actual system of belief. Science even says the shape for communication is the Hexagon and thus many satellites, antennas, and other devices are designed as such. 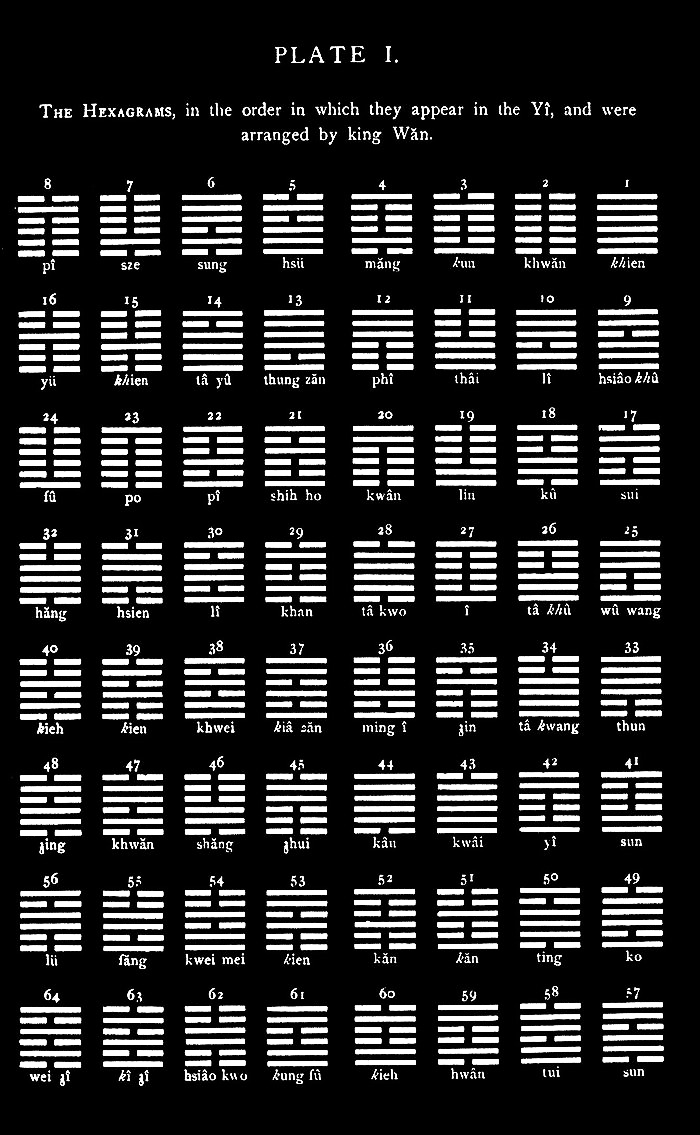 THE LAW OF CHANGES

With all languages there is magical characteristics within, in fact language itself is just about the greatest component to magic as it is the heart of the actual evocation. So thus it is not hard to discover that languages are tools for magic. A THEORY OF EVERYTHING UNDER THIS SUN To many of our predecessors it was simple. In order to bring forth the desired energy one simply traced out the desired energy in star patters and the character itself was said to hold the energy. This of course led to Talismans and then much confusion as man and woman have often been led astray by the stars. 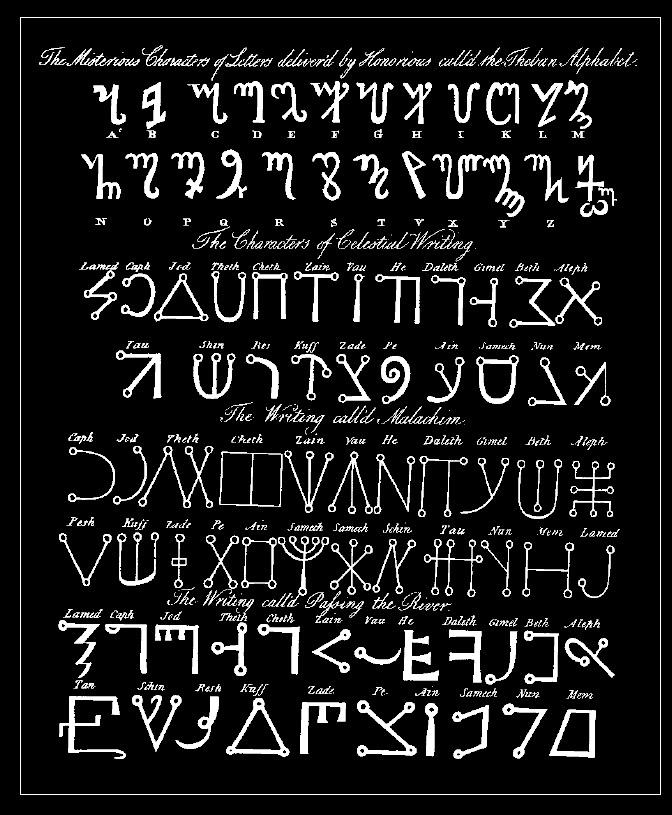 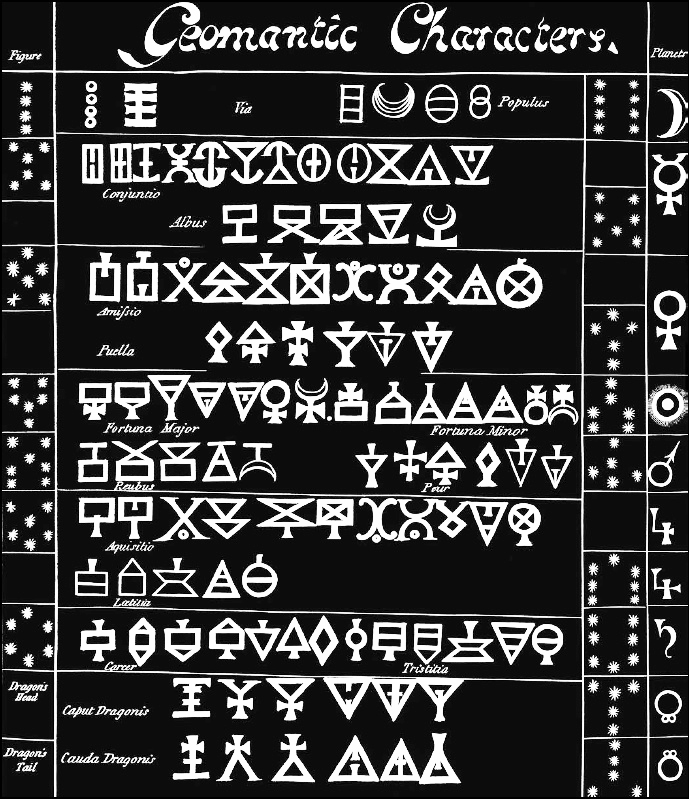 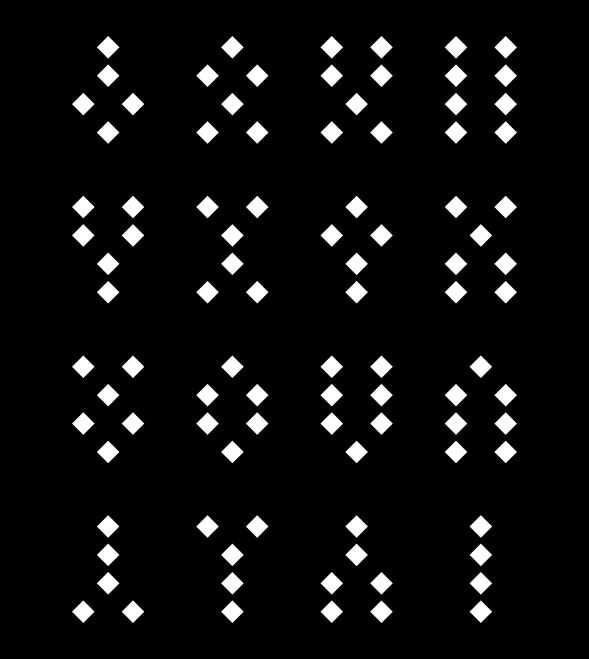 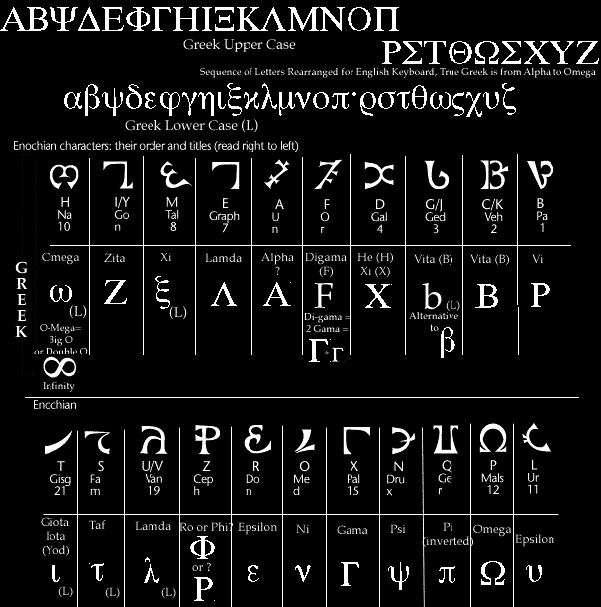 THE ALPHABET OF THE MAGI 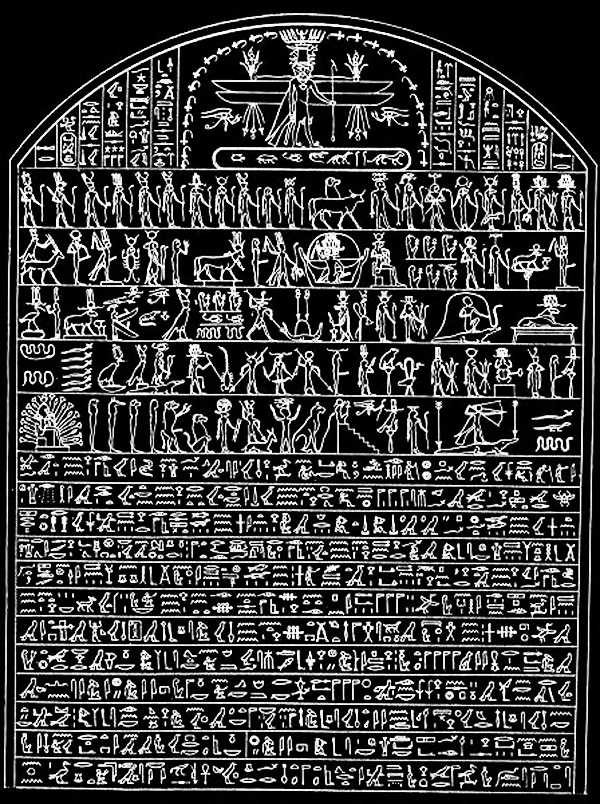 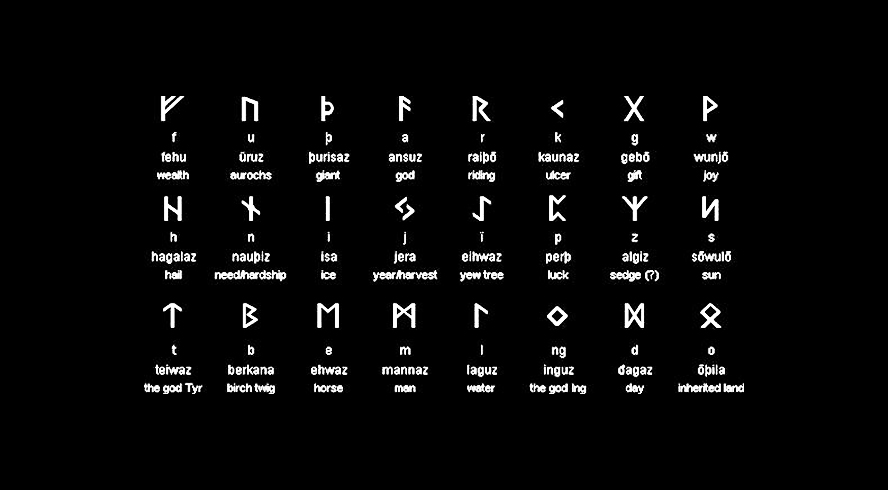 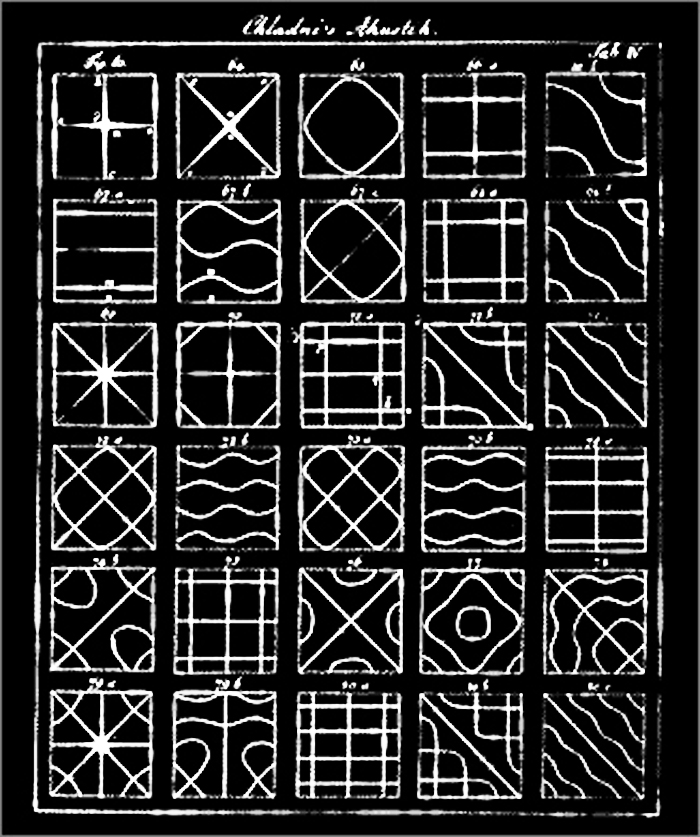 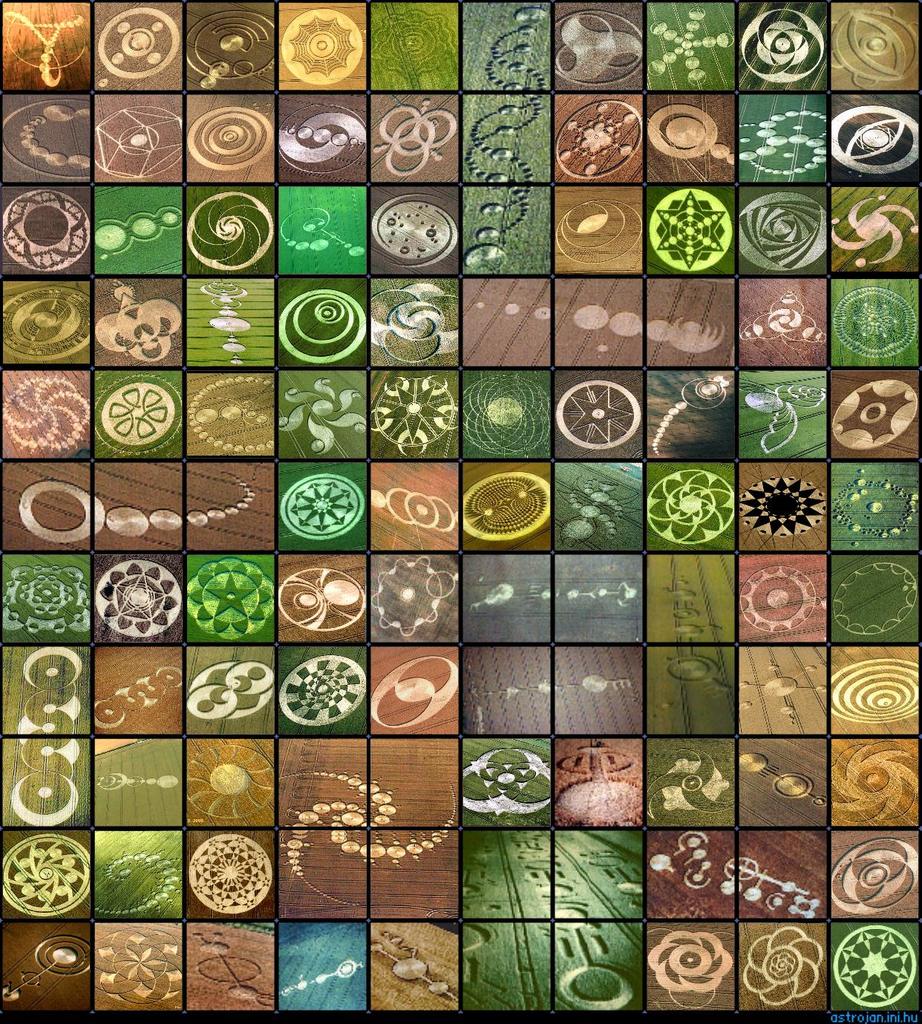 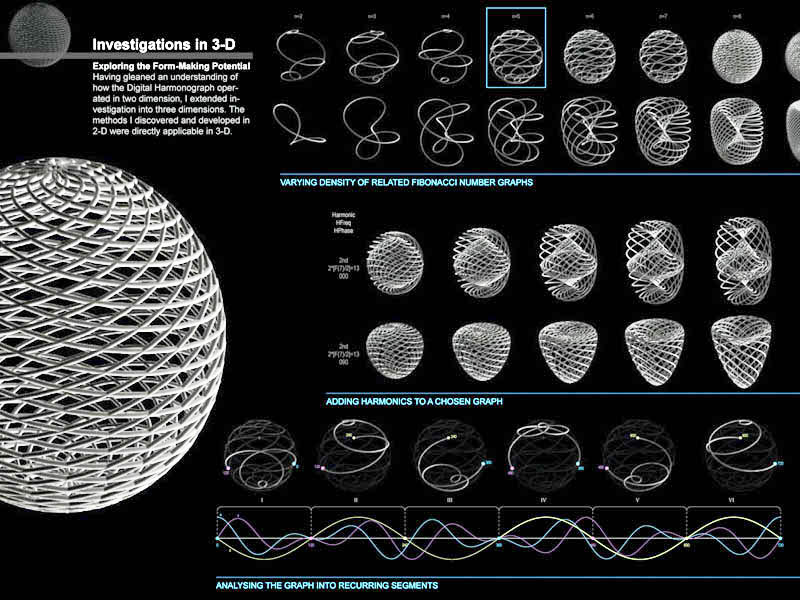 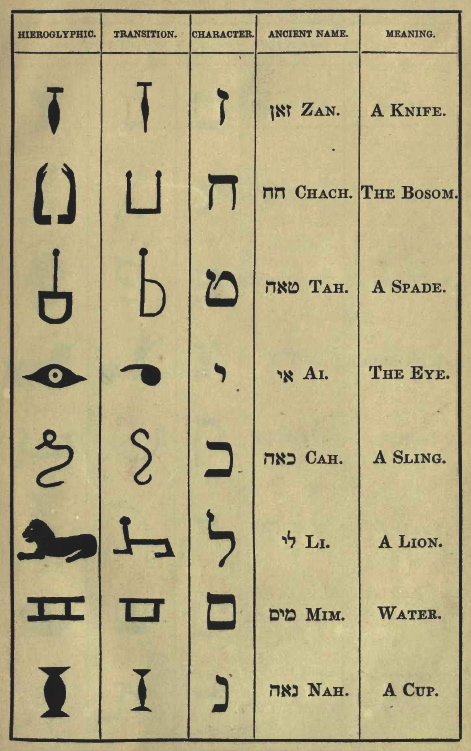 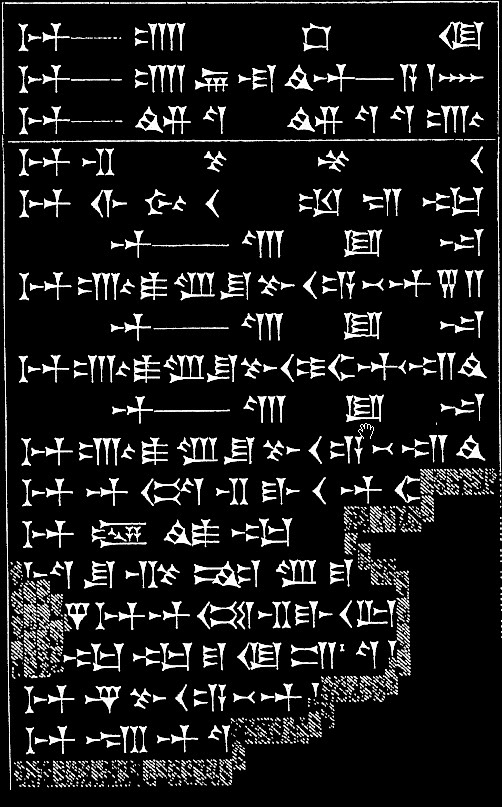 "When the Horn blows none of Sumerian blood can resist". Conan

Interesting this language consists of cones/horns at every moment I just know we are getting closer. 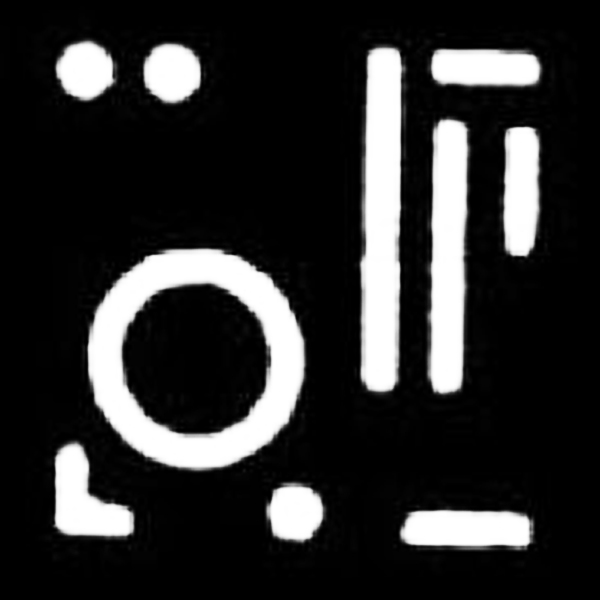 There will of course be more to this I did however want to get this post started so I can add more of my content as I go. I also welcome others to add any input or language charts that are not found here, such as Tamil, Sanskrit and others. Injoy.

Permalink Reply by Denz on December 7, 2010 at 1:00pm
Yes Great Ref Sevan.. Wholeness to that! Also check the Meru foundation Vids that touches on the geometric qualities of the Hebrew letters.

But, there is so *MUCH* going on in all of these symbols...

Permalink Reply by Agito on December 8, 2010 at 7:47pm
hmm very interesting ive always known that there was something about languages. im curious to find out more about this

Permalink Reply by Sevan Bomar on December 27, 2010 at 10:31am
I almost forgot about this post I'm going to need to move it up.

Permalink Reply by the master on December 27, 2010 at 11:35am
Truly enlightening post Sevan.  I've always felt that english in particular was a restrictive language.  I think the more we use it the more entrenched we become in its spells.  Time to solve this rubiks cube.

The hidden language of embroidered art is rich with demonstrations of accessing the Oversoul. There are beautiful examples of the capturing of the unicorn, which can only be achieved by a virgin. The unicorn is our life spirit, navigated by the twisted horn spiraling from the forehead. The coiled horn acts like a magnet drawn towards the virginal womb or inception of the first thought - the place of Zep Tepi?

What ayzik is saying can be found at

The lecture is by Ra-Omar.

Permalink Reply by the master on December 28, 2010 at 2:27pm
I would not say that it's his knowledge...it is everyones... his contribution should be mentioned however.

Some people wave their dogmatic thinking until their own reason is entangled.