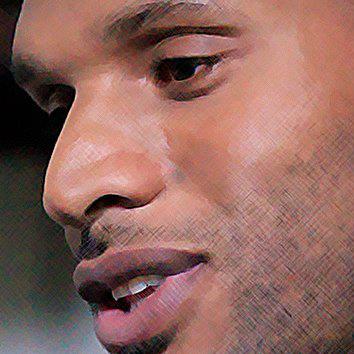 James Evans Bomar III born on October 22, 1978 in Detroit Michigan is the Author of the Code to the Matrix, Developer of The Planetary Resistance and The Wholeness Foundation. He is deeply involved in universal transformation and currently resides in Costa Rica. He is also involved in spiritual activation for all organic species.

James's involvement with advanced states of consciousness came quite early in his life. The son of a spiritually advanced mother he grew up in Mosques, Temples, and Church's examining religions from a vast perspective. Being raised in the spiritual world had both positive and negative effects on his life he reveals. James learned that a great deal of the activity taking place in the religious centers were in fact being conducted by resident spiritual Beings of various persuasions unknown to most and accepted as allies. Due to a great deal of spiritual contact when reaching adulthood this made him well versed in spiritual knowledge but somewhat callous towards the generalized outlook the masses were encouraged to have in regards to spirituality. James sites as an example him being baptized 9 times due to the irrational demands made on his mother by each church she wanted to join which made this a prerequisite for admittance.

Through life he continued to seek inwardly the meaning to all things while outwardly James lived a very diverse life. He has been a Computer Engineer, Gang Member, Pastor, CEO, Prisoner, Enlightener, Telemarketer, Clothing Designer, Convenient Store Clerk, Promoter, Inventor, Cipherist, and many other rare and sometimes controversial positions to arise as a Quickener that can relate to people from all walks of life.

By age 12 James reports using his ability of lucid dreaming to bring other things into this dimension. Assuming everyone was doing this he never brought it to the attention of his peers. Growing up without television, salt, toys, and other things a child commonly has by instruction of his mother he was given spiritual books as a form of past time. James quickly fell in love with spiritual lore and often imagined the world on that pretext alone.

Unfortunately later in life the general idealism of spirituality accepted by the masses began to completely fog his once clear view of the Path. It was during these times that James began to delve into more external feats using his sharp intellect and prowess to catapult himself into fields of external recognition. During these times which James spent in Atlanta Georgia he met many individuals such as Nas, Marlon Wayans, Patty Labelle, Missy Elliot, Dallas Austin, Terrence Howard, Sean Combs, Jay Z, and many others sometimes in passing and on many occasions for prolonged periods.

He says this did not propel his outlook on life in a more positive way but instead had more of a dismal effect on him when seeing that even with great wealth such individuals still did not have a inkling of an answer to the meaning of our existence. He says it was at that point he conceived the idea of devoting his life to bringing such revelations to this Planet in a vivid way, an idea that remained fledgling for awhile but was gaining life.

Then something happened. Through a chain reaction of events James lost his physical freedom and was facing prolonged imprisonment. In the face of all odds it was at this point he began to reestablished contact with the spiritual force that he was once able to so easily weld as a child. This force, he explains, was subtle at first but then began to flood in more than ever. Jail he claims had the benefits of a seclusive environment along with the habitation that allowed one to study for prolonged periods without interruption. 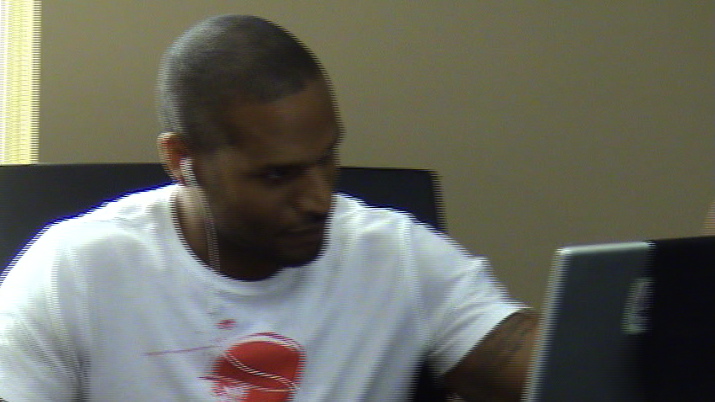 Utilizing this misfortune as a benefit he poured through novels with comprehension such as The Pseudepigrapha, The Apocrypha, The Keys to Solomon, The Nag Hammadi Library, The Book of Abramelin the Mage, The Holy Tablets, The Number 19 Koran, The Dogma and Rituals of Transcendental Magic,  Aish Mezrath, The Sword of Moses, The Jerusalem Bible, and many other highly acclaimed occult works. At a certain point James mentions he ran out of books and proceeded to read the Encyclopedias that were provided reading them page after page until he came to the letter "F". He says at that point more spiritual books began to pour in.

It was during this time that his lucid sleep was more active than ever. James says it was then he realized a great deal of the identities and inner workings of the Beings that proclaim themselves as Lords over the human race. James mentioned that calling the hidden names of many of these Beings while in the lucid plane caused them to appear as they truly were and that it was in that plane they became omnipotent, not in this one. Further James began to recognize most religions as part of a hierarchy or pantheism of malevolent forces that controlled humanity as if they were to be domesticated and made to be slaves when in fact they were in many instances much greater than these Beings.

After a year and a half of incarceration James was released only to come out to a very strangely manipulated world. Despite being finally free again James remarks that he still felt that somehow all the masses were prisoners but could not see it. Prisoners of the language, fear, circumstance, scarcity, etc. but he also knew these misfortunes were brought about by real forces that went about generally unexpected and actually admired, worshiped, and praised.

James says it was not long before once again the weight and density of the world began to drag him back into an external life. He denotes this also being the time that the New Age movement began to pick up quite a bit of steam. In shear fascination he began to look at the materials and propaganda that was being circulated only to discover that more Entities that few knew the true identities of, such as Ashtar Chiron, were making a plan to take over humanities total consciousness. Daily he found himself deeply troubled by this whole situation while being able to divine very little of what to do about it.

It was during this time that James was conducting an experiment with Ultra Violet light which involved trials. During one of the final interactions he says that his mind turned a complete circle somehow. When looking at the corner of the room James went into a 5 minute déjà vu. In this James saw that many were in a cycle, including himself, and that the only outcome would once again be success and then failure unless her somehow discovered a way to implement balance in his life. But that was not all, it seemed the Being that was conveying all of this information had excessive knowledge in regards to the English language and how it, along with almost all other languages, were being used to control us unknowingly.

After receiving and cultivating a great deal of instruction and spiritual energy James set out on a real time mission to enlighten humanity to all of what he had experienced and continues to experience. It was then the Code to the Matrix was written and The Resistance Website was developed. This he says has led to major breakthroughs in regards to the Innerverse, the roles of Organic and Inorganic Life, Spiritual Contact, Ancestral Covenants, Healing Elements, and most importantly Universal Energy. 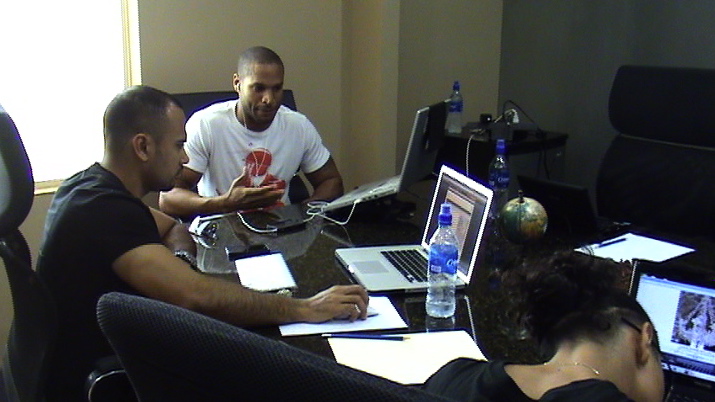 James is currently working in Costa Rica developing a community and virtual institute with the primary focus of Neo-Universalism, or finding the common integers of all Species in order to learn how to build bridges to balanced Minds, Bodies and Souls. In addition he works to further the discovery of the knowledge contained within organic life such as Trees. This comes with what he calls the Organic Communication System.

He continues that man and woman have the ability to communicate with highly intelligent forces that contain endless amounts of essence and advanced languages based on light codes which program the higher levels of realities. He says that basic chemistry has been a major key due to that fact that most elements can be taken into their first monatomic state and then ingested giving the administered the ability of that element. Bomar claims this has always been known and thus many unseen factions and societies have already gained high levels of knowledge about our working Innerverse and how to navigate our consciousness with total control.


He now works in the field of Universal Energy and studies its relationship to Kundalini or what he calls The Universal Mother which James says is conscious and responds according to the individual not any said dogma. He encourages all to reconnect their roots and "powerup" using the awesome force coursing through this Planet and he gives instructions on how to do so. He finally remarks that this force is the only one that can render the malevolent Entities powerless and catapult humanity collectively or individually into higher levels of existence using such energy as a springboard or launch pad for consciousness. 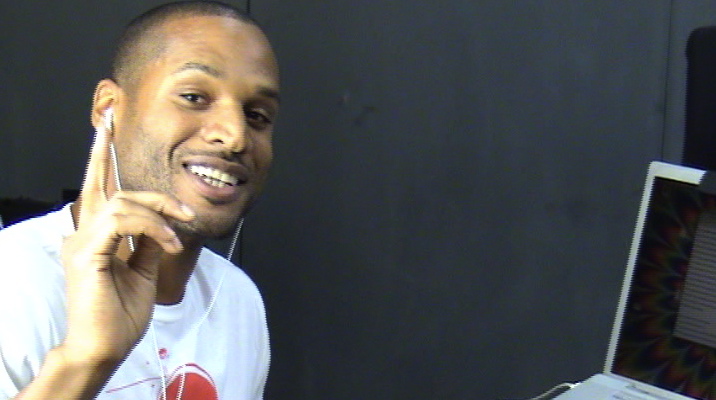 "PERSISTENCE WEARS DOWN ALL WALLS, JUST REMAIN CONSISTENT, WE ARE WITH YOU"

Thanks for the Bio...Just coming back to FB..Left in 2009,needed some time out.finally got my ideas down in writing.The 100th Monkey is my inspiration & the internet will be helpful in respect to When. Greatful for your Presence(OMEN/AMEN) I"m starting to experience syncronicity.After many years of "searching" and dealing with disapointments in this lonely journey,It appears that things are coming into  place.I have reached conclusions and have posted them on my fb wall. After "I AM" is established I offer "ANCESTORISM" as a practical Way(LIBERATION VEHICLE) for My Family Members to Overcome this "Matrix of Powerlessness" Of course I feel a kinship with You on many level and agree with your Goals,Ideas,& Objectives. My focus (primarily) is FUBU/SANKOFA. Using the following Principle as the #1 premise "THE UNIVERSE IS MENTAL-ALL IS ANCESTORS(SELF)" I love the htrz, & I chant "HU MA PA NANA AUM" for GOOD MEASURE..ANCESTRAL BLESSINGS TO AND THROUGH YOU, NOW & FOREVER.

Permalink Reply by Delphine Hill on October 7, 2011 at 11:07am
Thank you, Sevan/James, for sharing your autobiography.  I am choosing to have an understanding of living language (green language/the language of the birds).  Your study of communicating with trees and other elements of nature is good.  Your gifts are good and teaching what you have learned is a benefit to us all.  Many, many thanks.

really brilliant...good to know the whole man behind the curtain

Thank you, at what time did you enter this beautiful world?...

Amazing to read as a reminder :) thank you for sharing

Thank you so much for your raw honesty and open heart. Thank you for creating a space for so many who don't have the understanding or support from friends/family to share, question, or discuss with. I have been feeling a bit stuck in my journey and really needed to find support & guidance. I am looking forward to having a safe space to share and learn with other like minded beings.

question?if if u have abused THC for a long period of time/existence,what combination of ur supplements would u recommend to start with?i have noticed in my case i used this drug as a energy source,i know sounds crazy,yet honesty is a must in this journey.where do u go when ur comprehension of the information is at an adept status,yet ur physical state is neophyte?i am sure the solution is within yet it is obvious u have great insight.THANKS bro for all u are doing,it is a must someone shoots straight with solutions,not just problems.WHOLENESS,THANKS again.