If anyone here has seen Cloud Atlas

There is a scene when character played by Halle Berry is taking with Keith David's character in her apartment and a calendar displays circled dates. The dates 4, 9, 20, and 28 are circled in red. The calendar is for September 1973 . Anyone know the significance?

Here is what I could find:

what if time travel is real and the other 2 were significant but have been altered...

what if ideas about time travel were introduced by time travellers to make us live in our heads instead of our hearts.

it seems like nearly all what if's of philosophy change nothing in regards to the principles we have to live by: courage, compassion, integrity, intellect...

Permalink Reply by Slim on March 24, 2013 at 8:11am
I was thinking there may have been an esoteric meaning to the circled numbers on the calendar. You know how Hollywood is....lol.

"what if ideas about time travel were introduced by time travellers to make us live in our heads instead of our hearts.

it seems like nearly all what if's of philosophy change nothing in regards to the principles we have to live by: courage, compassion, integrity, intellect... "

In the 1997  a big wake up time for humanity, Jody Foster "box office hit" 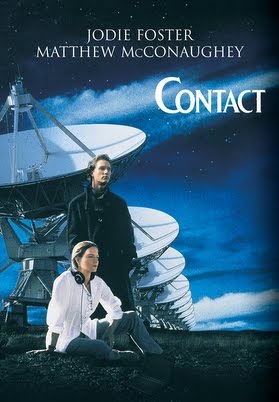 it also appears that Carl Sagan's use of rudimentary computer technology and television equipment, imploded the idea of living in the (head first and then the heart) both ideas were captured... into the major scenes played by the character jodi foster.ro

So indeed an imprint was made in the  macro consciousness for believers of head and believers of heart...possible to Re invent a technological description of space><time  that  the then  "time travelers" were always aware was inside the already MBS Perfect vehicle.

(some even pander the belief that the hippies :-} were on their way to doing it before sagan did the contact movie.)

Contact was a favorite and remains so for the introduction of the visuals of travel within.

something sevan and the resistance astral quest families, clearly innerspire here with a quickening clarity and unconditional, and impeccable intent.to Bridge science and philosophy for the common weeds of man and mankind.

" One small step for man, and a giant leap for mankind"

was that nasa's ideal,  or just  tiny picture pixels on a teli vision movie screen.

So i do inspire to many of your  quoted principles "courage, compassion, integrity, intellect" and in  memberance of some potentials of ageless wisdome,

if and when those attributes, fail to keep me in  whole and balanced..Observation of Self....I find a well spring of inspiration in the poet trees, and the muses (mus i cans)  that are always Present to the Uplifting service of All is Self.  thanks for the post...

there is another link here at resistance to Cloud Atlas

a similar yet different observation, possibly a view of the heart of Cloud Atlas,

noun
Quotations
"I am not a musician. I don't go in too deep. If you have the music in your head, and you sing it with your body, then you'll be alright" [Luciano Pavarotti]
"I'm a concert pianist - that's a pretentious way of saying I'm unemployed" [Alan Jay Lerner An American in Paris]
"online dictionaries can take so much fun out of  the inner standing of words.'

ps. i check in with the Organic dictionaries here at the resistance astral  quest often, to expand to the limitlessness...

I like that word and often inspire always centering my observation to become it...

Merriam Webster, (Merr i am_Webs ter) has re vised his so many times, one could forget the origin of the word.

i member a moment inner time. when  I did not get all A's on a report card.. my birth father told me i couldn't come out of my room until i knew every word in Merriam Webster's dictionary...funny thing...

i got all A"s in everything except Spelling i got a B and that was my punishment for a week...

....  so i guess that was when i first started not liking mirriam webster or his diction aries.