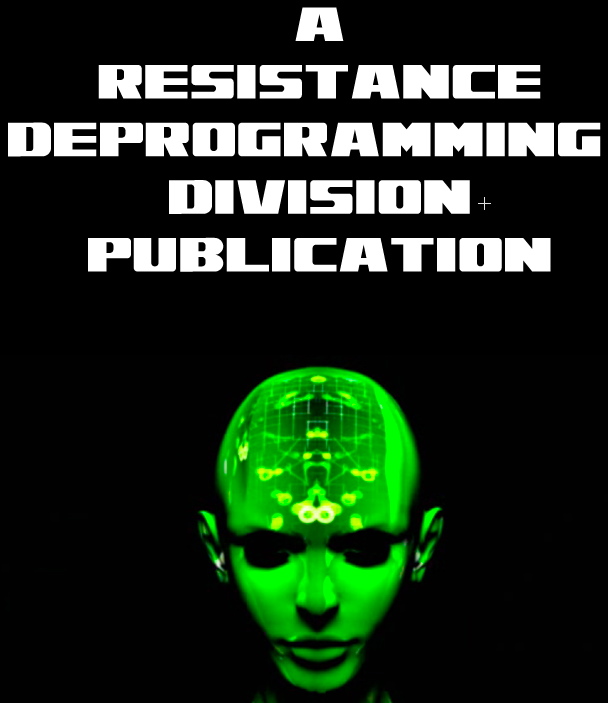 NOW THAT PEOPLE ARE AWAKING THEY MUST BE DEPROGRAMMED

We feel that Alvin Boyd Kuhn's work is a milestone for those involved in the Christian Mythos and its adherents quest to find self. In short such works serve as great tools in deprogramming the modern interpretation of the ancient gnostic teachings as Alvin clearly goes beyond the tradition explanations of his Theosophists peers and breaks into his gained Gnosis. http://www.resistance2010.com

yeah, i remember a very good conversation i had with sevan, naves, evans bomar james, where he told me, about the coming antichrist: he is only anti because he is external.

raise the kundalini, the snake, within, up on the cross (your spine & arms outstretched), crucify & release the ego, forgive others & yourself, and enter the christ like state of being.

don't give your power away, solve the problems you can, with what you have at your finger tips :)

Thanks for this public service announcement sevan, going to read the books now, and investigate some more.

the catholic church really has hell to pay.

the london / olympics / 2012 = ZOIN = reverse (mind can read both backwards and forward and decode it subconsciously), ZION games are... going to be interesting :p

don't believe in the beast (666=technology=man=this world) Believe in yourself and the most high! Re-establish your connection with the most high, and keep it running :)

there comes a point at which the synchronicities and symbolism is too exact, too much in parallel with certain physical things, and older religions, where you just have to say: ok, either, i blindly believe, or i give up and find another way.

i mean, for christ's sake, the place he was crucified was called golgotha: place of the skulls, between two thieves: einstein said, the intuitive (right brain) is a wonderful gift and the rational (left brain) is a powerful servant, we have forgotten the gift and worship the servant: why do you think the LEFT eye is on all the dollar bills etc? yeah, and that coincidentally matches up with all the islamic phobias of the "one eyed man of sin" xD

what happens when you are balanced between the two halves (divided against yourself; the kingdom of god is within/ your body is a temple! ancient egyptian saying: the egyptians actually MADE TEMPLES OF MAN! check schwaller de lubicz). what happens when you are balanced is that: god works through you, because you have kicked out the ego-dog-fake-god, and made room for the real one: intuition goes crazy, synchronicity rings off the hook, life becomes a wonderful adventure never known to you before :)

but it's MUCH SUBTLER than people think ;)

the kingdom of god is within.

well put samuel.right there in what you said is the basic for tearing down the wall,and helping people see whats in between the duality in scriptures and life,thanks for that it is good to hear another an also thank you seven for the materials to reflect upon.as always wholeness.I include a song by atmosphere called trying to find a balance,its pretty uplifting

This site is what the soul needs, full of vital information. It really enthralls me when I re/learn something and then go to another source that is in agreement with what I previously learned. Even more importantly, the knowledge feels right.

Christianity is not only a made-up dogma based upon stolen mythology, but it is also one of the most destructive institutions ever established. Not only has it been used to destroy and keep knowledge from all, it has been used to destroy people, from before the time of the inquisition, through slavery in America, and continuing until today. It has taken the feminine and made it into something vile and dirty. It has stolen, raped, and pillaged everything and everyone it has come into contact with. Sorry, just needed to get that off my chest...

Permalink Reply by Khemet Adisa Bey on December 16, 2011 at 5:09am
GOD GLORY and GOLD. The god concept was used to decieve the so called uncivilized and rob them of their gold and at the same time get the glory. A very cunning tatic.

Permalink Reply by Khemet Adisa Bey on December 16, 2011 at 5:23am
Thinking even deeper the scandrals were so cunning they remixed ancient  kemetic knowledge  and  brought  back  like  they are  the  original  authors  and  conquered  everywhere  they  went, even in  the very  land  they stole the knowledge from.

Absolutely, that is why they say "go one faith, don't question". Because once you start to question and really look at true (not the made up crap) history the origins of what is called christianity become very clear. That is why they (meaning christian leaders) like to hide behind the veil of so called mystery. The only real mystery is why they have gotten away with it for so long.