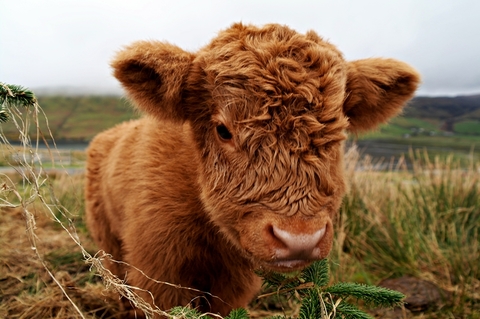 What you say is also true.

However there are two approaches to a problem or challenge in life that we can't seem to get beyond. Neutralise it however that is done, or just move on. I have been part hybridized not just on the physical level either, I can accept that, I also accept everyday I repair my DNA with what I do. Bruce Liptons work will help show you that DNA is a list of possibilities that create the body. He also speaks on charge shaping the proteins which is really interesting as far as repairing hybridization goes.

http://www.youtube.com/watch?v=nU_0BwbNsH4 - So a hybridization of it would of course limit potential but not remove its possibilities which are quite vast, I also understand that as Dan Winter says that gaps in the DNA take you out of the spiral of life as charge cannot move between them as easily, on the very cellular level. For anyone wondering what I am speaking about DNA is in fact a spiral, which carries signals, just like a galaxy is above you, or nature creates in a snail shell, flower, the underside of your finger tip, and your life if you move in that way. Called the golden ratio/Fibonacci sequence.

There is some discussion that consciousness itself shapes the possibilities of DNA, that I am unsure on but I do think even the mainstream is beginning to accept his work that perception/mind influence what the body can and cannot do, how you heal and how you live to an extent. You can see examples of this in society every day, on the biological level its the proteins that shape themselves depending on the signals they are sent.

NB here is a fruitarian for you that runs marathons :)
http://www.youtube.com/user/TheFruitarian

Here is a Breatharian that cleanses with salt water, though of course he will tell you that there is no such term :) as the body makes just enough water to sustain itself in saliva. When perfectly balanced, we must cleanse though as the very air we breath is too toxic otherwise.
http://www.jerichosunfire.moonfruit.com/

I will be doing fruitarian again when either A, my income allows an organic fruitarian diet, or B, I move to the southern hemisphere where fruit is a tenth of the price, or C, the universe surprises me ;) Tried it for a week but it was too expensive currently in the UK.

My own interpretation is nature is always trying to correct the imbalances, its merely a matter of following natures steps, and ingesting what it naturally gives out without man made interference. However hopefully i've referenced enough to give you something to think about.

I became a vegetarian about a year ago. The first week i felt drained of energy then my body adjusted. Now I fell better than i ever have. The thought of eating meat upsets my stomach now. It should be looked at as eating one's own flesh in my IMO.

The Killings are for the buyers, Thus buying is the same as killing. Therefore meat eating will obstruct your spiritual path.

The taste and smell of death on one's breath is not so sweet...

Last resort then i would probably eat meat to survive. Spiritual path for me exists its hard to explain. Something you have to experience. If you go inside your own temple enough you will find it.

Consciousness is when you become self aware, a self contained system that exists within a larger system, able to make choices rather than be moved by the order of the system in which one exists. Plants and animals generally exist in harmony with the biospheric order of the system that we also inhabit. Witnessing balance of nature is spectacular, its a beautiful dance of survival, reproduction, and adaptation / evolution.

We conscious humans do not adapt ourselves in the manner, we choose to fight the balance with mass agriculture, farming animals, and the commodification of resources. We adapt our surroundings to suit us instead of adapting ourselves to our surroundings. Yes, there are indigenous peoples who live in better harmony, and they often eat meat in a respectful and thankful way for the provision of their food.

Its the intention behind the consumption you see? Some south american peoples will even ask permission and thank the plants they take from before harvesting them. Modern humans like to disconnect ourselves from the source of consumption, we package meat in neat plastic wrapped, refrigerated packages. We make handbags out of other species skins. We genetically modify crops without consideration for the biospheric interference, whilst geo engineering the weather and polluting the water, earth and sky. We frack the oil by blasting the Earth whose gifts we thoughtlessly consume without gratitude, ever demanding more.

And then we suffer cancer and disease, failing to see the metaphoric connection.

Its ok to consume anything, we are free to choose. Physical existence involves the consumption of that which surrounds you. Just because something is more like you (has feelings, has a face) doesn't make it any more or less of value and worthy of respect.

So choose for yourself, trust your spirit if it feels right or wrong. But consume thoughtfully in all things, gratefully and with reverence for the source from where it came. But also respect your body and your consciousness, these are unique gifts that can be cared for as you care for others and your surroundings. Consider where the money you spend goes, what it facilitates, and if your soul is ok with that. Im using a laptop, it is manufactured by industry, it contains a battery which becomes E-waste, it consumes electricity which comes to me by ways which harm the environment. Im thankful for each sacrifice the environment makes allowing me to use this device, but i see it as a step in the expansion of awareness for me and many other people through the freedom of information and communication. etc....

Dont support systems of cruelty and fear by your consumption.... if you can help it. We probably all do unwittingly by paying taxes I guess lol. But at least we should think about it. We are all connected and our collective attitudes are important. Lets not be mindless consumers.

So funny that pop culture gives us vampires (justification of consumption of others) and zombies (mindless consumption). How blind are we that we dont see the connection?

I am thankful for the sacrifices of all living things so that I may live.

I fail to see how consuming meat will hinder my spiritual growth. I have never felt more weak in all of my life than when I took on a strictly plant based diet. The sacrifices of animals is not entirely in vain. I am not a glutton. I am a man on this planet. The apex organism in this world's physicality and I eat meat to give me strength and to sustain my life.

Permalink Reply by joelp999 on December 11, 2013 at 12:02pm
this is the logic i agree with.... everything consumes to exist in this level of existence. The intention behind the consumption is what matters, what do you intend to do with what you consume, how do you utilise the energy, etc... Respect, gratitude, and careful intent, loving the source and the self and others as best you can when consuming to sustain this life.

i mean... there are plants that eat meat and even kill, like venus fly traps and pitcher plants, i saw one eat a small bird and a rodent in a documntary.

But we make conscious choices seperated from the biospheric system, which some believe is a conscious entity in itself (i do) where as the plant is not seperate but an unconscious part of it, just as our body contains entities that are part of our body system. Animals show differing levels of consciousness but are still largely in harmony with the larger system, and the consume each other following the patterns of creation.

Permalink Reply by lucas on December 13, 2013 at 3:05am
hi you clearly have answered your own question.... the question i have for you to think about is are you wanting the permission of others to ease your cognitive dissonance with your eating animal flesh... ? love to you xx

worse than eating  flesh is feeling guilty. when u reach the right over standing/comprehension of what it really means, you may find your appetite for animals has vanished or lessened. everyone is at a different stage of growth regarding how they nourish themselves but sooner or later we all face the inevitable damage that decayed carcasses do to our bodies. have mercy with yourself and have compassion for the life lost to feed you.consider other ways to flourish and enrich the planet you inhabit. a selfish vegan may not be better than an altruistic meat eater….but at the end of the day if you can go to sleep knowing your body is not festering pus and poison you'll be all the more refreshed when u arise. I've been vegan, raw vegan, vegetarian, etc etc. currently I'm still indulging in the sea creatures knowing i don't need to but not denying my own creature habits.i'll let it go when i truly know thru experience that that is the only way i can move forward without harboring thousands of worms.