ALL IN THE DRAGON FAMILY - MASTER KNOWLEDGE - AUDIO AVAILABLE

As I learn more languages its all connecting so rapidly. What I have further discovered is whatever took place at Babel with the confusion of languages resulted in each tribe taking a part of Earth's history within their languages. This means until the time came when men and women from all parts of the world would start communicating again they would not know completely what happened in the past. That time has only just arrived recently for the dispersed flowers we are.

The Cons have weeded out those who "knew" in history and basically over time just about all have forgotten as it was beat and bred out of them. Now a change in things occurs, something not anticipated, something that cannot be prevented. Total emancipation is becoming available.

Recent Code Cracked: Sports - "S" Ports - The "S" is the symbol of the Serpent. A port is a gateway and or stargate into another entity/consciousness.

It has already been discovered that the geometry within the baseball diamond and the basketball court is that of energy draining configurations not to mention they leylines they are built upon.

The concept is to have the person choose a team. Instant unwarranted duality begins. For instance Pittsburgh is actually a hidden name for the Illuminati. Pittsburgh was actually the first capitol city of the United States before it was changed, check it. So what will the Illuminati be "stealing" this time. Could be that economy.

Next I found that many of that athletes are connected to the ancient bloodlines of the giants, hence their extreme size and physical capability. People should know the Nephalim were sent to the center of the Earth. Is that not the same place they keep saying the ascended master are from and live? It all before us now.

To incite these athletes more there is generally no limit to how many supplements and chemicals that they are giving them that is allowing them to remain trapped into that small competitive portion of the brain called the "R" for Reptilian Complex.


NEPHALIM ATHLETES from Sevan on Vimeo.

Note: Due to the high demand for this document you may have to access it by clicking HERE if the widget does not load. 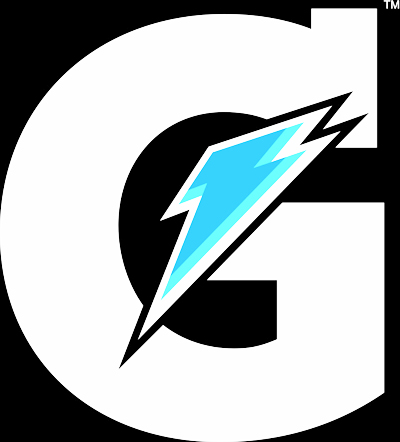 THERE CAN BE NOTHING MORE MASONIC THAN THIS LOGO

A "G" WITH A LIGHTENING BOLT

THE REAL QUESTION IS WHAT IS IN THIS STUFF

YOU CAN'T TEACH A OLD REPTILE NEW TRICKS, OR CAN YOU?

Lastly I keep hearing the same thing over and over from people. "Where is your proof, where is your proof". As if we lack proof. Never let anyone make you believe you do not have proof, it is a jedi mind trick. This document below is enough proof for any surface thinker to see they omitted looking deeper into things. This should allow them to ask the question within themselves about how many other things they also may have not looked into, especially their religion.


For those in denial. Can one of you when the next exalted god who has inflated itself on other peoples energy shows up make sure he knows I opted out of the wars between Saturn and his son Jupiter and I'm off to harmonic perpetual equilibrium. Be sure to forward all space credits accordingly. :-)

This is a not too current yet re-occurring news of importance about these Planetary leaders most keep smiling at. They know I know.

Note: Due to the high demand for this document you may have to access it by clicking HERE if the widget does not load. Audio is embedded within the file.

Good point from Ayzik as well. Superbowl 45 coming up.

Permalink Reply by Varananda on February 1, 2011 at 10:08pm
Within our very DNA (the chain) the dragon code exists and plays out everyday on the quantum level beyond our conscious perception. The EM force of these codons attract PPCE (people, places, circumstances and events) to you, creating the illusion that you call your life.  You are cooperating with this energy, and  even believe it to be your life, not even aware that "your life" is in fact the dragon's heartbeat. How this is happening? What can you do about it? The Answer is within you.  I dare you to process your chain, and discover what the drag-on your life is. Stellar post Sevan, Thank you :)    Interesting what some of the referee's wear in the S-ports.